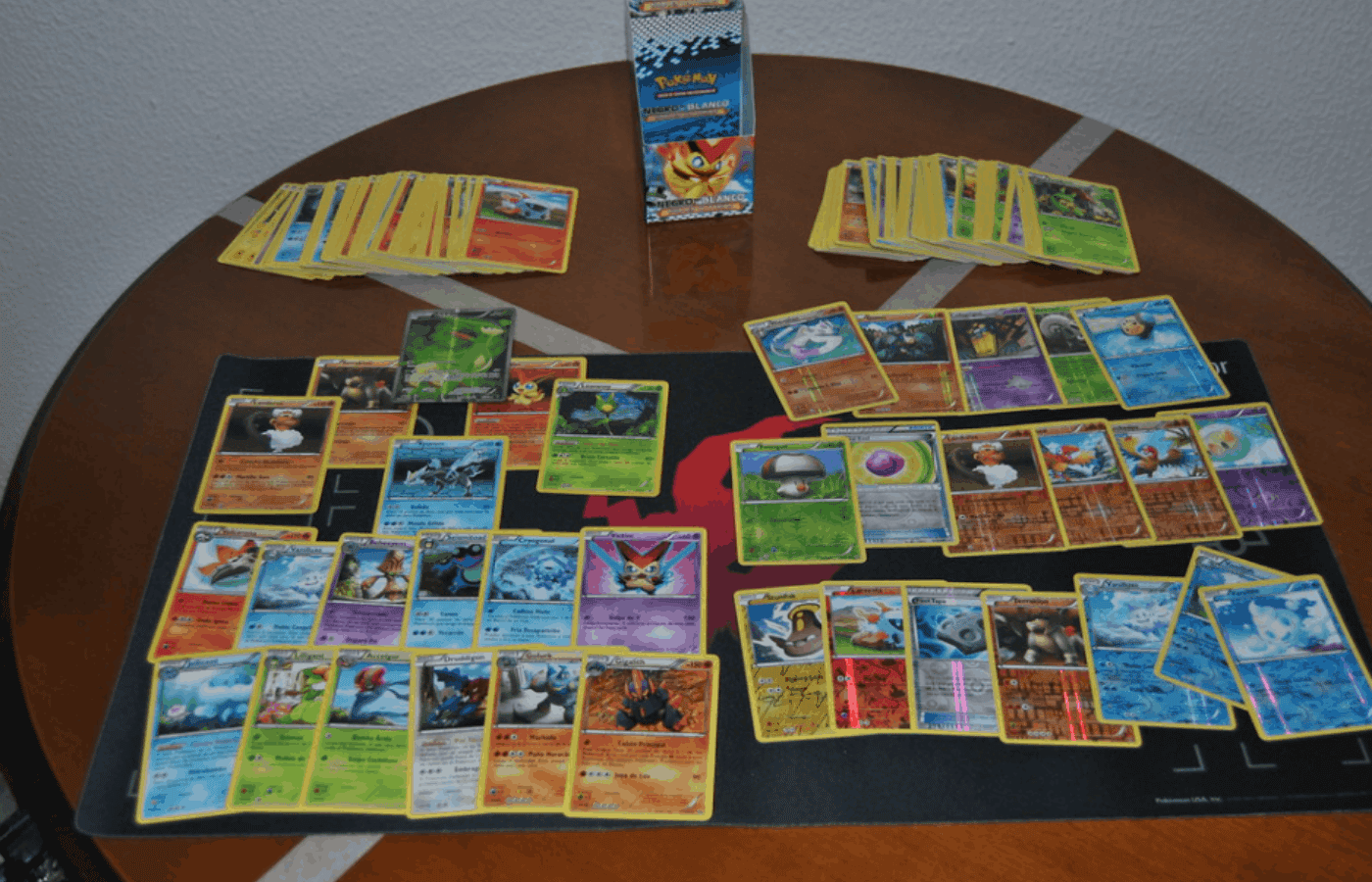 When you are building your deck for a play session at Pokémon, then it’s time to do a little strategizing. Adding in different energies and other advantages into your 60 card army takes a bit of thought but that’s what the game is all about! So, can you mix Pokémon cards from different series?

The answer is no. With tournament play, certain sets are selected beforehand and you must arrange your deck from these. For simply a fun game with a friend, sure, you can mix any cards as long as your total is 60. Today we’re going to talk about the finer points of play when it comes to a mixed and matched deck.

We’ll talk about whether or not you can mix in older cards with new, if said older cards are legal in tournaments, and give you a more concrete example of what you can expect if you need to arrange a tournament-legal deck. Let’s talk about which Pokémon you can play!

Can You Mix Old and New Pokemon Cards?

There are 3 scenarios in tournament play where you may mix old and new Pokémon cards and these are as follows:

To check the current price and availability of the current Pokemon Booster Boxes, click here to view the wide selection on Amazon.

Can You Use Older Versions of Cards in Standard Pokemon?

Pokémon support has actually addressed this issue and we’ll share what the official stance on the issue. Basically, only cards which are included in the Modified format are going to be allowed to be used in official Pokémon events.  Modified format was adopted for several reasons, so let’s expand a little on what support has said.

The primary reason for this is accessibility. If older cards are not rotated out, then new players would essentially be forced to find cards which might be 5-years old or older, just to stay competitive in cases where these older cards are high-powered. This could balance the overall fairness of the fights, and so the Modified format was built to address this.

Secondly, allowing only newer, specific sets helps to keep the game interesting, by forcing players out of their comfort zone by making them create a deck with different cards. This makes for an environment where one must constantly challenge their creativity to consistently create new paths to victory and helps to keep tournaments fresh.

Finally, employing specific deck combinations ultimately allows for more balance, as it reduces the number of combinations that can be put into play. This is important, because if you factor in new sets and all cards which are say, just 5 years old, then the amount of combinations is exponentially increased.

By limiting the sets and expansions which may be played in tournament, there is less chance of an unanticipated combination that might give one player an unfair advantage in tournament play. So, unless your older card is represented in a newer set then the bottom line is that you most likely will NOT be able to mix older and newer cards.

Are All Pokemon Cards Legal in Tournaments?

No. Cards which are legal for tournaments will be specified beforehand. The best way to check beforehand is to go to Pokémon Play news to check for updates or to visit the official page link for the tournament which you wish to attend.

This will let you know what formats will be played at any given event, so you can look for Extended and Unlimited formats but just be aware that these might not be options at every tournament. By way of example, here is the official word on expansions from the Pokémon Play news that are listed for 2021:

Further expanding on which cards are legal for play, a new standard is being adopted that can help you identify playable cards very quickly. You may have noticed that the Sword and Shield series all come with a letter included in the artwork and located in the bottom left-hand corner of the card. This is called a ‘Regulation mark’ and it’s now part of the rules for play.

For the year 2021, cards with a regulation mark labelled ‘D’ in the bottom-left corner will be playable in tournaments.

Newly released cards may NOT, unless they have been released a week or two before the tournament, so if you have some newer cards that you wish to play then you should double-check just to be sure if they have only just been released.

Today we’ve talked about mixing and matching your Pokémon cards and as you can see, when it comes to tournament play the rules are definitely more restrictive about what you can play. To keep things fresh, only certain sets will be allowed and older cards only if they are part of that set.

Any changed attack values in an older card must be noted, as they will be considered to be in effect, but beyond this you can play whatever you like as long as you are using the cards chosen for that specific tournament.

Beyond this, if you are just playing with your friends, then feel free to go wild! Mix and match to your heart’s content, as this can certainly keep things interesting, and this will give you a chance to play some of those rares that you’ve gotten on the sly when your friend wasn’t looking. Just rest assured that you likely won’t be using those rares in tournament play!