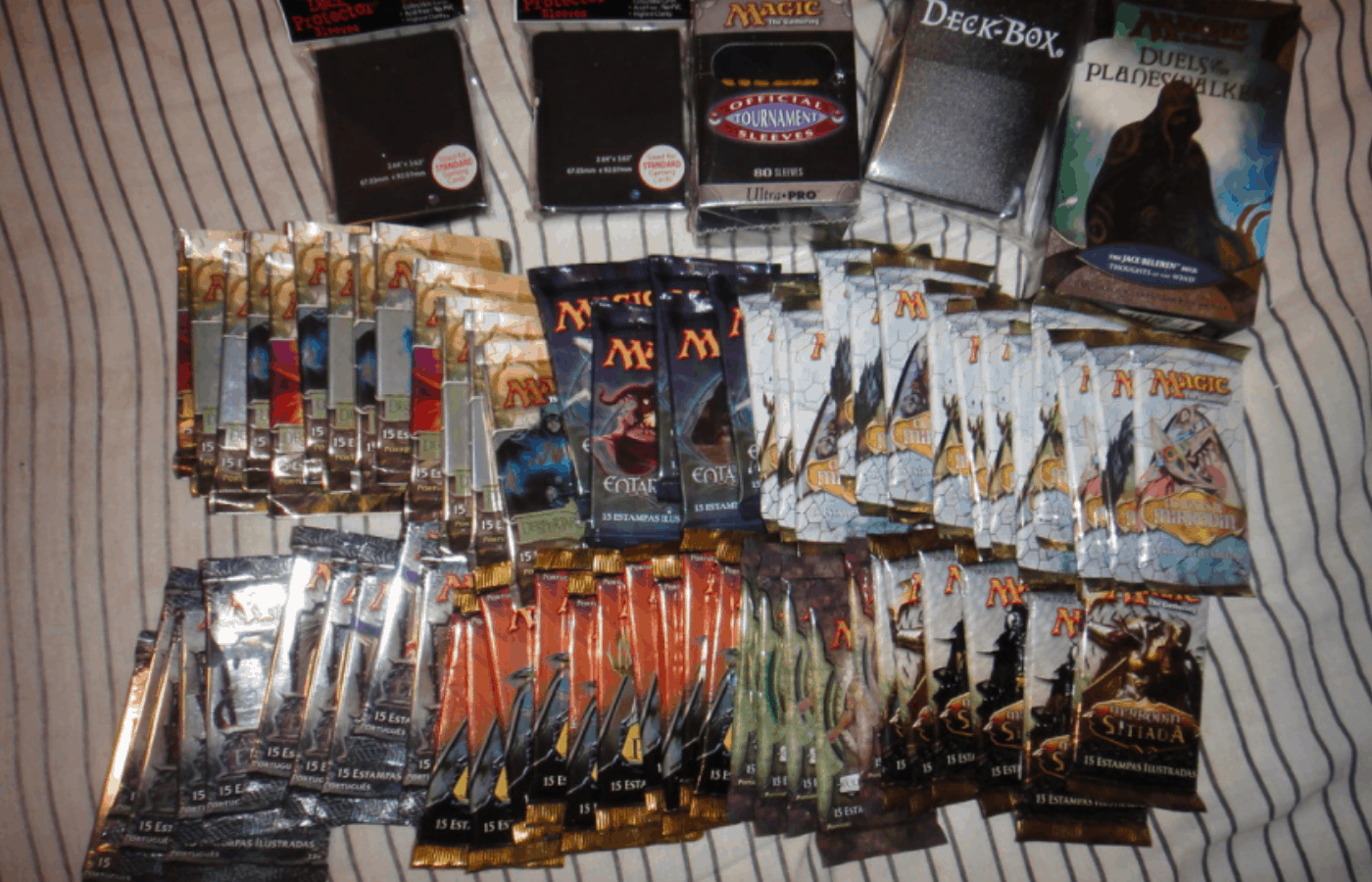 There have been some statements that said if you weigh your Magic the Gathering packs you can determine which packs contain a rare holographic card. The claims say that booster packs will usually weigh between a certain number of ounces, and if the package weighs more than that number, the pack will contain a rare card.

There is a huge discussion on whether or not this procedure actually works to determine whether or not there is a rare card inside. After some research, we have found that it is not very likely to accurately weigh a MTG pack for an increased chance of getting a rare card.

Why is this process not accurate? It is said that rare cards and regular cards are produced the same way. It is not true that rare mythical cards weigh more than regular cards. There is so much variation between two batches of cards that it just isn’t possible to compare them by weight.

Why Can’t You Weigh MTG Packs to Find Rare Cards?

If you think that you can weigh Magic the Gathering packs to find rare cards, you will be surprised to find out that this is not the case. All of the cards, rare or regular, are all manufactured and produced the same exact way.

All cards are printed on the same paper with the same kind of ink. Weighing the packs will not help you in any way to determine what kind of cards are in the pack. The only thing that weighs more is a foil card, which still is not guaranteed to be a rare card.

How Much Does a MTG Booster Pack Weigh?

If you are wondering how much one single Magic the Gathering card weighs, we have an answer. One single card weighs 1.77 grams or just over half of an ounce. There are only 15 cards in a booster pack. That means each booster pack weighs around 26.62 grams, which is just under one ounce.

The most accurate type of scale to use when weighing cards or booster packs is a scale like this one that measures in tenths, or .00

How to Identify a Rare MTG Card

To determine if a card is rare or mythic rare, you will need to look at the expansion set symbol. Just about every single card will have a symbol on it that will help you identify whether it is rare or not. It is the color of the symbol that you will want to pay attention to.

Both foil cards and regularly printed cards will have the symbol to let you know if the card is rare or not. While all foil cards are not rare, they do still have a chance of being valuable.

There is also a website that you can visit that will give you information on every card that has ever been printed, including the rarity of a card. This is a quick and easy way to determine if you have a rare card in your set of cards.

Which MTG Cards are the Rarest?

There are ten main cards that are extremely rare and really difficult to find. Which cards are they, what do they do, and how much are they worth? Let’s take a look.

The Black Lotus is the rarest of the rare cards. When you use this card, it adds 3 mana of any color to your mana pool, then it gets discarded. This card can be played as an interrupt. This card is currently valued somewhere between $16,380 and $20,000.

The Mox Sapphire sits in the third rarest card spot currently. This card allows you to add one blue mana to your mana pool. This card can also be played as an interrupt. The value currently sits between $4,800 and $5,500, but it is currently climbing.

Time Walk is a super cool card that gives you the power to take an extra turn immediately after pulling this card. When you use it at the right time, you will have the upper hand against your opponent. This card is currently valued between $3,600 and $5,000.

The fifth rarest card is the Mox Jet. This card gives you the ability to add 1 black mana to your mana pool. This card can be used as an interrupt. The value of this card continues to rise, but it is currently valued at $3,500.

Just like the other Mox cards, the Mox Ruby allows you to add 1 red mana to your mana pool, and it can be played as an interrupt. The value of this card very subtly changes but seems to be pretty stiff around the $3,000 mark.

The Mox Pearl lets you add 1 white mana to your mana pool, just like the other Mox cards. The value of this card is similar to the others around a solid $3,000.

The Mox Emerald allows you to add 1 green mana to your mana pool. It is also valued at a solid $3,000.

Tropical Island is commonly referred to as one of the most valuable Magic the Gathering cards. It counts as forest and islands, making it affected by spells that affect either type. You can add either forest or island to your mana pool. It is valued between $2,600 and $3,000.

The final card in the top 10 list is the Timetwister card. This card allows you to set a new graveyard pile. You are allowed to shuffle together your hand, library, and graveyard to make a new library and draw seven cards for a new hand. When this happens, all cards currently in play stay where they are. The value of the card sits between $1,950 and $2,500.

It has been said that if you weigh a Magic the Gathering pack you can tell whether or not the deck holds a rare holographic card. The claims started by someone saying that a regular deck will weigh a certain number and a deck that has a rare card in it will weigh more.

It seems like this would make sense, right? Unfortunately, these claims are not true. Rare cards and regular cards are made the same way, on the same paper, and with the same ink. That means that a rare card will weigh exactly the same as a regular card.