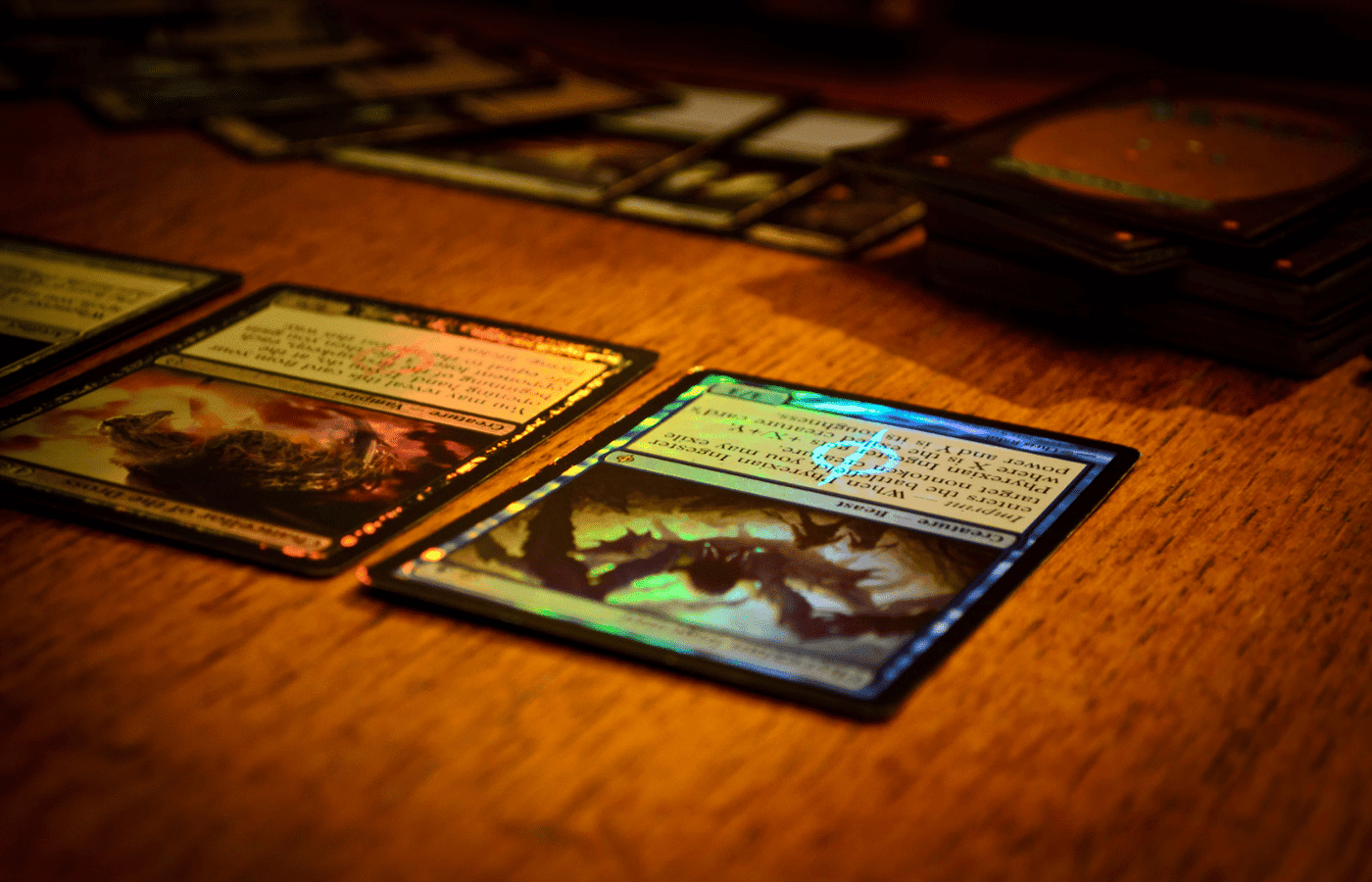 If you hunt around for single Magic the Gathering cards, then you will very quickly notice that some of them can be on the more expensive side of things.

We are talking $5, all the way up to $1000s. Why? Well, there are various reasons. In most cases, this is due to the playability of the card, and in other cases, it is due to the rarity. Vintage cards that are no longer in print, but are very strong in a match, will be insanely expensive.

There are also multiple formats in which you can play Magic the Gathering, and they all have different barriers of entry when it comes to how much money you will need to spend on a deck in order to be competitive.

One of the biggest influencers of a card price is its value in the current meta, which usually refers to the standard format of the game. Standard is one of the most popular formats around as it uses the most current cards in the game.

There are hundreds of theory crafters trying to create decks that will pummel all the other decks in the tournaments, also referred to as a meta deck. It’s a deck that is so powerful, that many players hop on the band wagon to reap all the benefits. Here is a website where you can check the most currently played decks in the meta, as well as an average price.

New to MTG? Check out this two deck starter kit, on Amazon, that comes with instructions and everything else you need to learn how to play your first match.

These become apparent at big events and tournaments. As a deck starts seeing a lot of wins, other players notice and start to build the same deck or make a better variation of it.

Magic the Gathering is a trading card game. This means that it is meant to be played. Sure, there are a few cards that you can sit on and they will gain value even if they do not see much play but, at the heart of the game, the value of a card is dictated by its playability.

We are sure that you know how to play Magic the Gathering. This is a game that is about building up decks of cards. People spend a lot of time crafting the perfect deck. Once a card starts to appear in top competitive decks, then the value of the card will start to climb in tandem. The more valued a card is, the higher the price.

Now, some cards are going to hold their value a little bit better than others. This is due to the various formats that Magic the Gathering has. The main ones that you will need to be concerned with are:

A format that includes cards only from the most recent sets of the game. Many of the cards in standard will only hold their value for as long as they are playable in this format. They will have very little use once their set has been cycled out.

This format covers every single set from the 8th expansion onwards. Cards retain their value incredibly well here because they are never going to be cycled out, although bans may happen on occasion, albeit rarely.

This format focuses on common rarity cards but can cover every set of Magic the Gathering. This was originally designed to be an affordable format to get into but, as you can imagine, once the format became popular, those cheaper cards that worked well in the format started to see major price increases. Cards in this format hold their value well once they increase.

A specific game mode (plays differently to the normal game) and can cover cards from all years of Magic the Gathering. This format changes regularly, and some cards that used to work well in Commander have seen their value fall, either due to reprints or the card no longer being viable.

A format that carries the most expensive cards as ANY card from the history of the game can be played. Some could be valued at tens of thousands of dollars. A great example of a vintage deck is the Black Lotus Deck. Not a format for those light in the wallet! These cards hold their value incredibly due to the rarity, plus the fact many of them will never be reprinted.

A long time ago, people that invested in Magic the Gathering cards started to get annoyed that Wizards of the Coast reprinted them. This meant that the value of their ‘investments’ was wiped out overnight.

Wizards, technically, cannot acknowledge the secondary card market as the game would come close to gambling. However, without acknowledging that market, they made the decision to add some cards to something known as the Reserve List. These are cards that they will never print again.

If a card is on the Reserve List, and it is playable, then it is rare. This is going to cause the cost of the card to rise drastically. Although, because of the rarity, even cards that are not playable in many formats (e.g. Dream Halls or Mana Web) still retain a decent value.

What Are the Most Expensive Magic Cards in the World?

Weirdly, the most expensive card in the Magic the Gathering world is a card that is banned in nearly every format. The only format that it can be played in is Vintage and, unlike other cards, you are only allowed one version of the card in it.

This card currently retails for about $20,000, and that is for a card that is in decent condition. For a pristine condition version of the Black Lotus, you best get a second mortgage out on your home!

The reason why this card is so popular is for two reasons. The first is that it is probably the most powerful card in Magic the Gathering history. If you play this, you get 3 mana on the table, and it doesn’t cost any mana at all. Get this in your starting hand? Say hello to an instant win! The second is that it is rare. This is a reserve list card, and only 4,400 of them are known to exist.

Outside of this, any card in the Power 9 should be very expensive. These are the most powerful cards in the history of the game, and all can be found in the first 3 sets, never to be reprinted. Black Lotus is one, but the Power 9 also includes:

These come in at various price points and playability in the game (some are banned in most formats), but expect to be paying several thousand dollars for each of them, no matter the condition. The earlier the set the card is from, the more it will cost.

Magic the Gathering cards can be expensive at times. There are hundreds of rare and valuable cards due to the many different formats that Magic the Gathering has to offer. This can make it tricky to get into the hobby as a new player.

Some formats are more expensive than others, pick one that is within your budget and have fun. If you are looking to crack into the hobby, attend a few drafts at Friday Night Magic, or buy a Challenger deck.

You won’t end up with the greatest of cards, but you will end up with a decent amount of playing experience under your belt. Over time you can buy new cards to make better decks and experiment in other formats.