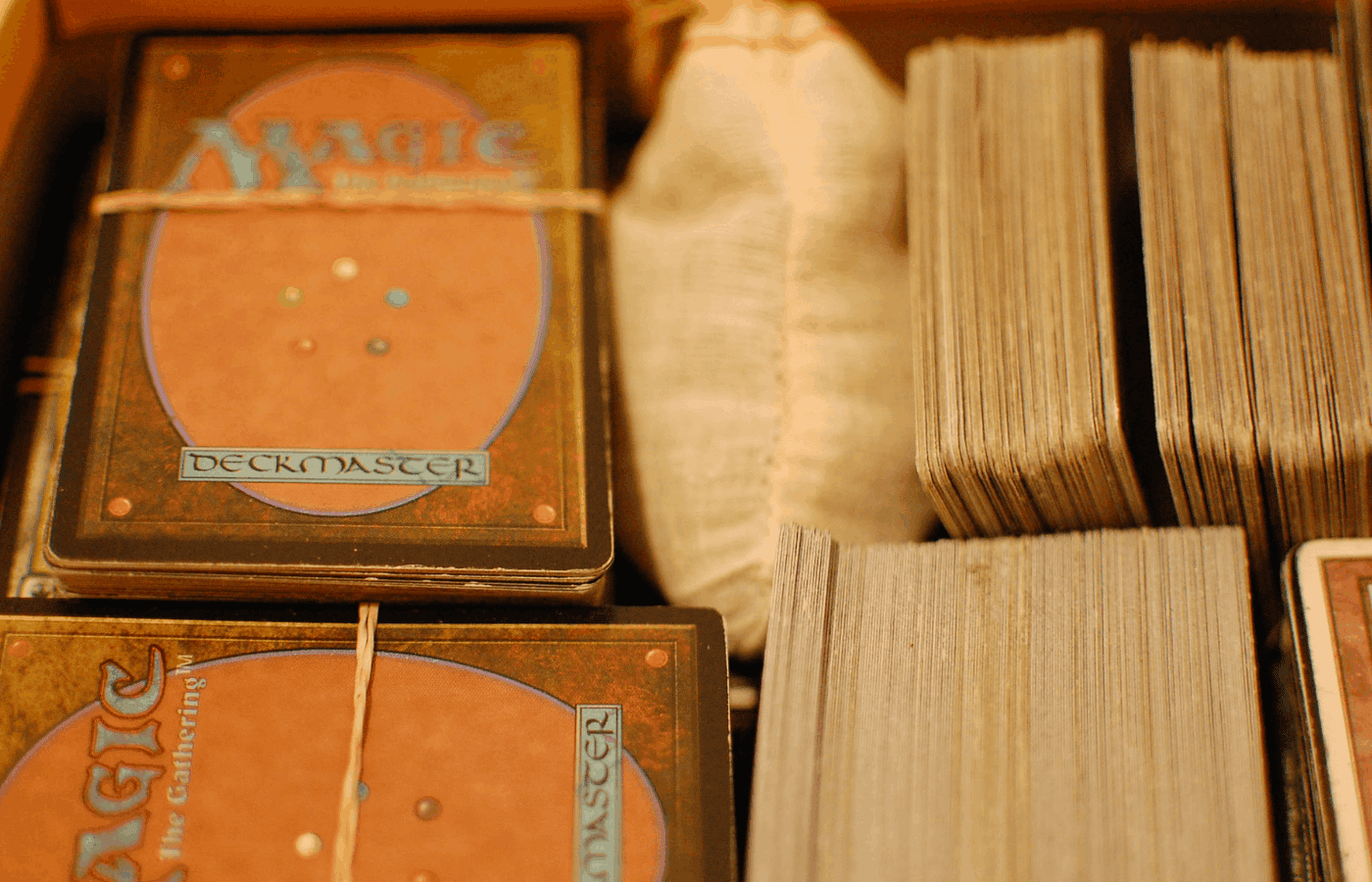 Back in 1993, Richard Garfield invented the idea of the trading card game. This game went by the name Magic the Gathering and was released by Wizards of the Coast. This is the game that every other TCG is based on (Pokemon, Yugioh, etc.). Is Magic the Gathering still popular today? Despite being well over 30-years from the release date now, it is still an immensely popular game to this day.

Magic the Gathering has been released in over 70 different countries, in a multitude of languages. Each and every year, multiple sets are being released, and people clamber to pre-releases to get their hands on them!

If anybody tells you that Magic the Gathering isn’t popular, it’s because they probably aren’t active in any communities. Every major town and city will likely have a huge community dedicated to the game.

Is Magic the Gathering Dying?

Absolutely not! In fact, it is going through somewhat of a resurgence, and a lot of this is thanks to the release of Magic the Gathering: Arena, a new way for people to jump into the game.

Like most trading card games, Magic the Gathering goes through peaks and troughs. There are some expansions that are so universally hated like Homelands or Fallen Empires that are so woeful that they drive people away from the game for a short while, but these people always come back or at least get replaced by new people in the hobby.

In recent years, Wizards of the Coast have found that some people are finding it a bit tricky to enter the hobby, so they have released various products to make it easier.

For example, not too long ago, they released Challenger Decks which were essentially ‘ready to play’ decks for competitive Friday Night Magic (the main way most people play the game), and Commander Decks for an easy route into playing Commander. This has helped bring people into the hobby who previously felt they couldn’t enjoy it with their ‘budget’ cards.

As we said, Friday Night Magic is the main way many people play the game. Nearly every single trading card game store that sells these cards will run an event every Friday where people meet up and play the game for prizes. More often than not, these events are packed to the brim. Outside of this, people will be playing the game a lot in the comfort of their own home.

Honestly, for a game that is over 30-years old at this point, this is a game that is certainly proving its worth. it isn’t dying. Far from it. It remains the most popular trading card game right now.

How Many People Play MTG in the World?

At the last count, at least 35-million people have gotten into Magic The Gathering over its 30-year lifespan which, of course, makes it the most popular trading card game in the world.

That 35-million figure doesn’t really tell the whole story, though. That is talking about people that play paper magic. Magic The Gathering also has:

MTG Online has been incredibly popular for a couple of decades. While it doesn’t seem that Wizards of the Coast has released actual player stats for MTG Online, we wouldn’t be surprised if this added a couple of hundred thousand people, or perhaps a million, onto the playing figures of MTG, although it is likely that many of those people will play the paper game too.

The various Magic the Gathering video games have probably had a negligible impact on overall player counts, mostly because it is likely anybody playing one of the video games (they were released extensively on Xbox Live Arcade for a while) would have been a fan of the paper game anyway.

The major one here is Magic The Gathering: Arena. It is the fanciest game they have ever released, and it has been designed for those that were playing a lot of Hearthstone, but wanted to jump into a flashy version of one of the greatest card games in history. At last count, over 3-million people were active in the game. That was before the current pandemic we find ourselves in the midst of, so with Friday Night Magic not running in many countries around the world, it is likely that this figure could have doubled.

Honestly, it is safe to say that there are between 10-20 million active players for MTG in the world right now. This is a game that is incredibly popular, and it is going to remain popular for a long time to come.

What is the Best Way to Get into Magic the Gathering?

At the moment, the best route to go down is by playing Magic the Gathering: Arena. This is the digital version of the game. It will teach you the rules and allow you to work out whether you like the game or not.

If you do, then head to a few Friday Night Magic drafts where you can start to build up your collection. Drafts are where people will crack open booster packs and form a 40-card deck to compete against one another. You will not win the first few times, but you will learn some valuable skills.

After this, pick up a Challenger deck and use your deckbuilding knowledge to expand it. You can then enter some standard matches (these are games that use cards from recent sets)

After this, look into the various formats of the game you like. Wizards of the Coast have a good number of them, so it shouldn’t be too tricky to find a format that gels with you. You can then build up a deck around that expansion.

Is It Worth Investing in Magic the Gathering?

This is something that we are in two minds about.

On one hand, Magic the Gathering cards have been a good investment for some people. Card values can go up quite drastically, and often it is quite unpredictable when the value of the card will go up. For example, some cards have been worth a few cents, and then some major player managed to work them into a pauper or modern deck, and the value shoots up a lot. Sometimes as much as $100 per card.

The thing is that most of the cards that do look investable are already going to be so high in value that it can be tricky to get into the market. For example, are you willing to spend $100 on a single card and have it sit in your inventory not doing much for years? Well, then the investment may be right for you!

In other cases, you could invest in booster boxes where these major cards may appear and not crack the booster box. However, you will still end up sitting on thousands of dollars of inventory and still not know whether you will generate any sort of return on it.

One thing that you have to remember is that almost every card can be reprinted in Magic the Gathering. If a card is reprinted, then the value falls drastically. The only cards that can NEVER be reprinted are those in the ‘Reserve List’. Cards that Wizards of the Coast have pledged never to reprint, which means that the value of those is always going to rise. After all, supply and demand. These are safe investments to make, but a costly way to buy into the market.

Of course, when it comes to MTG, this is one very specific way to invest. There are some people that will crack booster boxes and sell the singles. This is a cheaper way to ‘invest’ in cards but, a lot of the time, you will need to hope that you get lucky when cracking the packs. You could make a loss on a box, or you could make $100. You never really know!

In our opinion, invest if you want. There is money to be made, but please make sure that you understand the market fully before you dedicate thousands and thousands of dollars to the hobby. There are far fewer risky investments out there than Magic the Gathering!

Magic the Gathering, despite being over 30-years-old is more popular than ever. It has paved the path for many of the most recent popular trading card games today. If you are looking for a trading card game to get into, then make it this one.

No matter where you live, we are positive you will find a game in your local area. If you don’t, then you can always dive into playing Magic the Gathering: Arena if you really want to hone your skills.

This is a game that we are confident in saying will be around for decades and decades to come. Some of the cards can make a solid investment too!