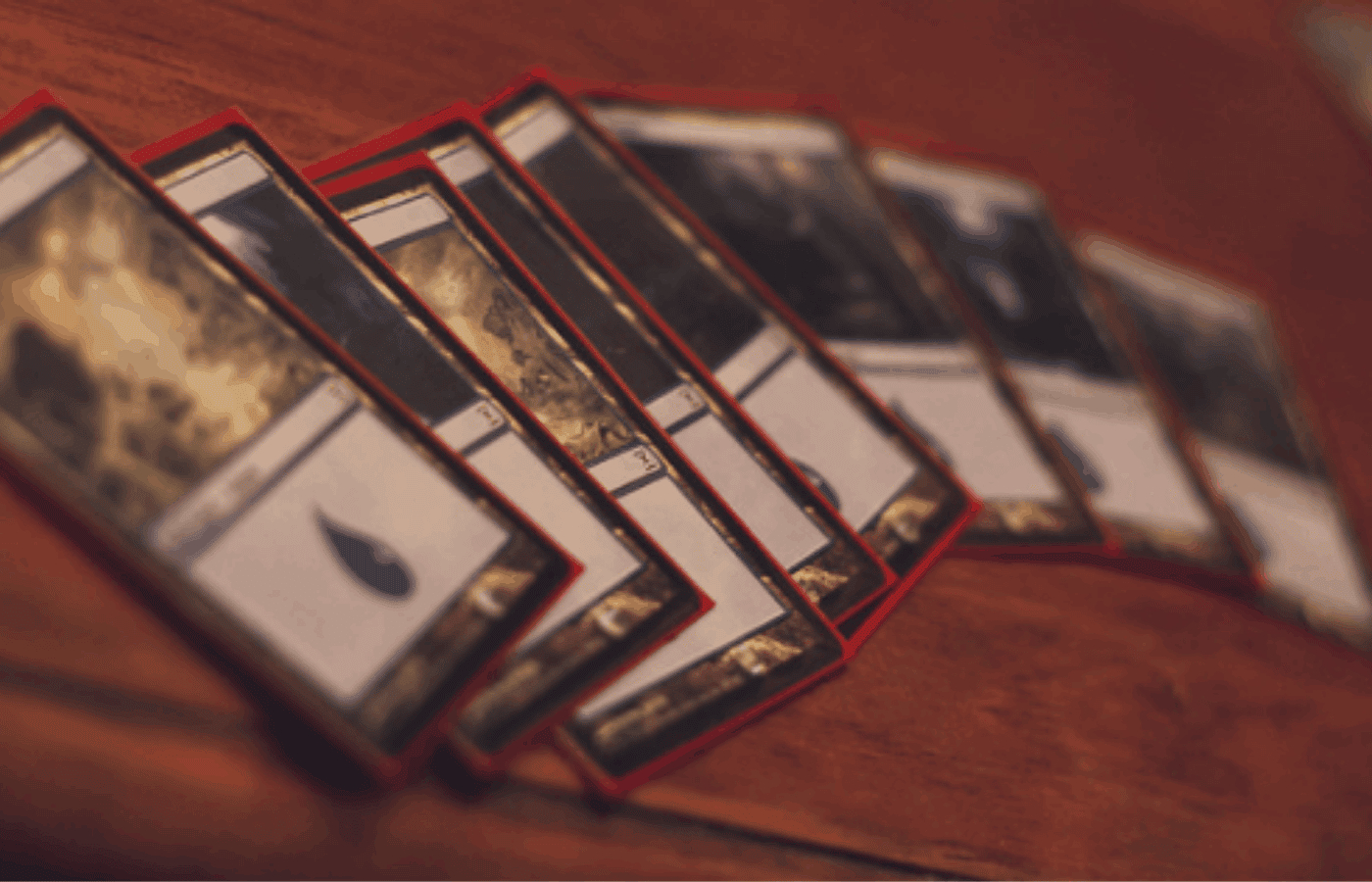 Magic the Gathering is a game designed for 2-players (or 4+, if you are playing Commander). Of course, there are many people out there that wonder whether you can tinker with the rules a little bit to make it a solo game. Can you play magic the gathering solo?

The answer? You can. Plenty of smart MTG players have come up with some pretty awesome solo variants for the game.

Obviously, none of them are going to be a substitute for playing with another person, but it is still going to be an awesome way to put your MTG cards to use when you have nobody else around! Let’s take a look at a few ways to play MTG solo, shall we?

These are not the same as the Challenger decks from the modern game. Instead, during the Theros block (i.e. a certain group of sets), Wizards of the Coast launched something known as Challenge Decks.

These are decks where you could play something that felt very similar to the way MTG is normally played, albeit with a few small rule variants.

Now, these Challenge Decks were never really intended to be played solo, but the rules of the game were easily adaptable for a solo challenge. Sadly, they can be a bit tough to get your hands on nowadays.

You will have your standard 60-card deck, although we find that 30-40 card decks work better. You are then doing battle against a single planeswalker that has several abilities that they can use.

Garruk the Slayer is a fun Planeswalker for this because he has a decent move set that is not going to be too difficult to deal with. His power also ramps up quickly too, which means you need to get your heavy hitters out fast to knock down that loyalty.

This awesome Promo version of Garruk the Slayer on Amazon is great if you want to try out this solo variant for yourself.

You will need to know how Planeswalker cards work to make this variant work for you, but since Planeswalkers are staples in the modern game, you probably already have a rough idea about them.

The rules for this one are a bit too complicated for us to list here, and it is almost certainly for the most advanced players.

Mana Maze Solitaire was designed by Mark Rosewater. If you think you have heard of that name before, you probably have. He is one of the main designers of the game. Wizards of the Coast have actually published the rules for this variant on their website, so you can have a read through them and see if it is for you.

There is a small variant of this game known as Magic Solitaire which plays similarly to the standard 52-card solitaire that you can play with a standard deck of cards. This Magic the Gathering solo variant is going to be fantastic for those that want to learn about deck predictability and the like.

Those are the only real skills that you are going to be picking up there, but that won’t stop it from being a tremendously fun game to play on occasion!

Alright, this may seem like an odd option, but it is a great way to practice the actual game of Magic the Gathering.

Instead of having a solo variant, you set up the area like you are playing a standard match. So, you have two decks.

The idea is that you will be playing both decks against each other. On each deck, you are going to need to make the best possible move you can make. Don’t hold back.

Now, this isn’t really going to be a challenge for you. You are playing against yourself, after all. The purpose isn’t really the challenge. It is about teaching yourself how to react to certain situations in the game and adapting your play.

Lots of top players have actually played against themselves like this in order to test new strategies. As we said, it isn’t going to be a whole lot of fun, but it is certainly going to help if you want to become a top player in the game!

Try and play against several different types of deck. Different colors. Different deck meta etc. so you really know how to deal with a variety of different situations. By going down this route, you will also learn how to play other decks, and this may allow you to discover new ways that you want to play the game!

This game variant is similar to the challenge decks that we mentioned previously, only this time you don’t actually need a challenge deck. You will need a ton of tokens and some spells, though.

The idea is for you, a solo player, to take out the horde and cause damage to the deck. You can think of the deck as having a similar health pool to that of a player in Magic the Gathering. Only this time you are not looking to whittle down their health.

Of course, you are battling against a horde at the same time!

Since this is a game variant that has been mostly designed for multiple players, you may not want to be playing against a full 60-card deck here. Instead, play against a 20-30 card deck otherwise you stand no hope of getting that health down and killing that deck before there are tons of tokens on the field that you can’t defeat.

Remember, on each turn, all of those tokens are going to be launching an attack on you. This means you need to come up with a strategy to take down those tokens before your health pool is depleted (you have 20 health)

When done right, this is an exceedingly difficult game mode to excel at. However, that’s where the fun is. You are probably going to lose more than you win but, when you do win, you are going to have a massive smile on your face!

Playing Magic the Gathering solo is definitely possible. It takes a little bit of thinking and a creative mind to pull it off, but can be a fun way to play if you don’t have someone nearby to play with.

These are but a few variants for Magic the Gathering solo play. There are dozens and dozens of different styles out there, and we urge you to check them out. Most have been featured on the official Magic the Gathering website at some point or another.

Check out Aaron’s Solitaire, or perhaps Deep IQ, if you want to spice things up a little bit. You may eventually want to come up with your own ideas too! Nothing is ever going to feel quite like playing real MTG, but it is still going to be fun.