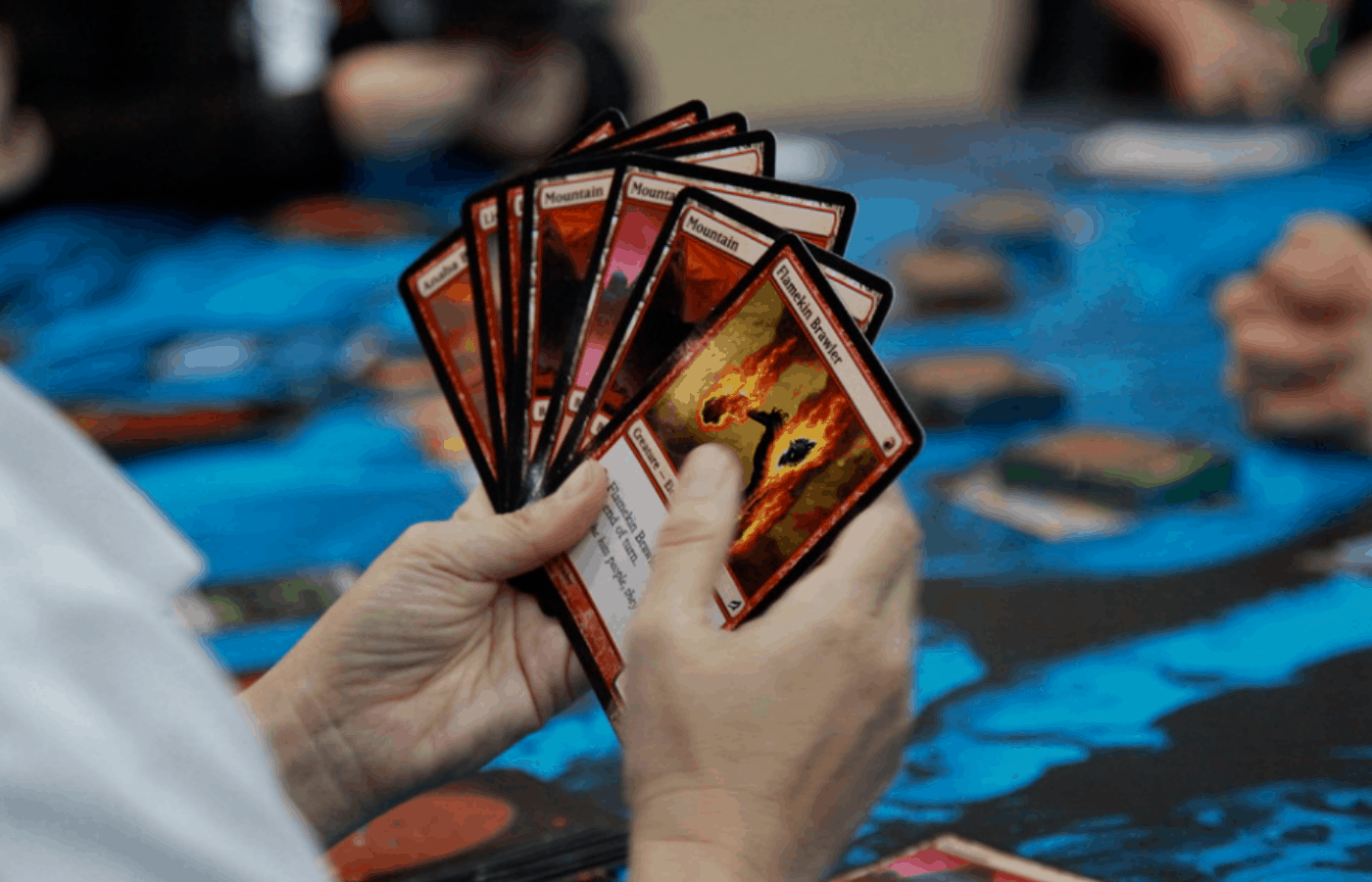 Magic the Gathering has been around for years and for good reason. It’s got something to offer its players that only grows with time. This is because it is a game of strategy and so the complexity of the game is going to depend on the players.

So, how old do you have to be to play Magic The Gathering? While the game is good for players of all ages, technically a new player should be at least 13 years old. This is because the artwork is tailored to a more mature mindset and because the strategy elements involved are going to be harder to grasp and possibly frustrating to younger players.

Today we’re going to explore the age recommendations and statistics involved in Magic The Gathering so that you can get a better idea why it’s better to introduce new players at a certain age and why it’s never too late for new players to enjoy this amazing game. Let’s take a look at the demographics behind the scene of this worldwide sensation!

First off, ratings like this are simply a recommendation. If your kids want to play and you are comfortable with it, then use your discretion. Some kids are simply more mature than others and with yours, you might not need to worry.

That said, the reasoning behind this recommendation isn’t clearly stated, but we have a pretty good idea why it is done. The artwork is the first concern. It is geared more towards adults and contains themes which are sometimes suggestive, violent, or even downright scary.

Undead and Chaos troops are a good example, as they can look quite horrific and might not be suitable for younger minds. Even if your kid plays violent video games and watches horror movies already (which is always fun for bonding if you like this stuff too!), you also have to consider that their friends will be playing the game with them.

Other parents might be a little upset if they don’t approve as well. So, if your kid is younger than 13 and wants to play Magic, that’s fine, just check with the other parents first.

Beyond this, the only major reasons why it might not be a suitable game for younger players would simply be the facts that it is a strategy game and thus harder to learn and because the player base tends to be largely adults.

Some kids learn chess early on, so the strategy elements might not be a hindrance, but for many kids the game might seem too complex and could turn them off on strategy games in the future. With the player base concerns, mostly adults are going to be playing in tournaments and this really isn’t too big a deal either if you want to get around it.

If your kids want to play Magic but you don’t want them competing against adults, you can simply host mini-tournaments between yourself and other involved parents and your kids can get an early start on strategy that will definitely help them later in life.

Is MTG Ok for Kids?

Kids are all different, so this boils down to a judgement call. In this day and age, if your kid has a video game system, then the odds are that the fantasy and violence elements introduced in Magic The Gathering aren’t even going to come close to what your child is already used to.

With that in mind, the answer to this question is up to you. If your child is already a fan of strategy and loves fantasy artwork and the exercise in imagination that comes with games like Magic, then it’s certainly okay for them.

Learning strategy properly is something that can take a very long time and while some people who’ve never played Magic write it off as a ‘kids card game’, those of us who know it also know better. Magic provides an interesting alternative to classic games such as ‘Go’ and ‘Chess’, though you can certainly teach them both.

Let’s break down some of the potential benefits of this game:

This brings us to our next question… is Magic the Gathering a good game for adults?

Not only do adults play Magic the Gathering, but they are actually it’s key demographic. This is why it’s kind of hilarious when people ignorantly assume that it’s just a card game for kids. The actual statistics show that it is very much the opposite, with players being mostly within the range of 18 to 34 years of age.

About 75%, in fact, with the other 25% being younger and older players. Everyone seems to forget that Magic is a complex game of strategy and strategy is serious stuff. Take ‘The Art of War’, for example, by Sun Tzu. This is a strategy book that is still read today, despite being written anywhere from 2200 to 2500 years ago!

Just because Magic the Gathering comes with fantasy art doesn’t mean that it isn’t serious. It’s a strategy game and the complexity is going to depend on who is playing.

Adult games can and do get very, very complex. If you don’t believe us, check out a tournament some time when a convention rolls into town.

Is It Too Late to Start Playing Magic the Gathering?

Starting off with Magic when you are older comes with a lot of advantages.

First of all, it’s fun. You have to think and you get a lot of the same benefits that kids do. Socialization is a good example, as it is something harder to achieve when you are older. Magic gives you a chance to make some friends who love strategy games just as much as you do (and that can be hard any other way, frankly).

You also have the advantage of better finances, which allow you to really customize your army to develop advantages that play to your own critical thinking and style in ways that simply aren’t possible with older, more simplified strategy games.

Finally, the challenge of this strategy game is well beyond the old school military campaigns that we grew up with. You have a whole new set of complex options to learn and master and you’ll be competing with other minds who are at or past your level.

It’s never too late to start playing and if you love strategy games that require serious thinking to defeat worthy foes, then Magic the Gathering has a lot to offer you.

Strategy games evolve and the best games tend to stick around. People will never stop playing games like Chess, Go, or Backgammon and so it is worth your while to notice when something newer isn’t showing any signs of going away.

People have been playing Magic the Gathering now all over the world for almost 30 years now. That says something much more concrete than any reasoning we could offer you in the form of simple words. It’s a strategy game that obviously has a lot of appeal and so we strongly recommend it.

So, if you want to flex your critical thinking muscles, why not give it a try? It’s a great way to bond with your kids while imparting valuable skills that are extremely difficult to teach in other ways and for adults it makes strategy games new and fresh again. Whatever your reasons, Magic the Gathering has something to offer for players of just about any age and the longevity and geography stats are there to prove it!