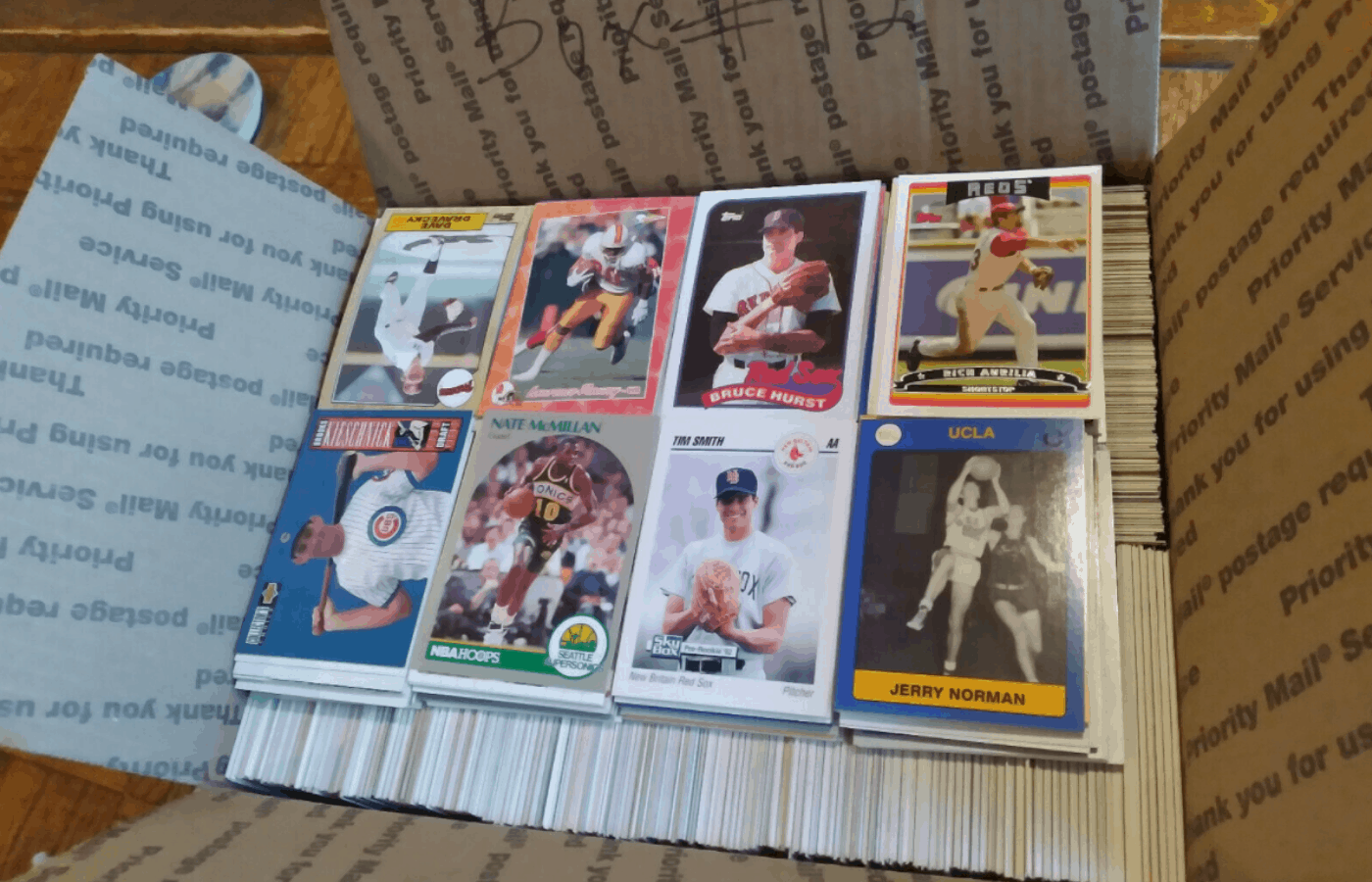 Believe it or not, not all rookie sports collector cards have a designation of “rookie” on them. To satisfy applying the label “RC,” certain requirements must be met, but a card without that stamp can still be a rookie card.

In this article, we will school you on the ins and outs of rookie collector’s cards. We will define the necessary components for a card to achieve “RC” status and advise you how to determine what is and isn’t a rookie card in the absence of that label.

We’ll look at some of the reasons why determining the status of a rookie card can be difficult and show you the value of some of the rarest rookie cards on the market. Prepare to learn about those boxed up collector’s cards in your attic and you might just find a treasure!

Do All Rookie Cards Say “RC” on Them?

A collector’s sports trading card may display a red “RC” logo to indicate to the collector that the depicted player’s status is that of a new recruit – not a seasoned player.

There are, however, specific requirements for a card to be labelled with the “RC” seal of approval. These include:

The most popular licensed trading card companies to issue the “RC” logo include Topps, Panini Prizm, Bowman, and Upper Deck which print player cards for sports including hockey, baseball, basketball, and football.

Since the designation of “RC” requires a card to be nationally distributed, cards that are printed for fan giveaways at arenas or stadiums, or cards which are printed in limited quantities for local markets do not qualify. Likewise, the card must be the first of its kind released in the base set – not as a parallel or in a subset of the original set of cards.

To check the current price and availability of Sports Card Blaster Boxes, click here to view the selection on Amazon.

How Do You Tell If a Card Is a Rookie Card?

There are other rookie card designations in existence including the rookie year logo denoted by a yellow “RY” or the pre-rookie card denoted by a green “PRC.” Rookie year cards are defined by their printing year which coincides with that of the “RC” card. Pre-rookie cards are any cards which depict a player before his/her highest level of debut – for example, college or junior league.

Some rookie cards have no indication on them at all that they are, in fact, rookie cards. In this instance, your best bet is to ask an expert collector who is well-versed in the field or look the card up in a price guide.

Determining the rookie status of a sports collector trading card should be pretty straightforward according to the rules stated in the previous sections, right? Wrong. Starting with the 2006 season, the Major League Baseball Player’s Association (MLBPA) laid down some rules for defining rookie cards that made things more confusing instead of clearing them up as was the original intention.

The MLBPA proposed that only players who have actually participated in a Major League game can be granted “RC” status and that the logo assigned must be standardized across the different licensed brands of trading cards.

That doesn’t seem overly complicated, so what’s the problem? Any cards released before the new set of rules come out in 2006 were then viewed by some as unauthentic rookie cards. For example, if a player’s first MLB game was played post-2006 but they achieved MLB status prior to that, which card is deemed the “true” rookie card?

In addition, several non-licensed trading card companies began production and were not included in the standardization of the “RC” logo because they did not meet the requirements of applying the “RC” stamp. So if one of these minor brands issued a rookie card simultaneously with a major brand such as Topps, whose is the “true” rookie card?

Depending on who defines what a “true” rookie card is either of these scenarios could be valid. Value is merely in the eye – or the wallet – of the beholder.

What Rookie Cards are the Most Valuable?

You might imagine a player’s trading card is more valuable at the professional status once they achieved that record-breaking number of homeruns or points scored in a single. Actually rookie cards have a lot of monetary value especially for those players whom everyone has come to love and root for who started off as nobodies.

Here are some examples of the worth of just some of the rookie cards currently in existence:

So now that you know some of the ways to tell if the collector’s trading cards you have are considered rookie cards or not, you can start browsing eBay or flipping through a price guide to see if you’ve got a gold mine on your hands.

Whether or not your cards are valuable ultimately depends on their value to you. So check out those vintage baseball cards or the box of hockey cards you bought at a yard sale and see if they qualify as “true” RC rookie cards or one of the many other rookie designations we’ve covered in this article.

If you don’t have them yet, now you know what to look for if you’re targeting those first-year lineup players. Happy hunting!