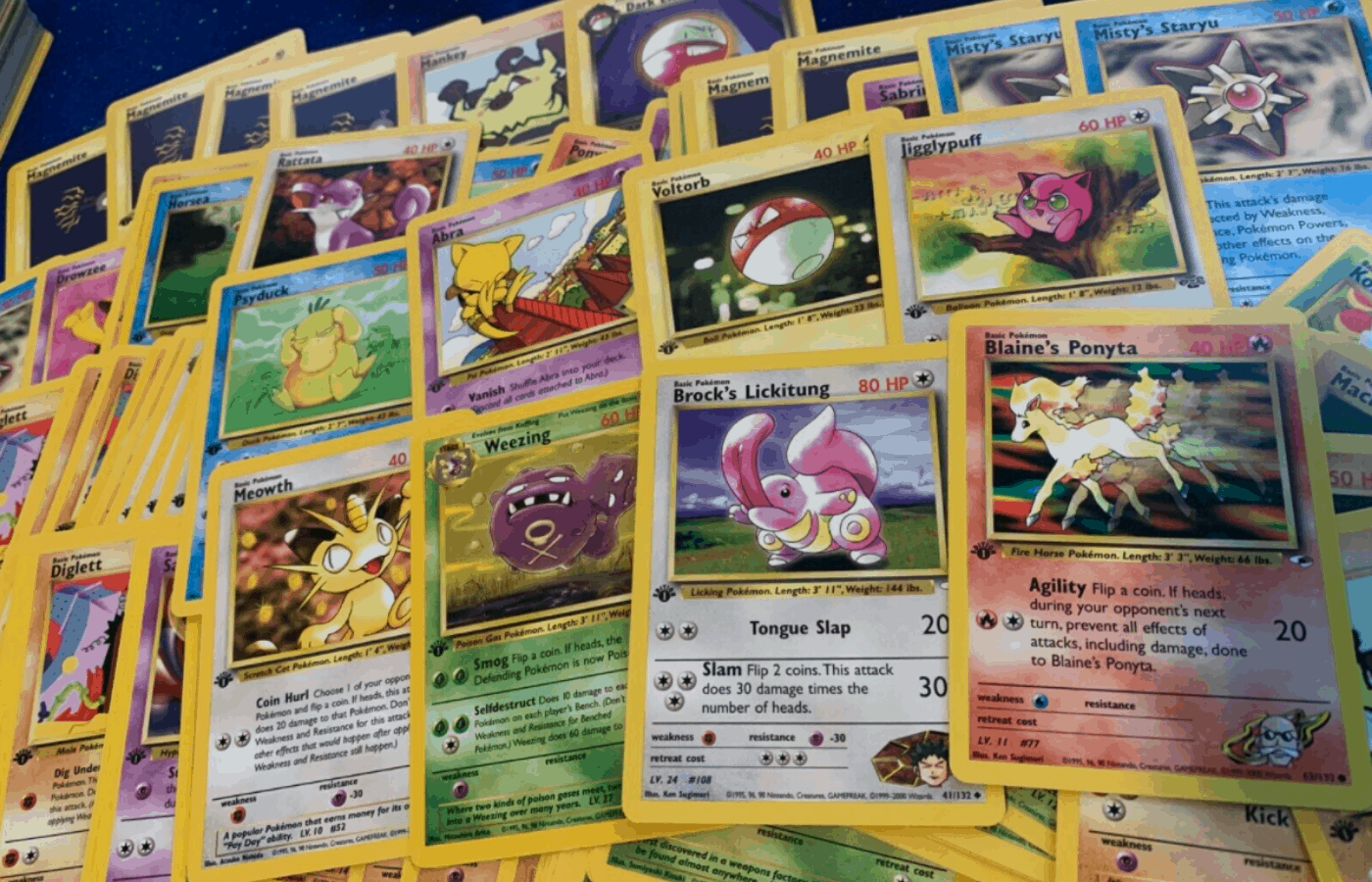 When Pokemon Trading Cards were first released, the first print run for many of the sets would have been labeled as ‘First Edition’. Any cards that came after this would have been known as unlimited print cards. Since the First Edition cards were rarer, they would often have a lot more value. This is something that changed when Wizards of the Coast stopped being in control of the production process.

So, do Pokemon cards still have 1st Edition? The answer is no. They no longer have First Edition cards produced. At least in the English version of the game. Any cards that are produced, no matter when they are produced, are part of the unlimited print run.

There are a few things that we want to discuss a little bit here. This is because the whole ‘First Edition’ thing related to Pokemon cards isn’t as simple as you may think.

How Can You Tell If Pokemon Cards Are First Edition?

In order to tell whether a Pokemon card is First Edition, you would have to look to the right of the main image on the card. There will be a logo here that says ‘1st Edition’ if the card is actually a first edition card. If you do not see that logo, then the card is going to be part of the unlimited print run.

How Much Is a First Edition Pokemon Card Worth?

This is actually tough to say because it is going to be dependent on several different factors. This includes:

As you can probably guess, the condition of the card and the rarity of the card will be the main influencer here. A first edition Charizard graded PS8 would be worth than a 1st Edition Metapod with the same grade. However, we do want to focus on the two other factors. At this point, we do want to point out that a 1st Edition Machamp from the base set is not worth anything beyond being a Machamp card. All of the Machamp cards from these era would have been 1st Editions.

Firstly, the set. The way in which 1st Edition Card works for the English set is weird. The early sets of the game had distinct First Editions. This meant that there were incredibly rare. So Base Set, Base Set 2, Jungle, Fossil, etc. However, as we started to get into the Neo era, the way in which First Editions were distributed changed.

In some cases, the First Edition wasn’t actually the first edition and was distributed after the unlimited run. This meant that the cards from these sets hold less value. It was after this that Pokemon stopped producing First Edition cards.

The Japanese set is different still. They actually do still produce  First Edition cards there. However, Japanese cards tend not to be valued all that highly. This is because there were more 1st Edition cards printed than the unlimited set.

Therefore, first edition cards are not all that rare. We won’t dive too much into the value of the Japanese cards here, mostly because they tend to be a lot less valuable than the English cards.

Overall, this means that a First Edition card can be worth anything from a few cents to well over $1,000,000.

While it did change later on in the 1st Edition run for English Pokemon cards, a first edition card would have been any card that was printed during the initial print run of the cards. There would be a cap to the number of first edition cards that could be produced.

Once the initial print run of the cards was over, the cards would switch to ‘unlimited’ and the first edition logo would be removed from the card. This would allow the Pokemon Trading Card Game to print as many of those cards that it wanted.

The one exception to this rule was 1st Edition Holo Machamp from the base set where an unlimited number were printed. You are only able to find this card in the starter decks i.e. the ones that were designed to teach you how to play the game.

How Much Is a 1st Edition Pikachu Card Worth?

This is going to be dependent on the set that the Pikachu comes from, as well as the condition of the card.

We are going to assume that when people ask this question, they are talking about the Pikachu card that comes from the base set. This was a common card, but it was not especially a rare card. You could find several of them inside of a booster box. However, this doesn’t mean that the card doesn’t hold value.

When the Pokemon Trading Card game was launched, it become quickly apparent that Pikachu was one of the most popular characters in the franchise. You can thank the TV show for that. As a result, a lot of these Pikachu cards ended up being played with.

This meant that they either became damaged or they were lost to time. The result is that a card that was fairly common started to become uncommon. After all, nobody would have been able to predict the value that these cards would have many decades down the line.

The value of 1st Edition Pikachu card nowadays will be dependent on the condition of the card. A PSA 10 could go for $1,500, but the price falls sharply after this. A PSA 7 would command about $150. Go too low with the grading, and the price may end up being in the $10s.

Why Is 1st Edition Charizard So Expensive?

You maý have heard of these crazy stories of First Edition Charizard cards being sold for tons of money. Some have sold in excess of $1,000,000. Have you ever wondered why this is? Well, let us explain!

First, Charizard is a popular character. People love him. He was featured in a prominent role in the original Pokemon series. He was also one of the most powerful Pokemon in the show. Granted, his card isn’t especially powerful, but people weren’t playing with Pokemon cards back then.

He is also incredibly rare. Easily one of the rarest Pokemon cards in the original base set.

What really causes his value to be so high, however, is the fact that 1st Edition Charizards were not printed that extensively. When the First Edition Pokemon Trading Card game base set came out, the game wasn’t all that popular. In fact, many people were not paying attention to it.

It wasn’t until the unlimited run that people started to snap up Pokemon cards like crazy. This means that very few 1st Edition Charizards were ever produced.

Couple this all with the fact that many of these 1st Edition cards have been lost to time, and it isn’t difficult to see why the cost of them ends up being so high. There just isn’t enough of them around.

No. Firstly, most Japanese cards that have 1st Edition printed on them are not going to be valuable.

Any English cards printed during the Neo block are unlikely to be valuable too. This is due to the odd way in which Wizards of the Coast handled their card printing.

The most valuable 1st Edition Pokemon cards are going to come from the first few sets; Base, Base 2, Jungle, and Fossil. However, not all cards labeled as First Edition here will have a huge price on them.

The best way to check whether your first edition Pokemon cards hold value is to check out resellers. This should give you a rough idea as to how much you can expect to receive if you sold your cards. You may find that they are not as valuable as you may think, particularly your common and uncommon cards.

Pokemon cards no longer have first editions, at least in the English sets. These stopped being produced when Wizards of the Coast stopped selling the game.

The most valuable 1st Edition card remains a Charizard 1st Edition from the base set. This is because these are exceedingly rare. While many 1st Edition cards will be worth some money, the price may not be as high as you would think.

The best way to check the value of your 1st Edition cards is to look at what resellers are selling them for.