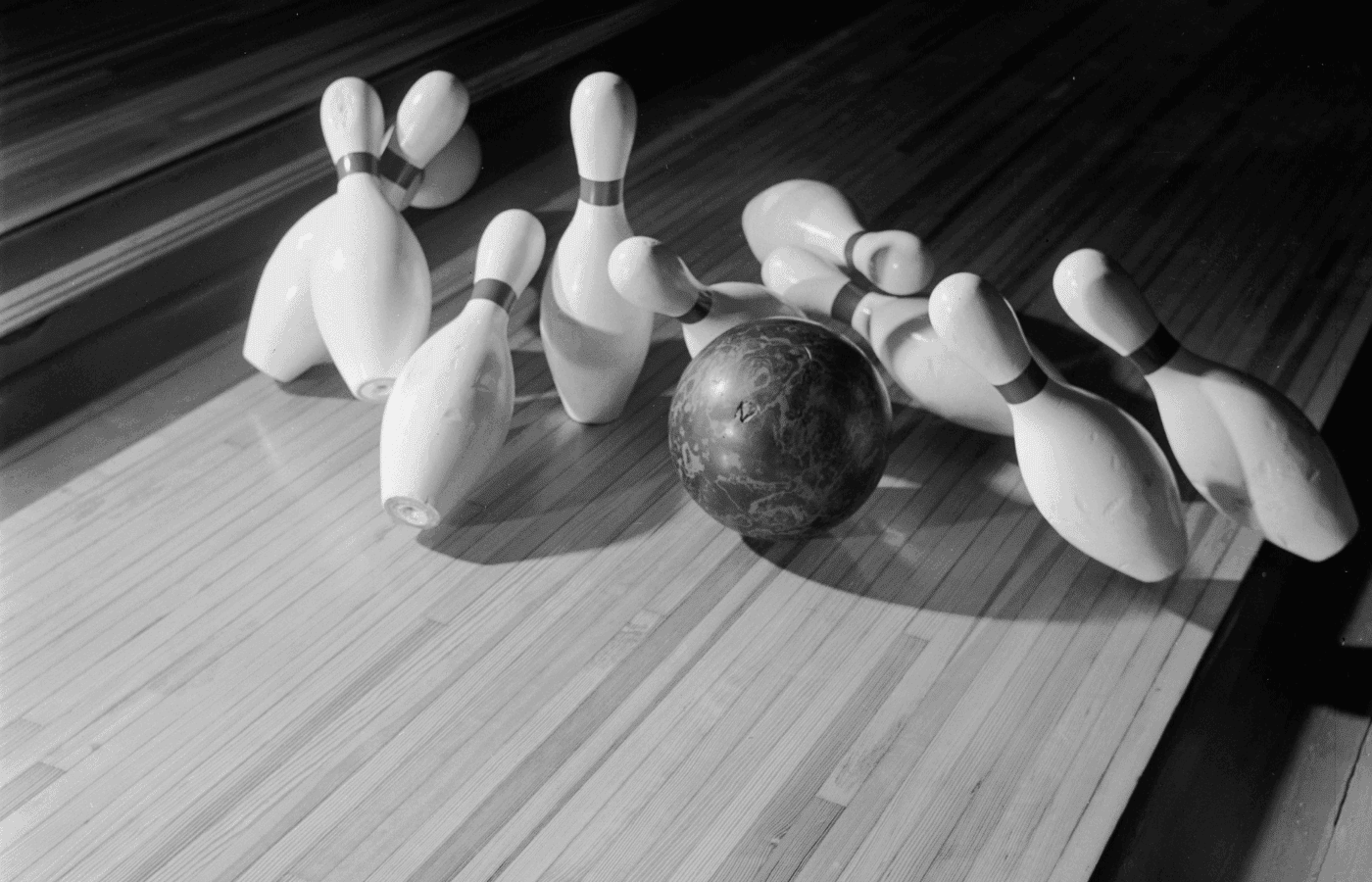 No, they don’t always knock down all 10 pins with each roll down the lane. Strikes, also called “House Shots,” are more difficult to come by than most people realize. Even though that’s the goal, getting spares are much more common. Pros will hit all the pins, but usually in two throws.

The world of professional bowling is a very trendy and nuanced sport. There’s a lot more skill and finesse that goes into a game than most people realize. It’s more than chucking a ball down the lane and praying that it hits the pins without going into the gutter. It requires basic knowledge of geometry, having a solid ball, a strong arm, visual accuracy, coordination, balance and an almost ballet-like approach.

This all must work together at the same time and in perfect harmony to throw a strike. It’s qualities like this that makes professional bowlers better than the average person. They can do this with great consistency, near alacrity and have a penchant for making these elements work. Pros often make it look simple and easy, but it’s not.

Is It Common for Professional Bowlers to Score 300?

A score of 300 is very difficult to obtain and is the highest score you can get. It has occurred, but not with any amount of ease. Since the average range of a pro bowler is between 230 and 250, getting to 300 takes a lot of determination and effort. In order to reach 300, a player must make 12 consecutive strikes.

What Is the Average for a Professional Bowler?

Most bowlers will land an average of 200 or higher, often between 230 and 250, give or take a few points. It does seem like it should be much higher than this, but it just goes to show how difficult bowling actually is.

Pros rarely miss a spare and are amazing at knocking down pins with a disparaging arrangement. For instance, let’s say there are two pins left for the shot and they are at opposite sides of the lane, also called a “split.” Pros will take them both out for the win like magic.

Without Making a Strike, What’s the Highest Score You Can in Bowling?

Without making any strikes, the most you can win are 190 points. You cannot get to 300 on spares. This is because you had to add up the pins of the next ball played in the current frame. If you strike, you count the two balls’ pins after the current frame.

What Is the Terminology for Getting Several Strikes in a Row?

Is It Possible For a Bowler to Achieve a 900 Series?

It is possible for a bowler to get a 900 series, but it’s very rare for it to happen. A player must be amazing with a wealth of talent to pull it off, and probably a little luck too. This means they bowled three consecutive Perfect Games or had 36 successive strikes.

As far as most records indicate, between 32 and 37 people achieved a 900 series in the United States. And, they were all men. There are some women that get very close, but none have an exact 900 series. The fact that it’s mostly men speaks to the strength and endurance required to be a top-notch bowler.

There are many factors that go into playing a game. First, no one is perfect all the time. All human beings are prone to making mistakes, its part of our nature. But, we can learn from these and strive to improve based on those blunders.

That said, there are other things like oil patterns on the lane, a buildup of oil and grime on a ball, poor footwear, uneven lanes or misevaluation of the shot. Sometimes the ball slips from the fingers before the player was ready to let it go. Other times people get distracted while in the middle of a throw.

Who Are the Highest Scoring Pro Bowlers of All Time?

From the 1960s to today, there have been many great bowlers, both men and women. But these are the best bowlers in the United States to date (and no, they don’t always make a strike).

As far as scoring goes, Walter Ray Williams Jr. is an overachiever. He has won eight major championships, 48 career titles and won 3 consecutive victories in 2019. This brings his PBA 50 titles to 14. He holds the record for having the most PBA Championships of all time.

Pete Weber has been a professional bowler for three decades and is still going strong today. He has won 10 major championships, 37 career titles and as recently as April 2021 won his 12th PBA 50 title. He has an impressive game that many of his contemporaries still consider a credible threat.

From the mid 1970s until he passed away in 2001, Earl Anthony was a household name. Many held his superior bowling skills in high regard. He had 43 career titles and 10 championship titles. Even in death, he holds the record for the most championship round appearances in one season.

Norm Duke is not only one of the most versatile bowlers in PBA history but is also one of the most liked. During his career, he had an almost cult-like band of loyalists and fans that followed him to every tour. He has two PBA 60 titles, seven major championships and 38 career titles.

Although a very brief career from the late 1970s and into the early 1980s, Mark Roth dominated the game. Dubbed the father of the modern power game in bowling, he began to set the record with eight single-season championships and, in 1979, set the highest average with 221.699 points. At the time, this was impressive.

Getting a high or even a perfect score is very difficult in bowling. With a lot of practice, determination and willpower, it can happen. Some people are natural bowlers, with all the grace and coordination of a ballerina. These are the people who most often become professionals, and rightly so.

Anyone with a score higher than 200 can make it to the big leagues but getting a consistent score of 300 is next to impossible. This is because of the challenge presented by the lanes, the amount of oil present, the quality of the bowling ball used and the skill of the bowler.

Getting as many strikes as possible is what beefs up an average. Although that’s the goal with every toss down the lane, it isn’t often always the result. It seems so simple in concept, but it’s very challenging in practice.