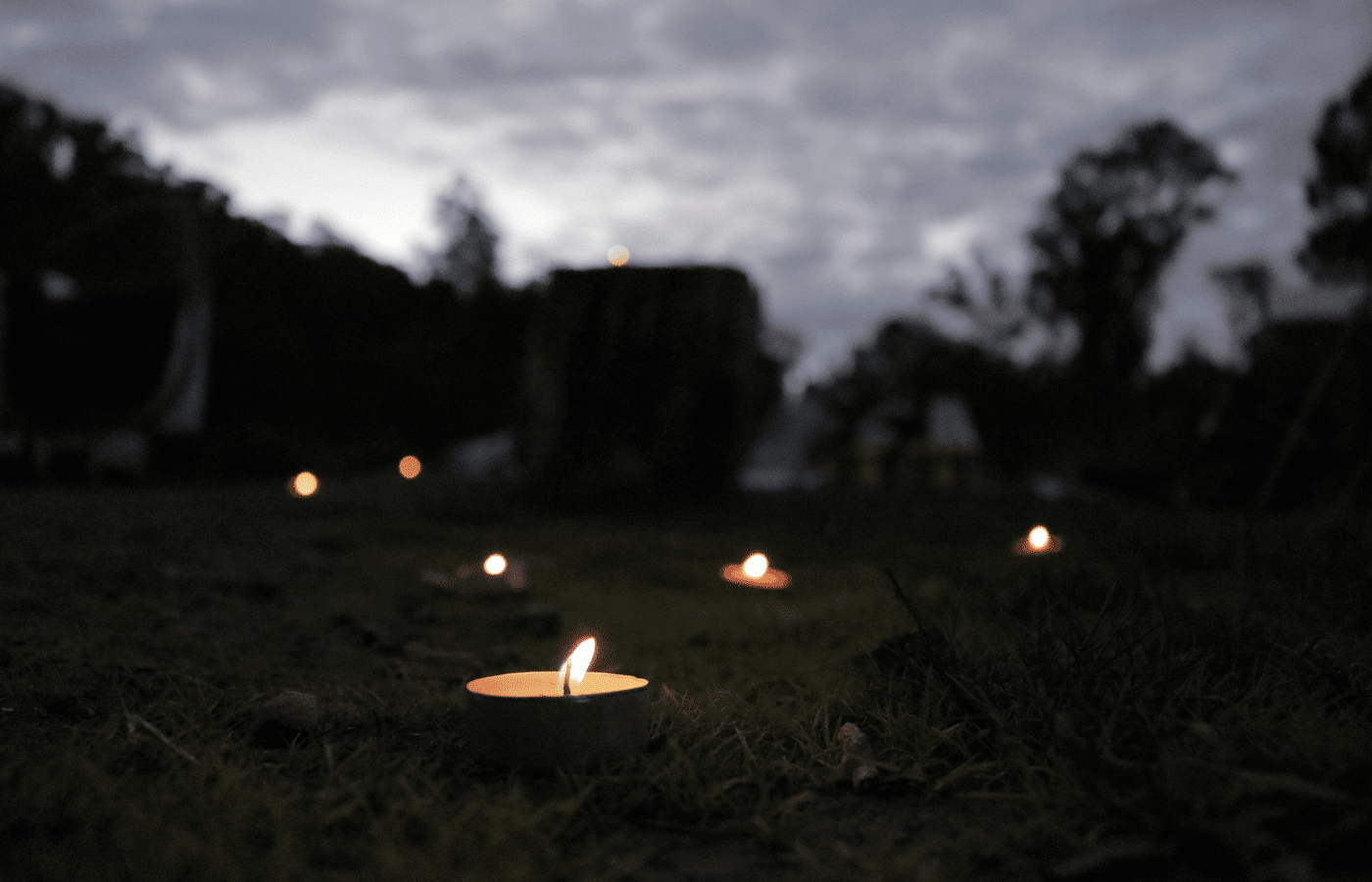 Bears are often an important consideration if you’re thinking of going camping, and that could lead you to wonder whether scented candles might attract bears. After all, they output a strong and often unusual smell, and they might seem like something that could draw bears to your camp – obviously something that most people would prefer to avoid!

This would depend a lot on the candle and the circumstances. Bears have a keen sense of smell and they have been known in the past to be attracted to and eat things like scented soaps. It is feasible that a bear could be interested in scented candles in your camp, and that it might come to investigate, but this probably isn’t very likely.

Bears are usually attracted to the smell of food, so food-scented candles might be more of an issue. Many people wonder if bears will be interested in beeswax candles, since they like honey, and it’s again a possibility, but there are no reports of campers who have accidentally lured in bears with their candles.

So, what sort of smells should you try and avoid having in your camp or purchasing when you buy candles for the trip?

Almost any food scent will attract bears. That means vanilla candles, chocolate candles, raspberry candles, almond candles – any candle that smells like it should be edible will smell that way to a bear, too. They are curious and adaptable creatures and are not fussy about what they eat, so they will come if they smell food.

The same goes for certain items that don’t smell like food but do smell pleasant. The bear may be curious enough to investigate, and if you’ve got other things in the camp to interest or attract it, that will add to the chances of the bear taking the risk of approaching.

That means a candle that smells of lavender or roses or even eucalyptus might still draw in the bears, regardless of whether those things are edible. They are a strange scent in the woods that could attract interest, even if they don’t immediately promise food.

Bears are very inquisitive, so all you have to do is interest them, and they may come and investigate you if they are not distracted by other more promising food sources.

Of course, the smell of actual food is a big attraction to them, and whether you have candles or not, you probably do have food in your camp. You must take precautions with this. Food should not be stored in your tent, and you should leave any clothes that smell like food outside too.

If you have barbecued food, cooked anything aromatic, or spilled any food on your clothes, discard them some distance from your tent. If a bear does come to investigate, it is less likely to come into your tent if it doesn’t smell of food.

Store provisions in bear-proof containers a good distance from the tent. This will also reduce the chances of a bear stumbling in on you in the middle of the night.

All in all, scented candles probably won’t be enough on their own to attract a bear to your camp, but they could contribute, so it may be best to leave them at home, especially if you have chosen honey scented candles!

What Scents Do Bears Hate?

So, what about smells bears dislike? Can you use scented candles to actively repel bears, or is that a bad plan?

On the whole, scented candles aren’t going to work to deter bears. Although there are scents that bears find unpleasant, you’re not likely to find these in scented candles, as they tend to be strong, caustic smells that people also dislike – so they wouldn’t make candle-makers much profit.

A few examples of the scents that bears hate include bleach and ammonia. You can use these to clean around the outside of your home if you want, or you can deter bears from your outdoor garbage cans with them, but they aren’t going to show up in candles, and they also aren’t very practical for taking camping.

An alternative is vinegar, which also repels bears, but this is again impractical for camping and not a scent you will find being sold in candle form. You could, if you wanted, try splashing vinegar around your camp, but this isn’t a very good way to keep bears away, and it is awkward to transport and awful if it spills in your bag.

The only scent that you may find in candle form which bears hate is pine. A strong smell of pine – with other deterrents – has been shown to put bears off investigating an area. However, on their own, pine candles are unlikely to stop bears from coming into your camp, especially if something else has attracted them.

You could purchase some pine candles if you like and test whether they help to keep bears away, but always take advice from local bear experts and never depend on this method by itself. Use it with other recommended methods if you like, but a pine candle is not a safeguard against bears.

You might be wondering about citronella, which is commonly used to repel biting insects. Citronella candles are commonly sold for camping trips because they help to keep away irritating bugs.

However, citronella does not repel bears. It only repels insects by disguising the smell of people, but bears are thought to like the smell, and may even be attracted by it.

Scented candles aren’t likely to be enough to attract bears by themselves. If you have other interesting scents in your camp, they may add to a bear’s incentive to visit, but they are not really a big deal.

That said, there is no reason to increase the chance of bears coming to your camp, so you may wish to leave the scented candles behind and not take the risk.

Scented candles won’t help to keep bears away from your camp, so don’t buy them in the hopes of repelling these gigantic visitors!