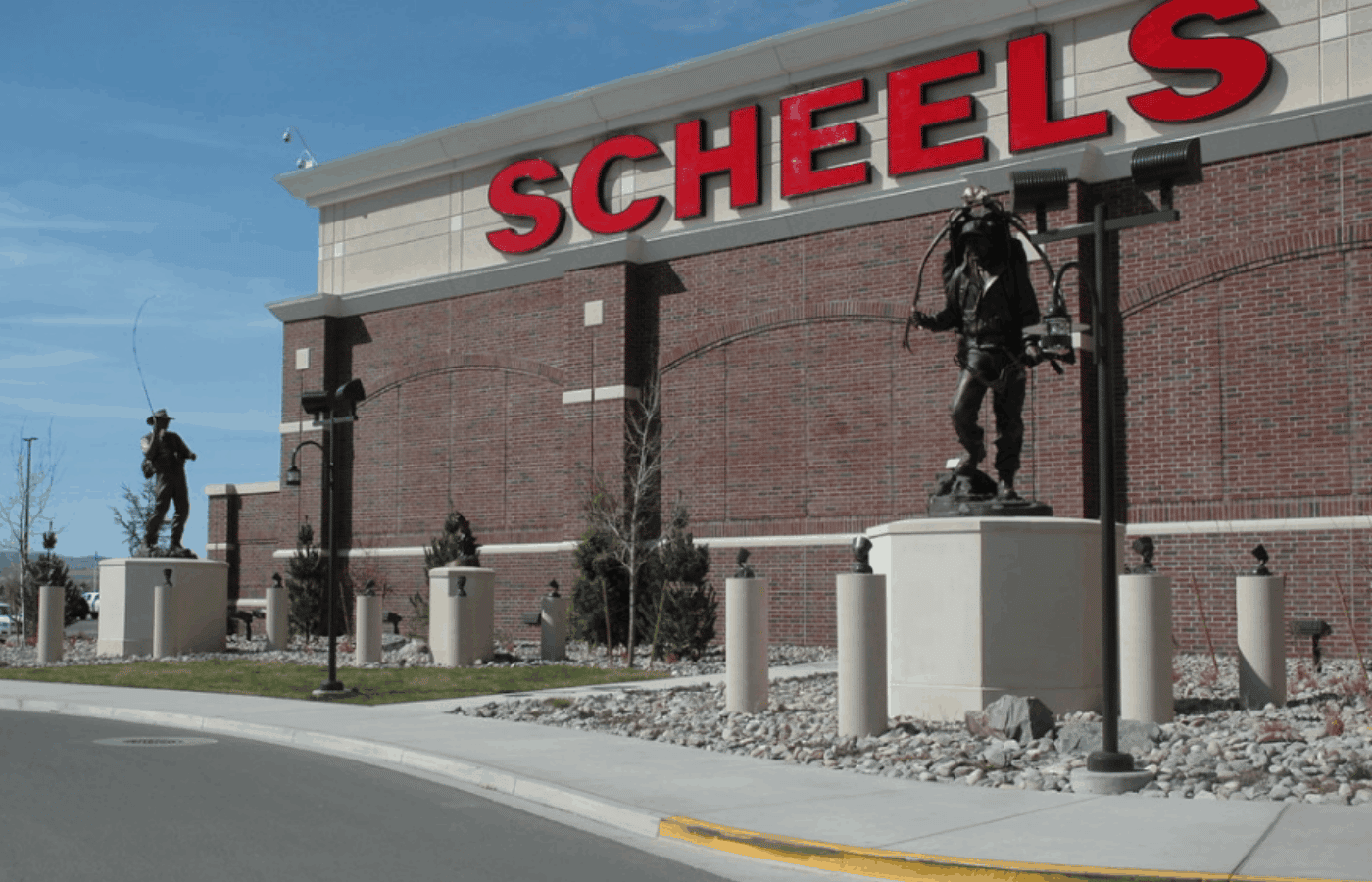 There are a lot of Pokemon trading card game retailers in the United States. In fact, the number of companies selling the trading cards has gone up in recent months. As a result, a lot of people wonder whether Scheels sells Pokemon cards. That is the question that we want to answer on this page.

Let’s go into a little bit more depth on this. This way you will have an idea of the products the company sells and the prices they will be selling at.

What Types Of Pokemon Booster Packs/Boxes Does Scheels Sell?

The problem with Scheels is that they do not stock a wide range of Pokemon Trading Card Game products.

When they do sell products, it is likely only going to focus on the latest expansion. Scheels does not have a huge selection of products from earlier sets. Once they have sold out of older expansions, they just do not replace them.

The only other product that they seem to keep in stock fairly frequently will be the Pokemon binders to help protect your trading cards. Although, they will not sell any other trading card accessories on top of this i.e. you are not going to be able to purchase card sleeves or anything like that.

How Much Do Pokemon Cards Cost At Scheels?

Some people report that Scheels is a little bit more expensive than other companies when it comes to Pokemon cards. The booster pack price is $4.99 compared to the typical $4. Although, the price can vary at times.

The cost of the other Pokemon Trading Card products will be a little bit higher than other locations too, only be a dollar or two.

The reason why this happens is the fact that Scheels is an employee-owned company. They have a little bit of extra cash on top of MSRP because they want to give back more to their employees.

The positive of Scheels being ever so slightly more expensive than other locations is the fact that they do not sell out of their Pokemon cards anywhere near as fast as other locations. This means that if you do head to Scheels, then there is a decent chance that they are going to have Pokemon cards in stock. Well, as long as there hasn’t been a big rush for them.

This is something that is highly dependent on the store.

Scheels, unlike other companies, will carry out the restocking themselves. This means that there is a chance that they will have a restock every single day. They may even restock throughout the day.

However, as we said before, it is very rare that Scheels will be completely sold out of all of their Pokemon cards. So, don’t worry about this too much. Their range is never going to be big enough that they need to be carrying out regular restocks anyway.

Of course, if they do not have any Pokemon cards in stock and you are wondering when they are going to be getting the next batch out on the shelves, you can always ask one of their employees. They will be more than happy to help you out.

The one thing that we do want to point out is that Scheels can go out of stock of Pokemon cards for short periods of time. As we said, it is rare, but it can happen. This is due to the fact that they are carrying out the restocking themselves. Sometimes they just do not have the stock that they can use to fill up their shelves. Again, you can always ask the staff if they have any idea when the next batch of Pokemon cards is coming in. However, chances are that they are probably not going to know all that much about incoming deliveries for their products, certainly not for something that is going to be such a minor part of their overall product range.

Can You Buy Pokemon Cards From Scheels Online?

You can purchase Pokemon cards from Scheels online. However, do bear in mind that they are only going to be selling booster packs online. You will not be able to find any of their other products.

When you order from Scheels online, you will be able to order for delivery only. You will not be able to collect them from your local Scheels store.

Does Scheels Have a Limit on the Number Of Pokemon Cards That You Can Buy?

There is no limit on the number of Pokemon Trading Card Game products that you can purchase from Scheels. It is unlikely that there is ever going to be a limit too.

Due to the smaller selection of products that are sold in Scheels, plus the higher than normal price they sell for, it isn’t exactly a place where many people are heading to pick up Pokemon cards. This means that even in the midst of the pandemic they didn’t really sell out. This means that there is never really going to be a need for Scheels to have any sort of buying limits in place.

That being said, we cannot guarantee that they will not have limits in the future.

Does Scheels Have Sales On Pokemon Cards?

Sometimes. Since it is not a major product line for them, they don’t really push sales all that hard on Pokemon Trading Card products.

Scheels does sell Pokemon Trading Card Game products in the vast majority of their stores. However, they tend to limit their selection to booster packs. It is very rare that they will have any other sort of promotional product in store i.e. none of the Pokemon boxes, and sometimes not even theme decks.

You do have to bear in mind that the cost of buying Pokemon cards from Scheels will be $1-$2 more than purchasing from other places. This is due to the way in which Scheels operates and their desire to ensure that they give as much cash to their employees as possible.

If you do not have a Scheels in your local area, then they are almost always going to have products in stock on their website. You can order these for delivery. However, once again, this is going to be limited to booster packs and the like.