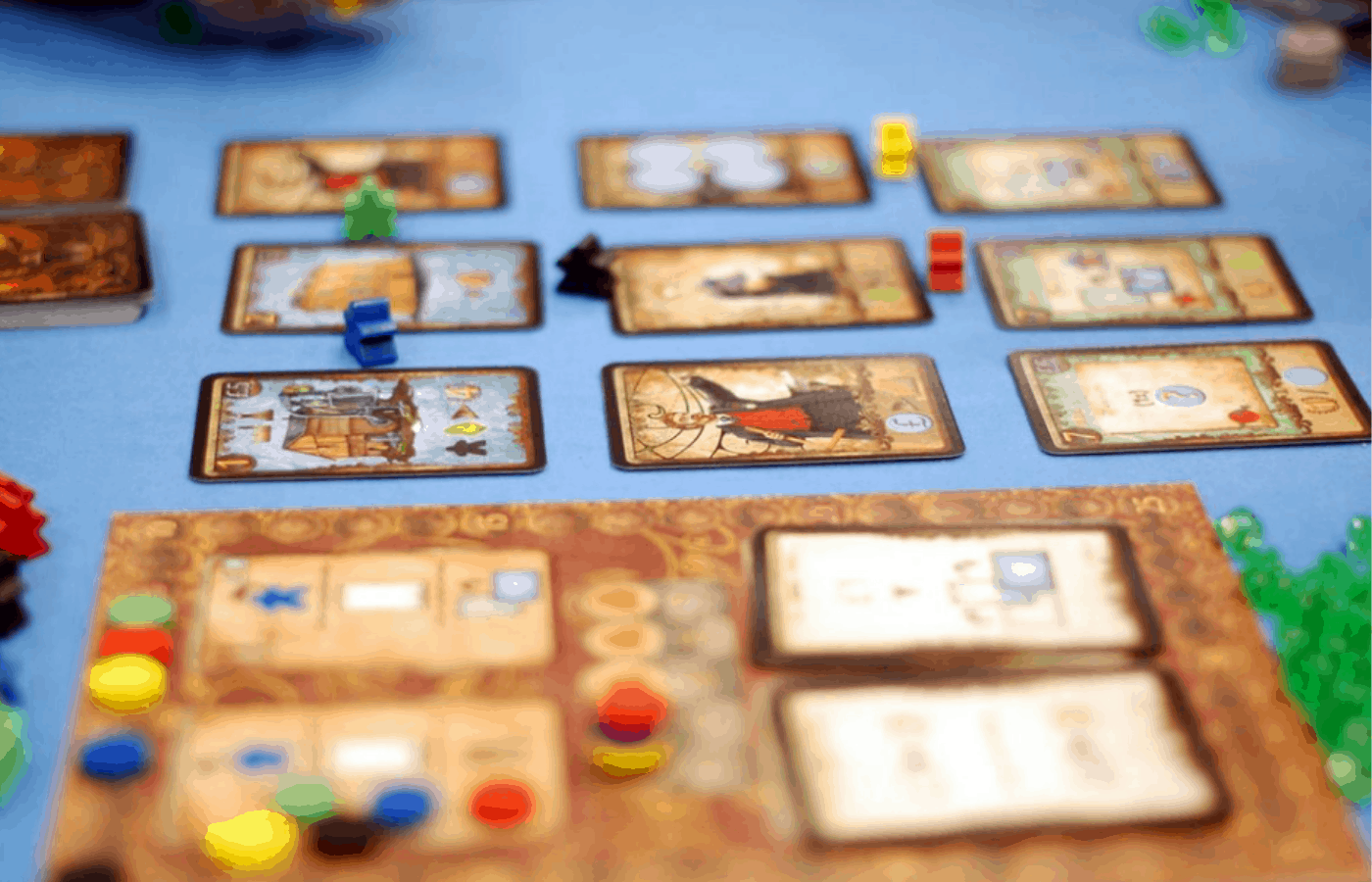 Board games are typically played with two or more people competing against each other to reach a specified ending. They have rules to follow that ultimately result in someone or a team winning the game. They differ from puzzles in a few ways.

Puzzles are designed as solitary activities. Solving the puzzle is the goal. You try to outwit the creator rather than vie against an opponent.

Some grey areas exist between board games and puzzles where there’s room for overlapping. Generally, some puzzles are also games, but not the other way around.

What Are Board Games?

Board games are usually played on tabletops. They consist of playing boards, pieces or characters, spinners or dice, cards, and other components. Many of them require players to move a piece around a specified path on the board. Players will follow preset rules designed for an entertaining gaming experience while trying to win the game.

Board games are sometimes based largely around luck or chance. Others are thought-provoking and based on skill.

Types of Board Games

There are three main types of board games–abstract strategy, cooperative, and role-playing games. Below is a brief description of each.

Pandemic is one of the most popular and main stream board games to date. It has opened up the doors to the tabletop board game community and is a great game to pickup and play if you are new to cooperative and strategy board games. Click here to check the current price of Pandemic on Amazon.

Board games come in all sorts of shapes, sizes, themes, and age appropriateness. Choose games based on who will be playing them. Many board games for children are good learning tools. Kids can learn about everything from numbers and letters to emotions and life events. Other skills learned from board games include logical thinking, problem-solving, deductive reasoning, and more.

Puzzles are considered games sometimes. Most of this depends on what type of puzzle it is. For instance, a puzzle that has a competitive aspect to it could be considered a game. An example of this is a Rubik’s Cube. Rubik’s Cube presents a problem for solving. You must rearrange the cube to get all of one color on each side. The game is a race against yourself or others.

A jigsaw puzzle is not considered a game. You work toward an end goal–to finish the picture. You could turn it into a game, however. Simply make your leisurely pastime into a race against others working the same puzzle.

Some puzzles have rules to follow, much like board games. Think about a peg puzzle board. It consists of a board with some number of pegs inserted into holes. The goal is to hop pegs over other pegs to remove them from the board until there is one remaining. You must follow the rules to reach the goal. This kind of puzzle is a game you play by yourself.

Puzzles aren’t all the same. There are several types of puzzles. Generally, they all present a problem to be solved or a toy to be figured out. Puzzles allow you to test yourself and hone useful skills such as logical thinking and reasoning.

Here’s a list of some different kinds of puzzles.

Many more puzzle types exist. These are some of the most popular types. While puzzles may cause frustration, there are plenty of benefits associated with doing them.

Research shows there are multiple benefits to doing puzzles. Puzzles serve as exercise for your brain. Just as you exercise the muscles in your body to make them stronger, you should exercise your brain to make it stronger. Mental exercise increases your level of cognitive functioning.

Problem-solving skills are honed when doing puzzles. These skills are used in all parts of our lives. Puzzles force us to look at a problem, consider options, analyze different possible outcomes, and change course quickly if needed. We develop our critical thinking skills by solving problems in puzzles.

What Is the Difference Between Board Games and Card Games?

A board game typically comes with one set of rules prescribed for one game. Card games have different sets of rules all designed for playing with the same deck of cards. Both are played on tabletops but with different components and limitations.

Board games have a competitive aspect that puzzles do not. While board games are meant to be played with others so there’s a social factor to them, puzzles are usually done alone.

Puzzles can be made game-like by adding a competition component. Puzzlers can compete against one another to see who can finish in the least amount of time.

Board games and puzzles both have benefits for participants. They range from increases in mental capacity to the satisfaction of social needs and even de-stressing. So get your game on, solve some puzzles, and have fun doing it!