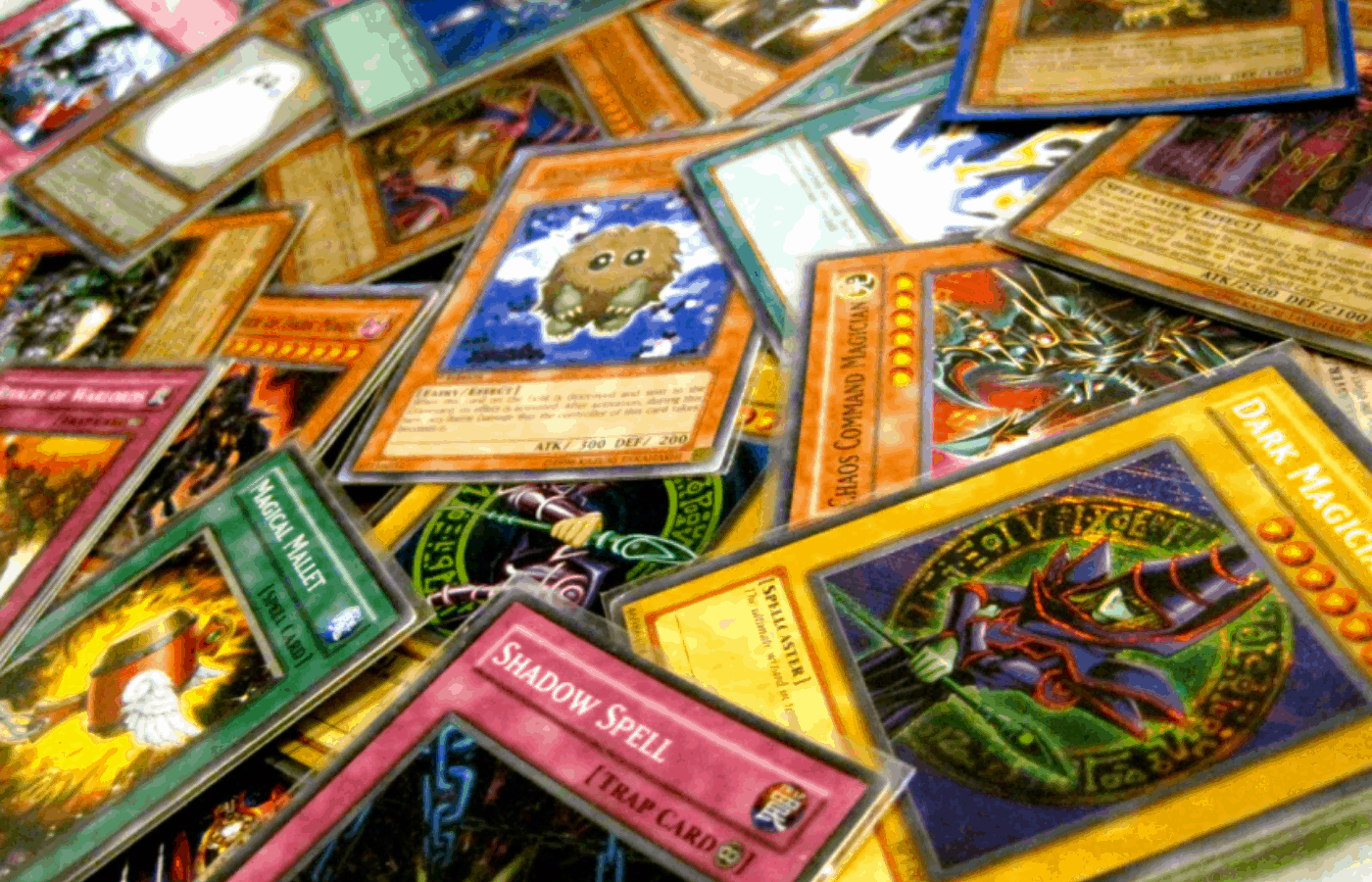 YuGiOh cards can feel rather weighty compared to some other trading cards. This is due to the high-quality materials that they have been constructed from.

So, how much does a YuGiOh card weigh? Well, each card, assuming it isn’t a foil card, will weigh 0.05oz, roughly. It is important that you bear this number in mind. After all, there are some people that will sell their old trading cards by the pound. So, if you know how much each card weighs, you will know roughly how many cards you are going to receive.

Let’s expand upon this idea a little bit more, shall we?

Rare YuGiOh cards will weigh slightly more if they are foiled. Although, if you are just picking up the card, it is not really going to be a noticeable difference. You would have to put them on a scale that measures small variances in weight.

Don’t think that you are going to be able to weigh booster packs in order to determine the value of the cards inside, though. Nearly all booster packs will have a holo in them nowadays.

We recommend using a scale like this one that’s on Amazon since it is pocket-sized and also measures in .00g.

How Much Does a Yugioh Card Weigh In Oz/Grams?

In ounces, a YuGiOh card will weigh 0.05oz

As stated before, some of these cards will weigh ever so slightly more if they are a foiled trading card. However, the difference in weight is going to be imperceptible if you just pick them up.

How Much Does 200 Yugioh Cards Weigh?

Putting aside the fact that there are varying weights between YuGiOh cards, you can roughly assume that 200 YuGiOh cards will weigh the following:

How Much Does 50 Yugioh Cards Weigh?

If you have a stack of 50 YuGiOh cards, then this is how much you can expect them to weigh:

These are going to be rough numbers. Obviously, you could drill this down into more decimal places if you want. However, we are positive that the bulk of people with YuGiOh cards probably don’t really need to weigh down to the third decimal point.

How Much Does a Deck of Yugioh Cards Weigh?

A YuGiOh deck is going to be 60-cards. So, let’s quickly go over how much the cards are going to weigh if you have 60 cards in your deck:

This is before you factor in the sleeves that you will wrap around the cards. This can add a considerable amount of weight onto your deck.

How many cards are in a pound YuGiOh?

If you head on sites like eBay, then you will often find that people sell their YuGiOh cards by the pound. Or, fractions of a pound. The number of cards that you are going to get in a pound is huge. Seriously huge.

You are going to be getting 323 cards in a pound of YuGiOh cards. Well, thereabouts. If there are a few shiny cards in the block, then you may be getting slightly fewer cards than this. But, on average, there is going to be 320 cards. This is to factor in any incorrect weighing.

Do remember that if you are buying a pound of YuGiOh cards, then you are probably not going to be buying anything that has any value in there.

Most of these cards are just going to be chaff that probably wouldn’t have that much value to collectors or in any decks. When somebody puts together cards in a pound block, then you can be sure that they have likely removed any cards of value from them.

Most of the trading cards that have been sold by the pound will tend to be for children that just want a few cards to look at rather than having anything that they can seriously invest in to play YuGiOh with.

No. YuGiOh cards have not changed weight over time. There may be some sets that may be slightly lighter or heavier if there was a slight change in card stock. However, with YuGiOh, this does seem to be rather rare.

Do Yugioh Cards Change Weight Based on Where They Are Manufactured?

YuGiOh cards are manufactured around the world. However, unlike other trading card games, there doesn’t really seem to be a difference in the card stock that depends on where the card has been manufactured.

This means that a card produced in one country is going to weigh exactly the same as a card produced in another country. Your biggest concern is probably going to be whether the cards are written in a language that you can understand more than the actual overall weight of the card.

This is not to say that there have not been differences in card weights over the years. There probably have been. However, these differences are likely to be negligible.

YuGiOh cards will weigh 0.05ozs each.

Foil cards will tend to weigh a little bit more than your average YuGiOh card. However, you are unlikely to be able to spot the weight difference unless you put the trading card on a scale. Because all YuGiOh booster packs contain foils, you cannot weigh the packs either.

If you buy a 1lb of YuGiOh trading cards from sites like eBay or Amazon, then you can expect to receive about 320 cards.