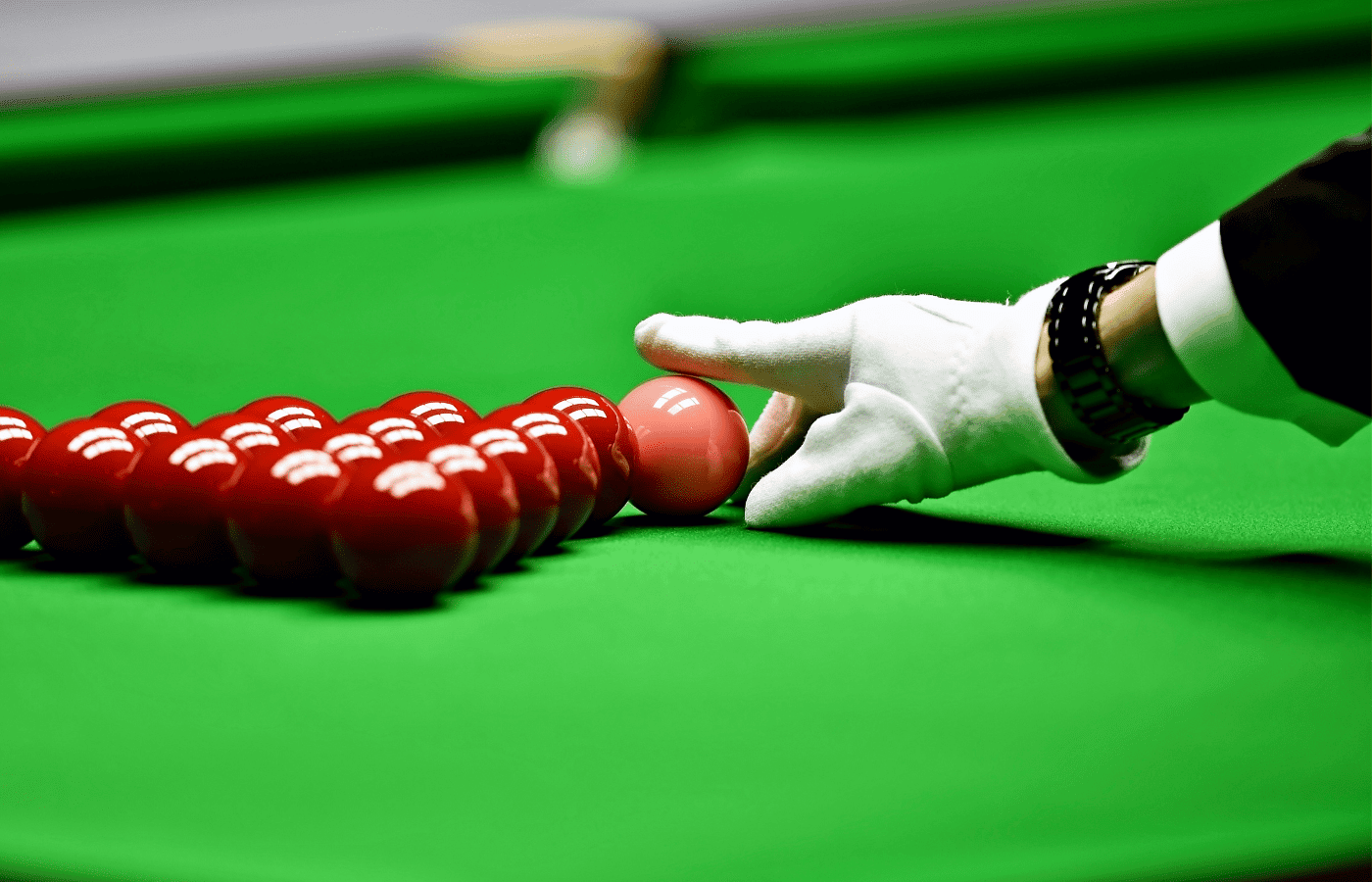 If you love snooker but don’t quite have the skill to become a pro snooker player, you may have considered the idea of refereeing. It is a great way to have an impact on the sport, and you may even make a bit of a side income while you do it.

In order to become a snooker referee, you will be have to take a short class and pass an examination at the end to test your knowledge.

There are different classes of referees which means it can take much longer to reach your desired goal as a snooker referee if you are planning on being a referee in tournaments.

Process to Become a Snooker Referee

Now, the process to become a referee will be dependent upon the country. We are going to talk about the English Partnership for Snooker ; Billiards here. This is because most major tournaments are held in England, and thus this is a fantastic place to get started.

A lot of countries copy the same process that the EPSB use. For example, the Scottish process is virtually the same. However, you will need to know about the rules in your country to know for sure.

To check the current price and availability of Snooker Gloves, click here to view the selection on Amazon.

How Long Does It Take to Become a Snooker Referee?

Referees are split into three different classes, with class 3 being the lowest. As you work your way up the levels, you will be able to referee more and more matches.

This is the lowest class, and the easiest to obtain accreditation for. In fact, you could, in theory, receive Class 3 accreditation within a few days. In England, the course costs £149.99, and you will have a 2-day course where you will go over the rules.

At the end of it, you will be examined. If you pass the test, you can now referee at a class 3 level. These will be the smaller sanctioned games under the EPSB.

You will need to have a decent understanding of the rules of snooker, but almost everybody can obtain Class 3 as a referee. You will struggle to find work, particularly well-paying work if you stick at this level.

Over the next 2-years (sometimes longer or shorter depending on where you live), you have to referee sanctioned snooker matches. A log will then be kept of all of these matches and this log will be compared against the official record.

After 2-years, you can apply to become a class 2 snooker referee. The more matches you have overseen, the more chance you have of being approved. However, you will need to complete an additional course and examination. Some snooker boards will also assign you a mentor to get you through this process.

In the countries that require mentors e.g. Scotland, it will be up to the mentor to decide whether you can apply for a Class 2 license.

Applying and receiving a class 2 refereeing license is not going to be easy. However, if you have regular experience and love the sport, you will get through the process eventually.

If you want to referee in the major tournaments, then you need to be a class 1 referee. As you can imagine, only a few people are ever going to be getting through to this stage. At the minimum, it will take 2-years from Class 2 to Class 1, although some can wait up to a decade!

There will be a further course carried out there. However, you will not be put forward for that course unless you have deemed yourself worthy as a potential snooker referee. For example, some boards require you to be recommended to become a Class 1 referee.

It will still take several years, but you will have an easier job of getting through to the upper echelons of the career if you are young.

How Much Do Snooker Referees Get Paid?

The amount a snooker referee gets paid will be dependent on where they are refereeing, plus the stage of their career that they are at. We are going to quote the prices in GBP (£) here. This is because most snooker tournaments are played in either the UK or other Commonwealth countries.

First and foremost, if you are a low-level referee, then do not expect to make living from that. It is more of a part-time job that you can use to have a little bit of fun. You can earn anywhere from £35 to £70 per match.

Obviously, the higher level the match, the more money you can earn. If you are refereeing a match for the EPSB, particularly a ranking match, then it will probably be closer to the upper-end of things. You may also have travel expenses and the cost of food added to this, but this will be dependent on where you are refereeing.

If you are skilled enough to be one of the refs that appear on TV, and we are talking in the absolute minority of referees, then you could make a living wage. By all accounts, TV referees are earning around £60,000 per year. This is actually a little bit over the average salary of the lower end players on the World Snooker Tour that often cap out at £50,000.

If you are lucky to end up being a TV referee, you are going to likely earn a lot more than the £60,000, though. This is because, interestingly, snooker (at least in the UK) is one of only a few sports that allow the referees to have sponsorships on their uniform.

This means that the average referee can be earning between £80,000 and £100,000 per year. The referees that are pretty much household names, and the ones that referee major finals, could be earning up to £250,000 per year!

Wages outside of England are not that brilliant for snooker referees. There is a reason why so many European referees end up on the World Snooker Tour where matches are mostly held within Commonwealth countries. Outside of that, the wages are woeful.

Although, this is mostly down to snooker not being that much of a popular sport there.

Obviously, most people reading this will probably not crack out of the £35-£50 per match barrier, and even to earn that they are going to need to be incredibly lucky. If you want to become a snooker referee, then we hope that you are doing it for the love of the sport rather than to make ends meet.

Becoming an entry level snooker referee is a task that can be accomplished in just a few days. This is all you need if you plan on only refereeing and small local events.

But, if you are planning on becoming a class 1 referee, then you will need to put in the extra time and effort to become a professional referee. At the minimum, you are looking at 4-years to get to the top level of snooker refereeing. However, most people will take upwards of a decade, some may never get there at all.

If you purely want to referee, you can become a qualified referee in a few days. You won’t earn much, but at least you can experience the sport.