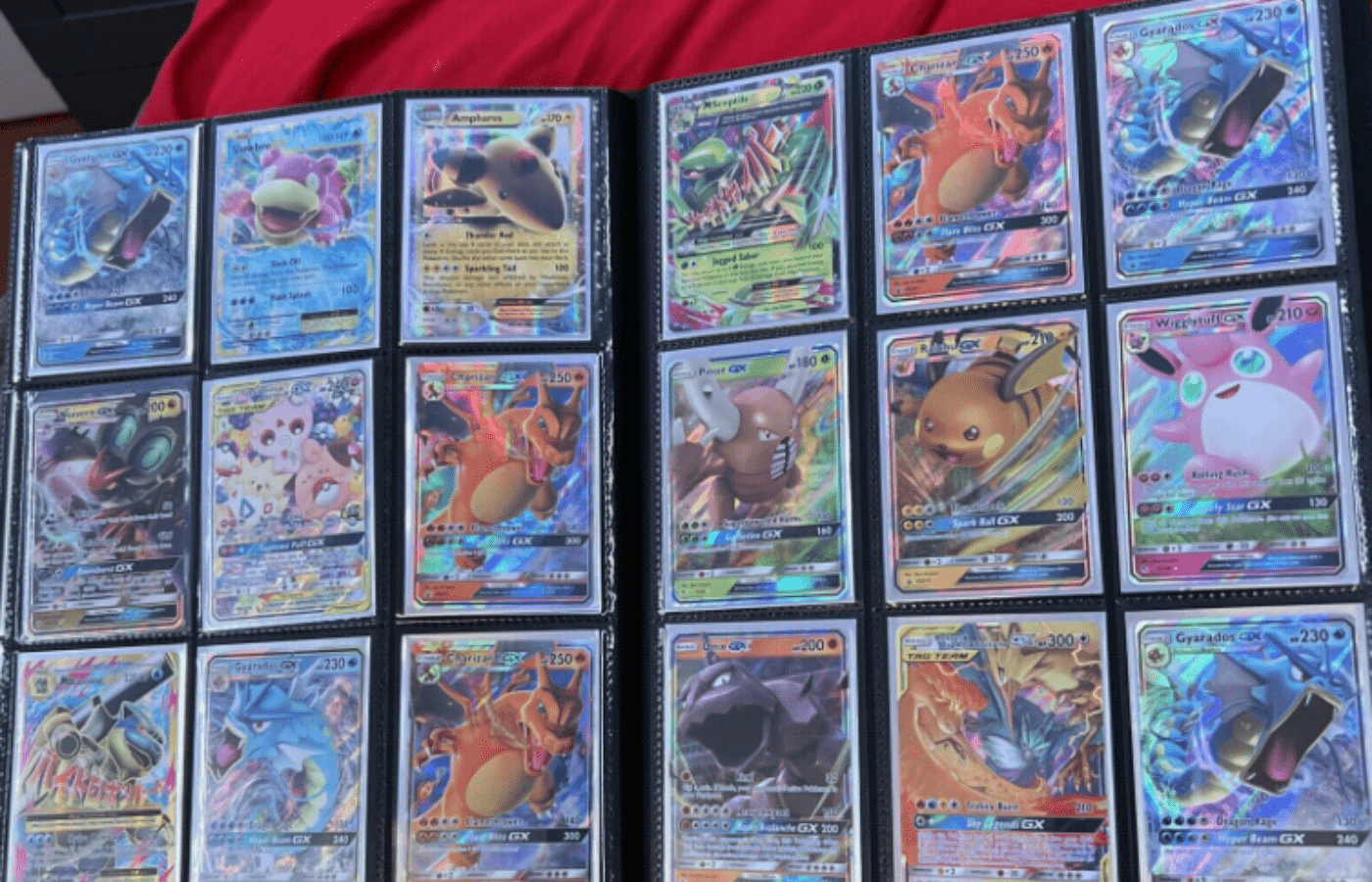 Pokemon EX and GX cards are some of the most powerful cards in the game. It is no wonder that so many people want to get their hands on them. So, how do you get your hands on a Pokemon EX or GX card? Let’s take a look.

There are a couple of ways. You can either pull them from a booster, or you can purchase them individually. Of course, EX and GX cards cannot be found in the same sets. So, if a set contains an EX card, it won’t contain a GX card.

Let’s go into a bit more depth because we know that things can be a little bit tricky if you are new to playing the Pokemon Trading Card Game.

How Do You Get GX Pokemon Cards?

Pokemon GX cards were first introduced in the Sun ; Moon expansion. They have been available in most sets since then. If you want to get your hands on a Pokemon GX card, then you will want to open booster packs that contain the card that you are after. Although, this is not going to be a guaranteed way to pull the card that you want.

If you want to guarantee a particular GX Pokemon card, then you can always purchase it from the open market. There are plenty of sites out there that allow you to purchase individual GX cards.

Although, at the time of writing, many of these cards are still viable in the standard format of the game. This means that they may be a little bit more expensive than you were hoping.

To check the current price and availability of Pokemon EX/GX card lots, click here to view the listing on Amazon.

How Do You Get EX Pokemon Cards?

Pokemon EX Pokemon Cards are no longer produced. They have been replaced by Pokemon GX cards. EX Pokemon cards had a minor use in the New Destinies expansion pack. However, they really came into their own when the XY series of expansions came out.

This is because the EX Pokemon become M EX Pokemon, which were even more powerful versions than the original EX cards.

Of course, if you want to pull EX Pokemon cards, then you are going to need to pick up some of the original booster packs that they were included in.

This includes most of the sets that came under the XY banner. You are not guaranteed any pulls here, so it may not be the best route to go down if you have a particular trading card in mind.

If there is a specific EX Pokemon that you are after, then your safest bet is to pick it up from an open market site e.g. eBay, Amazon, or a site that is dedicated to trading card game purchases.

Because these cards are no longer viable in the game, they are going to be nowhere near as expensive as they were when the sets were first released.

What Are the Chances of Getting a GX Pokemon Card?

GX Pokemon Cards were meant to have a massive impact on the format of the game. A GX Pokemon card has a pull rate of about 1 in every 9 booster packs. This means that there could be up to 4 GX cards in a single booster box.

The full art GX Pokemon cards had a pull rate of around 1 in every 18 packs. Although do bear in mind that those cards had the same stats, they were just rarer.

If you are after a specific GX card for any reason, then it may not be worth trying to pull it from an actual pack of cards. They are too rare. You may as well just try and pay out of pocket for them. You stand a much, much better chance of getting the card that you want.

What Are the Chances of Getting an EX Pokemon Card?

EX Pokemon were a lot rarer than GX Pokemon were. The average pull rate was 1 in every 18 booster packs. This means that you may only pull 1 or two per booster box.

The low pull rate did mean that EX Pokemon didn’t quite have the same impact on the game that their GX counterparts did. Although, of course, a lot of people just collect Pokemon cards. This means that the rarity meant that EX cards, viable or not, were some of the most expensive cards that you could purchase at the time.

If you are looking out for an EX Pokemon Card, then we would never suggest trying to pick them up from booster packs. Your chances of pulling the card that you want are ridiculously low.

How Much Are EX and GX Pokemon Cards Worth?

Unlike other trading card games (e.g. Magic: The Gathering), Pokemon trading cards tend not to hold their value too well. Well, at least outside of the genuine rare cards such as Charizard.

This is because Pokemon does not really have a viable format outside of the standard format. Once a set has been rotated out, nobody ever really thinks about it again.

This has an impact on the value of an EX or GX card. If the card is getting a ton of use in the game, then you can expect to pay upwards of $20 for the card. Some have even been selling for closer to the $100 mark.

However, as soon as that card becomes useless in the main format of the game, then the price could drop to a couple of dollars.

If you are buying Pokemon cards with the intention of playing with them in tournaments, then you will likely have no choice but to pay the higher price for the cards. However, if you are planning to buy the cards as a collector, then we recommend that you wait until a set has rotated out of the current standard format.

Almost all of the cards are going to plummet here, with the only major exception being cards like Charizard. They rarely fall. In fact, they will mostly climb in price.

What Is Better GX or EX Pokemon Cards?

GX Pokemon cards are considerably more powerful than EX cards. They have a lot more HP, and they all have a special power that can be used in the game. Those special powers, while they can only be used once, could completely change the tide of the battle!

Of course, due to them appearing in completely different expansions, chances are that GX and EX Pokemon cards are never going to face off against each other in direct battle. So, it doesn’t really matter which one is the most powerful. You will likely be using one or the other.

If you want to get EX and GX Pokemon cards, then you are going to need to look into the Pokemon card sets that they were first released in. For EX, this will (mostly) be the expansions under the XY banner, while GX cards come from Sun ; Moon onward.

The easiest way to get the cards that you want is to purchase them as singles from sites like eBay.

If you are planning on buying the cards for collector purposes, then we suggest that you wait until a card has been rotated out of a format before you spend your money.