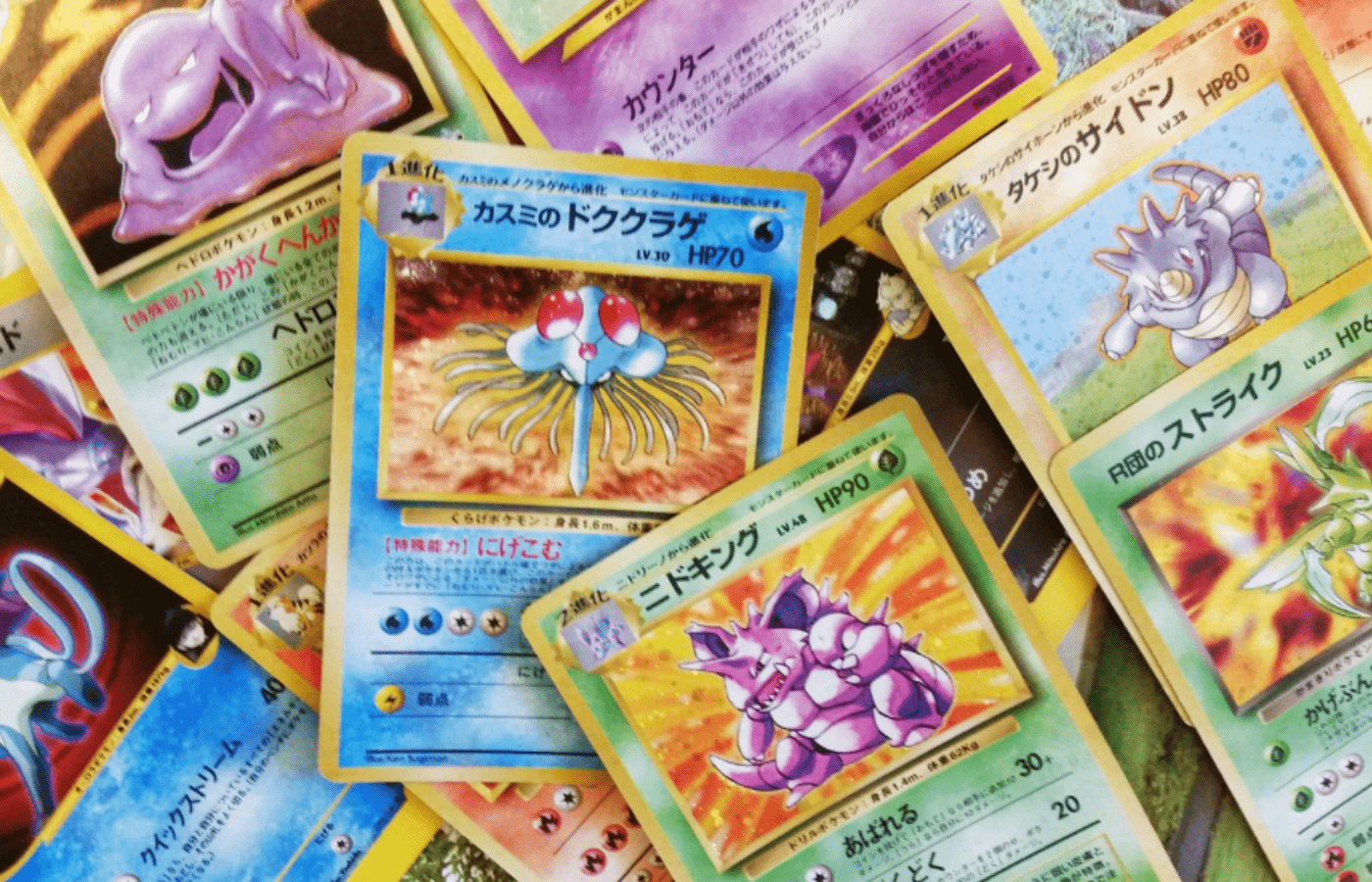 While you can’t actually use them in an English game of Pokemon (different card backs), it may still be worth knowing a little bit about how to read Japanese Pokemon cards. After all, some of the designs can look pretty awesome.

So, how do you read Japanese Pokemon cards? Well, it isn’t actually all that different from an English Pokemon card. They have exactly the same layout. If you hold them side by side with an English card, then it should be pretty simple.

Now, we are not actually going to teach you how to read Japanese here. That would take an age. Instead, we are going to tell you where the various pieces of information are on the card.

Just like in the English version of the game, you have three different cards:

Unless you know Japanese, it is going to be nigh on impossible to read the trainer card. It is just going to be a block of text. Energy cards look exactly the same as English cards. It is dead simple to read those. You have a flame for fire, water drop for water energy, etc.

As we said, though. You won’t be able to use Japanese energy cards while playing the game, even if they do not have Japanese on them. This is because the card backs are different. This would make them identifiable in a deck.

The rest of what we are going to focus on here will be the actual Pokemon cards.

Name of the Pokemon

The name of the Pokemon will be in the top left-hand corner of the card. Not the part in the diamond, but the part just below that.

Level of the Pokemon

On the top right hand of the card, you will have two numbers:

The level will conveniently have ‘LV.’ written next to it. Yes. This will be in English.

To the right of the HP will be the type of Pokemon that you have. This will match up with the energy cards. Although, of course, there will be no energy card if it is a colorless energy card.

If you are familiar with the English version of the game, then the energy for the Pokemon will be exactly the same. You will know how to read it by taking a glance at the card.

The layout for each ability is going to be the same, though.

On each ability line, it will have this layout:

Now, if you look to the bottom left of the card, you will see an energy symbol with a x2 next to it (sometimes could be higher than x2). This is the weakness of the Pokemon. This means that any damage from a Pokemon with that energy type will be doubled. For example, a Pikachu would take double damage from any Pokemon that is a fighting type.

The final box on the bottom left hand side of the Pokemon will be the Pokedex entry for that Pokemon i.e. if you played the Pokemon games, then the information found here is going to be very similar to the games. You don’t really need to translate this. it is more a flavor text. It doesn’t have an impact on the game.

Right at the bottom of the card, you will see (from left to right)

Remember, the sets in Japan are not the same. So, do not expect the logo for the set to be one that you are familiar with.

Learning how to read Japanese Pokemon cards isn’t that hard. You don’t actually need to know Japanese (in most cases)

The layout of Japanese cards is exactly the same as English cards. Just hold them side by side if you are confused by any of the information on the Japanese variant.

The one thing that you do need to remember is that you cannot use Japanese cards in the English version of the game. This is due to different card backs.