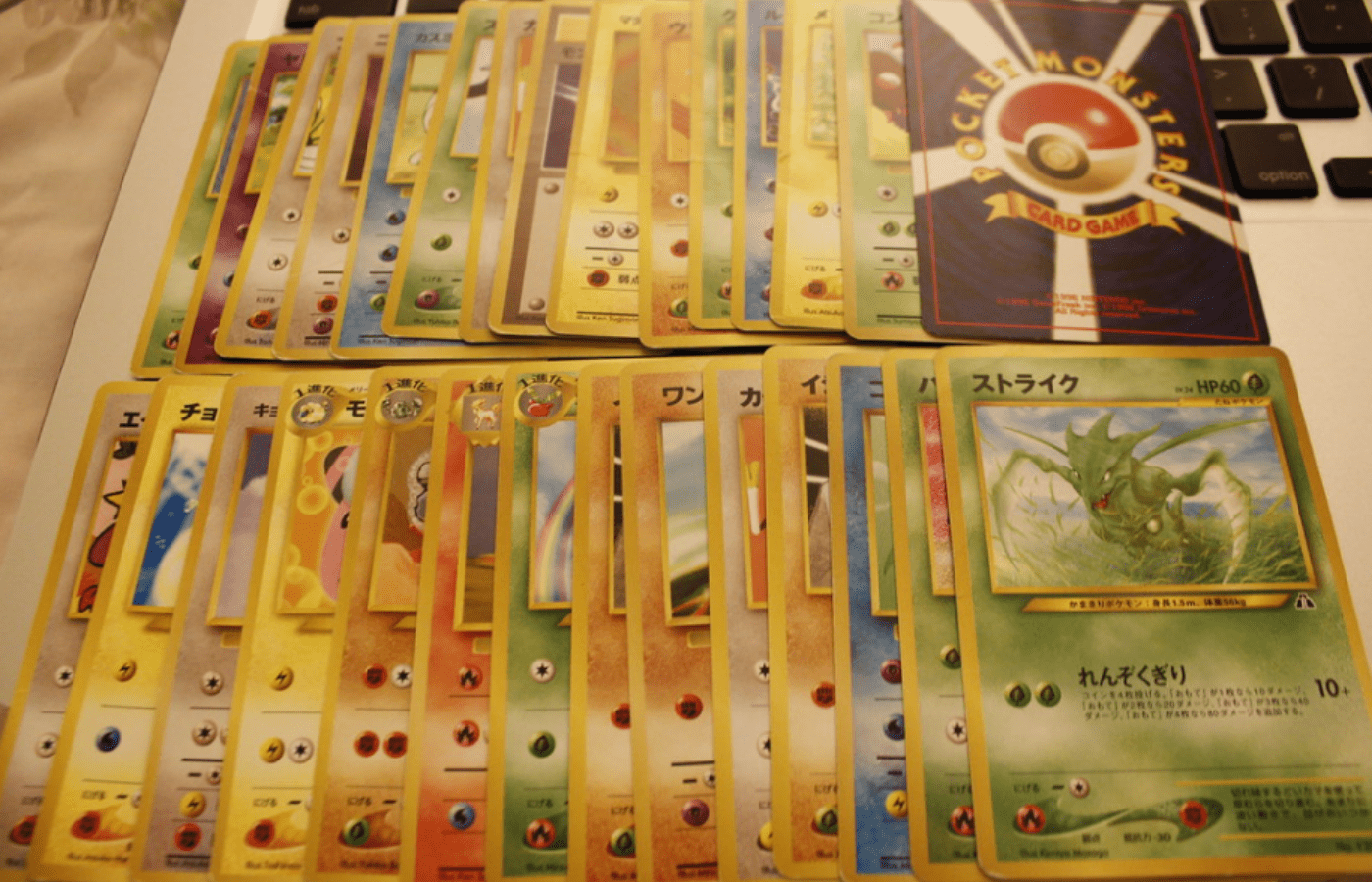 Pokemon is, of course, a Japanese brand. When people fall in love with Pokemon, they often want to get their hands on Japanese Pokemon cards too. But, where do you get them? Luckily for you, we have all the answers that you need.

So, where do you get Japanese Pokemon cards? Well, not easily. Obviously, you could go to Japan. However, not everybody is going to be able to do this. Instead, you will need to look to sites like eBay, Amazon, and certain trading card websites. However, do bear in mind that due to the limited value of Japanese Pokemon cards, it may be a struggle to find somebody that sells them.

How Can I Buy Japanese Pokemon Cards?

If you head to Japan, you are going to find Japanese Pokemon cards in plenty of stores. They can be found just about everywhere. Although, of course, you probably don’t want to travel all the way to Japan to pick up some Pokemon cards.

Your safest bet will be to use websites like eBay or certain trading card game websites. You will almost always find a selection of Japanese cards there. The best part is that because the Japanese cards are so worthless, barely anybody is going to bother producing fake cards.

How Can I Get Japanese Pokemon Cards In The US?

As we said, the best place to get Japanese Pokemon cards in the US would be on sites like eBay. It is unlikely that you will be able to wander into your local board game store and pick them up there, although stranger things have happened.

In some cases, if you have an Asian toy store in your local area, many of them will stock Japanese Pokemon cards. You may also be able to find these stores online.

Where Can I Buy Japanese Pokemon Cards Online?

In our experience, eBay is always going to be the best place to pick up Japanese Pokemon cards. While you may be able to find a few of them listed on sites like Amazon, they can be quite expensive there, and the selection is rather limited. If you head to eBay, then you will almost certainly find that they sell Japanese single cards, which is great if you are trying to track down a particular card!

You may also be able to find Asian toy stores online that sell Pokemon cards. Because Japanese candy is immensely popular in the United States, there are a lot of online stores that import it and sell it online. Many of them will import toys and games too.

Pokemon cards may be among that selection. You likely will not be able to purchase Pokemon singles here, though. You will probably be able to pick up booster packs and, at a push, big promotional boxes.

There are some online trading card game websites that will have singles up for trades. These are the sites that tend to specialize in English cards. Every so often, you may be able to find a Japanese card or two listed in the selection. Although, this has been quite rare for us. This is because Japanese sets are numbered differently. This means that it can take a good bit of digging around on these sites.

Finally, you can order the Pokemon cards direct from Japan. Because of the popularity of Japanese products in the United States, many Japanese websites will have an English translation of their site available. However, do bear in mind that if you order from one of these websites, you will be liable for import taxes.

These can be rather high, and they can make cards that look quite cheap much more expensive when they arrive in the US! The best online stores will actually include import taxes in their prices.

To check the current price and availability of Japanese Pokemon cards, click here to view the selection on Amazon.

Are Japanese Pokemon Cards Worth Anything?

For most Japanese Pokemon cards, no. There have been some rare Japanese cards printed over the years, some of which are the most expensive trading cards that you can get (e.g. the Japanese Illustrator Pikachu, of which under a dozen were produced), but most of the cards are not really worth anything to people outside of Japan.

The only real reason that people aim for Japanese Pokemon cards is that they are going to be a fan of the artwork. While a lot of the artwork on the Japanese cards will be the same as the English language cards, you may find a few unique options every so often. This means that the real value for the cards is as a collector.

You will find that Japanese cards will get more expensive the rarer that they are. However, they are always going to be vastly cheaper than the English version of the game.

Because they are not worth anything, and because there are a limited number of places that you can sell Japanese Pokemon Cards, we wouldn’t really recommend that you buy booster boxes and packs of Japanese cards in the hope of making some money. You probably won’t. You should be purchasing them for their collector’s value only.

Why Are Japanese Pokemon Cards Cheap?

Because nobody wants them.

Obviously, Japanese Pokemon cards are popular in Japan. It is where the game got properly started, after all.

However, for those people that want to compete in the Pokemon Trading Card Game tournaments, then the Japanese cards are worthless. This is because they cannot be used in normal Pokemon tournaments. They can only be used in Japanese tournaments.

As you may well know, if a card doesn’t see a lot of play, nobody is going to want to purchase it.

How Can You Tell if a Japanese Pokemon Card Is Rare?

A C means that it is a common card, and a U means that the card is uncommon. Of course, a holo card is going to be rarer than the standard version of a card. So, a rare holo is rarer than just a normal rare.

Can You Play With Japanese Pokemon Cards?

You will not be able to use Japanese Pokemon cards in official Pokemon tournaments.

Some people will use Japanese cards as proxies when they are playing the Pokemon TCG around the kitchen table. However, because Japanese Pokemon Cards are different from the English cards, you will need to have an English translation close by.

You do need to be aware of the fact that Japanese Pokemon Cards actually have a different card back to their English counterparts. This means that they are going to be easily identifiable in a deck. This means that if you are using them as proxy cards, you will need to have a card sleeve on them. If you can see the back of the card, then it is going to be unfair on everybody that is playing the game!

Japanese Pokemon cards can be purchased from a few sites online. However, you will likely need to stick to eBay if you are after a specific card.

You may also be able to purchase Japanese Pokemon cards directly from Japan. However, do bear in mind that there may be some import taxes applied to these cards when you order them.

If you do get your hands on Japanese cards, don’t expect to be able to sell them easily. Outside of a couple of cards, they are pretty much worthless. You may get no more than a few cents for them.