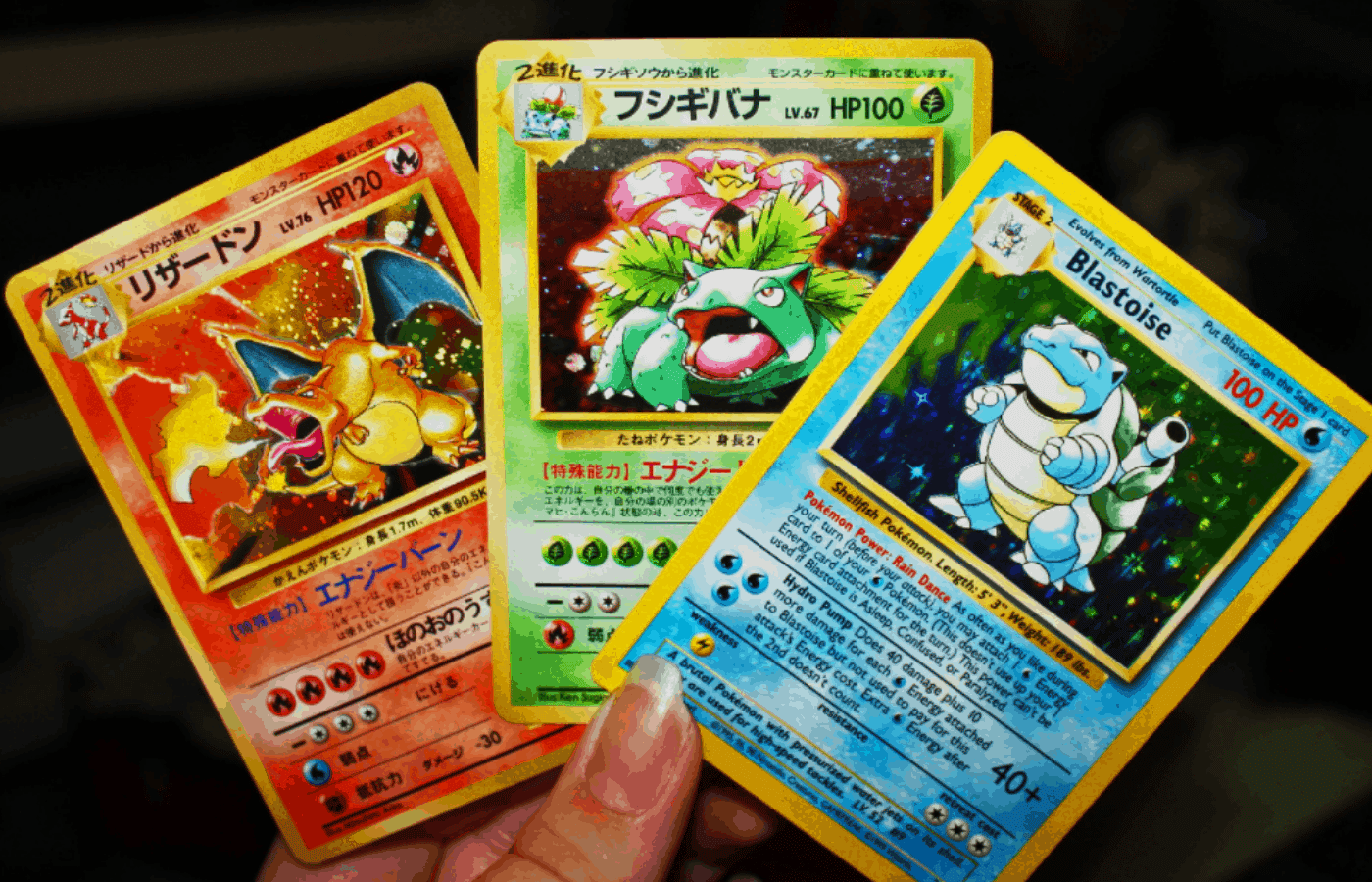 As a Pokémon fan, you may be wondering whether the Japanese cards are worth more money than other types of Pokémon cards. Pokémon trading cards are a fun way to engage with the Pokémon universe, and they have become widely available across the world.

While Japanese Pokémon are considered to be the highest-quality Pokémon cards, they are not significantly worth more. The main thing that determines a Pokémon card’s value is the rarity and age of the card, not its nation of origin.

If you are a Pokémon trading card collector, don’t let this comparison discourage you. Keep reading to learn more about Japanese Pokémon cards, and how you can be on the lookout for rare and valuable trading cards.

Are Japanese Pokémon Cards Worth More or Less?

Pokémon has become a wildly successful game franchise since it was first founded, and collecting Pokémon cards has become more than just a pastime, but also a potential opportunity to make money.

Although Pokémon originated in Japan, the cards are not guaranteed to be worth more money than their English-language counterparts.

However, the average price for English Pokémon cards is generally higher. Because they are sold at a higher price, their resale value is often higher as well.

To check the current price and availability of the Japanese Pokemon Booster Box market, click here to view the selection on Amazon.

What Japanese Pokémon Cards Are Worth the Most Money?

The infamous base set Charizard can be worth thousands of dollars when it is both graded and 1st edition.

If you are looking to collect or sell valuable Pokémon cards, it can be helpful to know which ones are worth the most money. The value of a Pokémon card is typically determined by the following factors.

How many of a given type of Pokémon card exist on the market? If it is not many, this means that the card is rare, and therefore is more desirable to those looking to expand their collection.

The Pokémon franchise began in 1995, and it started making trading cards in 1998. If you own one of the oldest Pokémon cards that exist, it could be worth more. This is especially true as the company has been around for decades and its track record of success means it will probably be around for a long time to come.

A few special collector’s edition cards are made from unique materials. There has even been a Pokémon commemorative anniversary card made from gold.

If you own a card that is notably different from standard Pokémon trading cards, it may be of higher value because of its uniqueness.

A first-edition Japanese Pokémon card means that it was part of the first group of cards in a release. These cards are considered to be the originals. Because they were one of the first of their kind on the market, this means that their price can be significantly higher than the cards that are not from the first edition.

How Can You Tell if a Japanese Card is Rare?

Pokémon trading cards adhere to various rules, but one of the most common is that of hit points. Hit points (HP) signal how much damage a Pokémon can take, and a higher number means that they are stronger.

If you are hoping to identify a rare Japanese card, look at the HP in the upper right-hand corner. A higher HP means that it is a stronger and therefore rarer Pokémon.

Additionally, you can do some research to see how much money similar cards are going for on the market. If you do not know Japanese, it may be difficult to tell what the card you have is, so you may need to compare based on pictures.

The following are often not indicators of a Pokémon card’s value:

It is also worth noting that energy cards are not considered rare or valuable cards.

What is the Rarest Japanese Pokémon Card?

Although there are many rare Pokémon cards, the rarest in existence is the Pikachu Illustrator card. This card was made in 1998 and it is estimated that only between 20 and 39 copies have ever been released.

The artwork on the card was done by Atsuko Nishida, who is known for being the original illustrator of the Pikachu Pokémon. Recently, one of these cards sold for $195,000 at an auction, and there have been instances where they have garnered more than $200,000 in a trade.

Needless to say, if you own an authenticated Pikachu Illustrator card, you have the rarest and most valuable Pokémon card in the world.

Collectors may sometimes come across fake Pokémon cards, especially for card types that are rare or valuable. Fake Japanese Pokémon cards often have the following characteristics.

A fake Pokémon card will be a single hue, not the beautiful gradient that Japanese Pokémon cards are known for. Also, if you notice that the edges are damaged or that there is any abnormal creasing or inconsistencies in the card material, it is probably a fake.

Errors in Spelling or Font

Spelling errors are extremely telling of a fake Pokémon card. Although it may be challenging to tell this in Japanese if you don’t speak the language, ask someone who knows or do some research.

Additionally, if the font is inconsistent with other Pokémon cards that you know to be authentic, the card is most likely not legitimate.

Boxes of Japanese Pokémon cards are sold with a layer of protective shrink wrapping that often has Poké Balls on it. If this shrink wrap seems loose or informal, this could be an indicator of a fake.

Where Can You Sell Japanese Pokémon Cards?

There is an active market for Pokémon trading cards. If you are looking to sell some of your Japanese cards, the following are popular places:

With a little bit of research, you should be able to find a location near you or on the Internet that buys or trades Pokémon cards.

Pokémon trading cards are fun and exciting, but they can also be extremely valuable. Although Japanese trading cards do not have a higher retail price than English Pokémon cards, their high quality and historical value can give them a high earning potential.

If you are looking to buy or sell Japanese Pokémon cards, do some research on the rareness of different cards. Compare different types and editions, and always be on the lookout for fakes if you are investing in new cards.

Whether you intend to keep your Japanese Pokémon cards for yourself or sell them for a profit, these cards can have serious value if they are rare. This value can add to the excitement of the trading process, or make your cards a treasured possession for years to come.