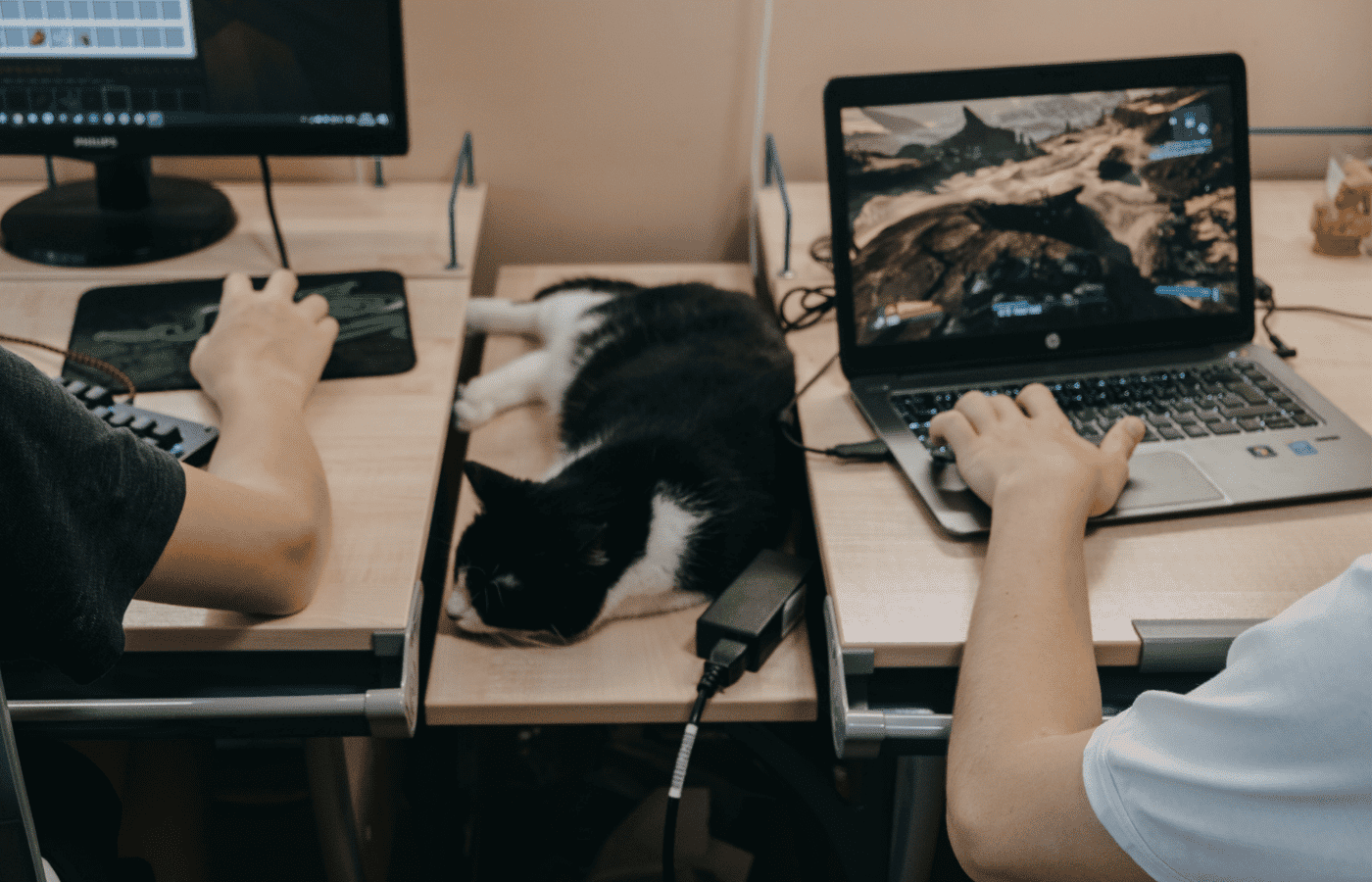 25Mbps is the sweet spot for online gaming as long as you are the only one using your internet, or your internet is used minimally by others. With 25 Mbps, you will be able to enjoy a smooth gaming experience but may experience longer wait times during updates and patches.

If three or more people are using the internet at the same time, this can cause lag in your game. To avoid this, you can time how and when to use the internet with those in your household, or upgrade to a faster speed, such as 50Mbps.

In this article, we will look at why 25 Mbps is a good speed for most games, what affects ping (lag), and ways to keep your game running smoothly.

It depends on several factors, such as if you are the only one using your internet, however, 25Mbps is usually sufficient for online gaming.

If there are other users using the internet heavily, such as continuous streaming in HD or 4K, you may notice that there is a lag in your games or you’re not fast enough to keep up in multiplayer games, and you may want to consider a faster Mbps for your internet.

25 Mbps can easily support one to two users, load webpages, and stream in HD of up to 1080p. It can also support smooth online games as long as no more than two people are using the internet at any given time.

To compare 25 Mbps with a speed such as 100-200 Mbps, a faster speed over 100 Mbps can support five users simultaneously without trouble, streaming 4K and HD videos, and running online games will make all five users actively using the internet heavily.

Keeping this in mind, 25 Mbps can easily work for you if your household does not have heavy demands on the internet, or if there are only one to two people in the household. 25 Mbps is the preferred speed for most households as it’s a balance of speed and price.

What Mbps is Good for Gaming?

According to Game Designing, the standard for a good gaming experience is at least 20 Mbps and up, as any number below 20 can cause lag and ruin your game.

In busy households with heavy internet usage, you may wish to opt for at least 50 Mbps, as the issue of lag from heavy use is removed.

Some games are more internet speed-dependent than others, so it depends on what types of games you’re playing, as well as how much your internet is being used by others and for what activities.

What Mbps is Good for PC Gaming?

For PC gaming, more emphasis is put on the ping rate as opposed to the Mbps. You will want to have a ping rate of no higher than 20 milliseconds, along with low packet loss. The absolute lowest speed recommended for gaming is three to six Mbps, but these numbers are more for casual gamers.

Games that take up a lot of bandwidth would be big MMO and FPS titles, where they recommend you to have at least 12 Mbps and up.

To keep your competitive edge and remove any possible lag, you will want to have your speed at 25 Mbps.

What Mbps is Good for Console Gaming?

The designers behind most video games recommend you to have at least three Mbps in downloading at least one Mbps in upload speed. This is still a bit on the slow side, which is good for casual gamers, but you will want something faster for competitive games.

How Does Mbps Affect Ping?

According to Xfinity, internet speed can be broken down into three things: the download speed, the upload speed, and the ping. Also known as ‘lag’, the ping rate is how long it takes for your internet to respond to your request.

Download speed has to be fast when it comes to using the internet, and it refers to how fast information is traveling from the server to you. This can take the form of viewing web pages, streaming videos, or Googling a GIF.

Latency, or ping, has the largest impact on your game performance and can be seen as a delay from when you press, say, the ‘A’ button to make your player jump, to when your player actually jumps on the screen.

This can affect online multiplayer games in a frustrating way, especially if you have a really high ping rate. This means that if your opponent strikes, their move may register first, so you won’t even get the chance to dodge or react before they’ve wiped out your player.

The best way to avoid this is to have as little of a ping, or as low of a ping rate, as possible.

How Do I Lower My Ping?

There are a number of ways to lower your ping rate that don’t directly involve upgrading your internet, and should be checked out first before taking further measures:

If none of these work, you can consider your next option of upgrading your internet directly.

We recommend using a Netgear Dual Band Wifi Extender like this one from Amazon. Using a Dual Band extender will ensure that you will be able to obtain 90-100% of your internets speed through WiFi. This is especially true if your internet speed is 50Mbps or above.

Why is Fast Internet and High Mbps Necessary for Good Gaming?

Also, online games are always receiving updates, and these updates can be huge, depending on the game (such as MMOs). These patches can become time-consuming with slow internet, sometimes taking hours or days to complete before you can get back into the game.

What Kind Of Games Can You Play With A 25 Mbps Connection?

Any graphic-intensive game, such as Call of Duty, along with being highly competitive and dependent on a low ping rate, demands a connection of at least 20 Mbps and up.

You will be fine to play these types of games with a connection of 25 Mbps, however, you may see a significant wait when downloading their patches and updates.

You will also have a fast enough connection to play without lag as long as no more than two people are connected to your internet.

Causes of Lag in Games

How Does Extra Programs Running in the Background Cause Lag?

Online games are already RAM-intensive, so any other program running alongside it that isn’t being used should be closed as it can drain on RAM and affect your overall experience.

Newer games have more and more 3D graphics and rendering, such as shading, which can be very taxing on your graphics card. If your graphics card is old, it won’t be able to keep up with the game’s demands, and cause lag.

How Do Game versions That Are Not Specified For Your System Affect Lag?

It’s not uncommon for games to come in multiple versions to help people with different specifications or outdated PCs, such as a lite version beyond the regular mainstream version.

It is always a good idea to check the game’s specifications and make sure they are meant for your device or hardware, so using a version that is not catered to your specs may lead to lag and game performance issues.

How Does a Super Busy Server Affect Lag?

A busy server has more active connections in it that are being processed by the server. More connections mean more information flowing, which can cause a server to burn out and not be able to keep up, causing lag server-wide.

This can also be the case for downloads from busy servers.

The fewer connections a server has, the faster it is, typically, and the less lag will be an issue.

Having high-speed internet is important for your gaming experience, and 25 Mbps is a speed most people tend to gravitate towards.

There are ways around lag, such as closing background tabs and moving the router closer to your PC or console.

If you have 25 Mbps and you are still experiencing lag, consider upgrading to 50 Mbps.