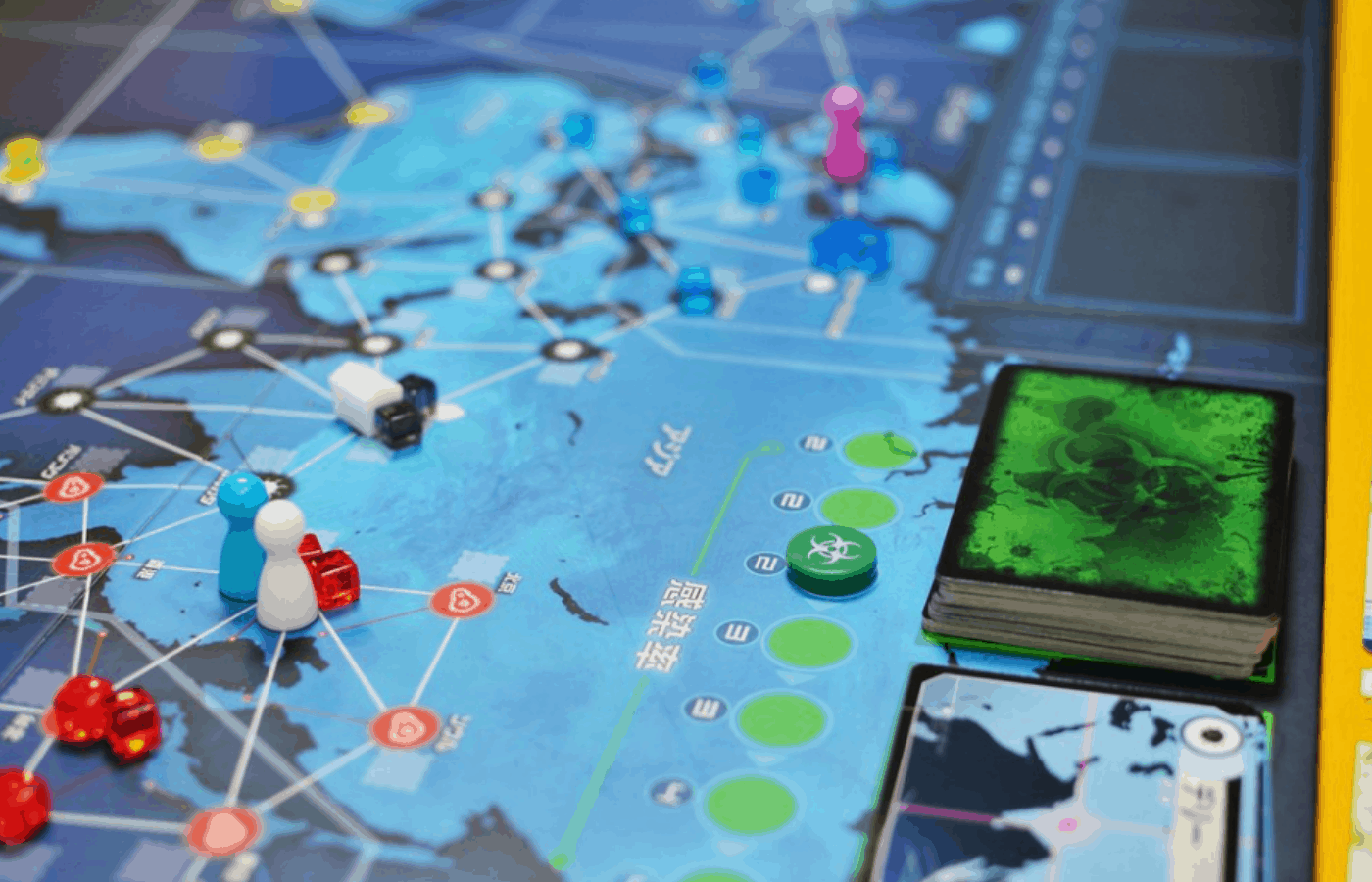 Pandemic Legacy is often marketed as a game that you can play with a group of 4 people for the ‘social experience’. The makers of the game wanted to create something that feels like a real event, so they want you to enjoy it with as many people as the game allows. But, does it work with 2 players? That is what we want to answer.

Pandemic Legacy is good with two players. The game functions perfectly well. You are going to be losing a lot of the ‘social nature’ of the game. However, if you can only find one other person that wants to play with you, then this is perfectly fine.

We want to expand upon this question a little bit on this page. That way, you will know whether playing Pandemic Legacy in a group of two is going to be worth your time.

Can You Play Pandemic Legacy With 2-Players?

You can play Pandemic Legacy with 2-players.

That being said, if you do play with 2-players, we suggest that each person controls 2 characters i.e. plays two hands. Most people believe that this is something that ends up making the game a whole lot more exciting. It is faster-paced, and a bit more challenging. So, while you are going to be playing it with 2 players, you are really pretending that there are four people that are sitting around the game table.

Did you know Pandemic Legacy has more than one Season? Check out all the Pandemic games by clicking here to view them on Amazon.

What Are the Benefits of Playing Pandemic Legacy With 2 Hands?

If you have 2 people playing then, as we said, it is suggested that you play with 2 hands, rather than a single hand per player i.e. you are pretending that you are 4 people.

This is because each player will start with fewer cards. This ups the challenge.

You will also have more ‘skills’ available to you (remember, each character in the game has their own abilities), which can add to the complexity of the game which, ultimately, makes things a lot more fun.

We also find that the story of the game feels a little bit better when there are more characters involved, which is nice since this is a very story-focused game.

The only downside (other than the increase in difficulty) is that you now have to think from the perspective of two people each, so if you have no experience with Pandemic, the game becomes harder.

Is Pandemic Legacy 2 or 4 Players Easier?

Pandemic Legacy when you are playing as 2 characters is far easier than the 4 player version.

Of course, if you play with 2 players, but each plays 2 hands, then it is going to be just as difficult as the 4-player game.

The reason why 2-player Pandemic Legacy is easier is that the game will throw fewer obstacles in your direction. A lot of people have actually complained that the 2-player version of Pandemic Legacy is easy to the point of boredom. As we said before, you are much better off playing with 4 characters, even if you only have 2 people sitting around that table.

The only time that we would see 4 players as easier is if you have a highly-skilled group of players that have tons and tons of Pandemic experience under their belts. These people will almost always be making the right decisions when it comes to their gameplay.

How Many Players Can Play Pandemic Legacy?

Pandemic Legacy is a game designed for between 2 and 4 players. However, if you really wanted, you could play with as little as 1 player. We can’t imagine that it would be that much fun if you went down that route, but it would certainly be possible.

The reason why you can shake up the number of players in the game is that it is a cooperative game. You are not going to be working against one another. This means that, in theory, one person could control 4 characters if they want. The game will be boring as part of the thrill of playing Pandemic Legacy is the discussion that you have around the table. If you really, really want to play the game solo, then it would probably be best just to play standard Pandemic.

Can You Change the Player Count of Pandemic Legacy Between Sessions?

In an ideal world, you would keep the same players throughout the game. The whole idea of Pandemic Legacy is to experience the story with a group of your closest friends.

However, we all know that not everybody will be able to make every single game night. So, you can easily change up the number of people that are playing from game to game. So, there is no reason why you wouldn’t be able to pay with 2 people in one session, 3 in another, and 4 in another session.

Of course, you will want to keep everybody up to date with the story so they know what the challenge is the next time that you open that ‘secret envelope’ that comes with the next play session. But, the overall game experience is not going to change whether you move the player count up or down.

Do bear in mind that if you play Pandemic Legacy with 2 people, then the game is often going to be far too easy for those that know how to play Pandemic properly.

If you have little choice, try to give each player 2 hands. This way, the game will function as if you were playing in a group of four. Not only will this up the challenge, but it also makes the game feel a lot more exciting.