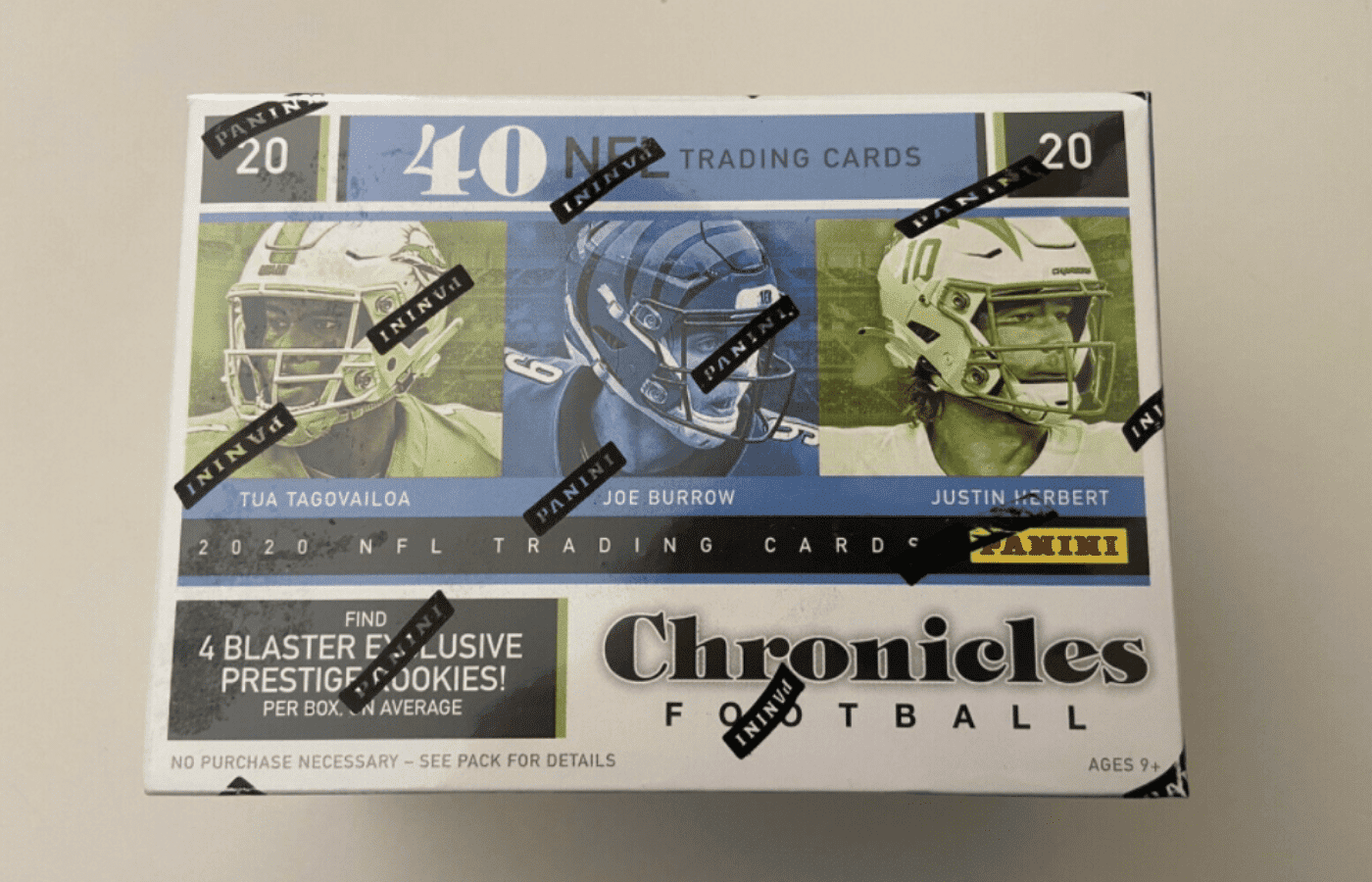 Panini is one of the leading providers of sports stickers and trading cards in the world. They are based in Italy, although they also run an operate in the United States under the name ‘Panini America’

Panini sports cards are no different from your typical sports card. In fact, chances are high that Panini produces at least some of the sports cards that you own. This is because they have licensing deals with all major leagues in the US, although the bulk of their card production focuses on NBA cards.

Let’s go into a little bit more depth on this. This way, you will know everything there really is to know about Panini sports cards.

What Are the Different Types of Panini Cards?

As we said, Panini actually holds licenses for many of the major leagues in the US and beyond. If there is a major sports league or tournament running, then you can bet your bottom dollar that Panini is probably involved.

Because of this, they have put together a lot of different sports card types over the years. So much so that it would be nigh on impossible for us to list every single sports card type that they have ever produced here. instead, we are going to give you the highlights. These are the cards that you are most likely going to encounter when you open cards from one of their sets.

To check the current price and availability of Panini Sports Cards, click here to view the selection on Amazon.

These are your typical sports cards. Nothing special. A picture of the player on the card. Some stats, and maybe even a short biography of the player. These are the cards that you are likely going to be drawing a lot when you open up Panini trading card packs.

Rookie cards are the same as standard cards. This means a picture of the player, stats, and a biography. However, they are for rookie players only.

As you may probably know, rookie cards can often be some of the most sought-after cards in any trading card set. If you are lucky enough to pull a rookie card for a player that goes on to become wildly successful, then it can sell for hundreds, sometimes thousands, of dollars (depending on the condition)

A certain number of cards in most of the sets offered by Panini will be physically signed by the players.

Normal players and rookies can have autograph cards.

As you can imagine, the rookie cards that have autographs on them are probably some of the most valuable cards in a set. This is assuming that said rookie goes onto big things in the game.

Prizms are also called ‘refractors’, although you will never catch Panini referring to them as refractors for legal reasons.

With prizms, there will be a small colored piece of foil placed onto the card. The idea is that the colored foil will reflect light to make the card seem multi-colored.

It doesn’t matter what set you are pulling cards from when it comes to Panini, the Prizms are always going to be some of the rarest cards in the set. In some cases, only a few hundred Prizms are printed.

These cards will have patches of a player’s game jersey set into the card. As you can imagine, these cards are going to be quite rare. They are even rarer when they are paired with an autograph.,

Do Panini Cards Have Value?

Absolutely. They are the largest sports card manufacturer in the world, after all.

Of course, the value of a card is always going to be determined by how much people actually want to get their hands on said card. The rarer a card, and the more in demand it is, the more it can sell for.

It is not uncommon for the rarest Panini cards to sell for hundreds, and sometimes thousands, of dollars.

What Brand is Panini?

There are a lot of different sets put together by Panini. In fact, there are well over 100 Panini brands of cards. It would be impossible for us to list them all here.

Luckily, you won’t have to do too much digging around to find out whether a card is manufactured by Panini. If you look at the packaging that the card came from (the box or packet), then the word ‘Panini’ will be on there somewhere. It is a yellow and red logo.

Are Panini Cards a Public Company?

No they are not. The main Panini group operates in Italy. They have remained a family-owned company in the country. This means that they are not listed on the stock exchange at all, despite being one of the most profitable collectible card and sticker companies in the world.

The company that operates in American, known as Panini America, Inc. is owned by the Italian company. They just have a separate company listed in the US to make it easier for them to facilitate the deals that they put together with the various leagues in the US.

It is worth pointing out at this point that Panini America, Inc. used to be called Donruss. However, it was renamed in the 2000s shortly after Panini purchased them. You may still find some older trading cards labeled as Donruss. This is the same brand as Panini now.

Does Panini Own Upper Deck?

No. Upper Deck is one of the competitors to Panini.

One of the reasons why many people seem to believe that Panini owns Upper Deck is down to the fact that the two companies operate in the same market. In addition to this, Panini has successfully managed to purchase licenses that Upper Deck previously owned.

Panini is one of the leading sports cards manufacturers in the world.

Panini, an Italian company, has only just recently entered the American market, however, they have managed to secure deals with all major sports leagues in the country. They have also recently put together a deal with UFC.

Panini cards hold a huge amount of value, assuming you have a card that people want.