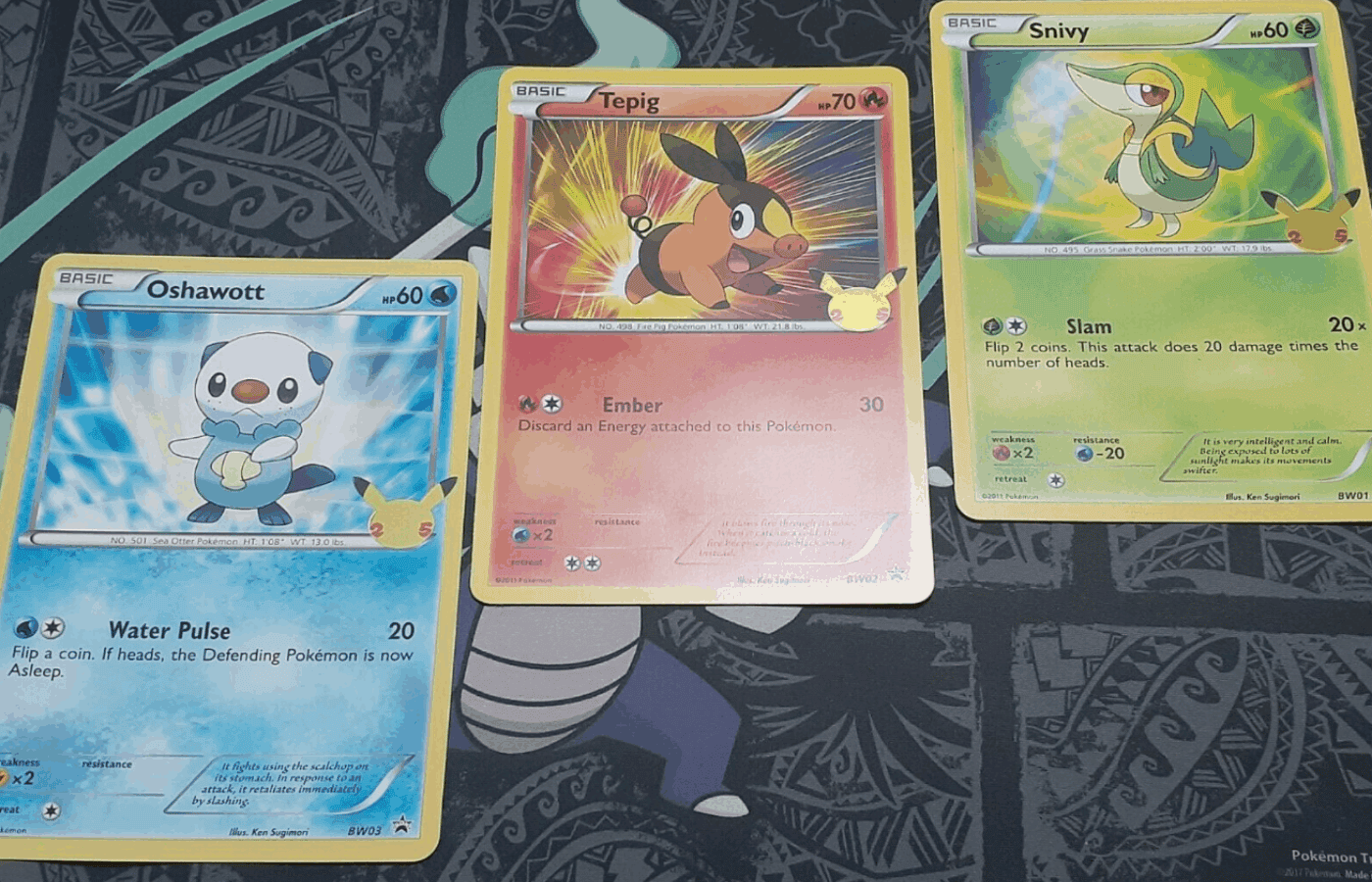 For the most part, Pokemon jumbo cards are not really worth anything. They are just collector pieces that anybody can get their hands on.

On this page, we want to take a little look at what Pokemon jumbo cards offer i.e. what you can use them for. WHere you can get them from, etc.

Are Jumbo Pokemon Cards Worth Anything?

To be honest with you, most Pokemon card collectors don’t care for them all that much. They are a nice little bonus that you will get with certain boxes of Pokemon cards, but they aren’t really something that you would seek out.

At the most, you are going to be able to get a couple of dollars for each card.

What Are Jumbo Pokemon Cards Used For?

Since you can’t play with jumbo Pokemon cards, there isn’t all that much that you are going to be able to do with them.

Most of the people using jumbo Pokemon cards are going to be buying them for display purposes. They actually look pretty decent if you frame them up and stick them on display! Although owing to the size of the jumbo Pokemon cards, you probably wouldn’t be able to put all that many on the wall.

Most of the people that have jumbo Pokemon cards will find a few of their favorite artwork. The ones that they don’t need will probably be thrown away or sold on.

The reason why the Pokemon company tends to include jumbo Pokemon cards in the box is that they are a nice little addition they can add which probably doesn’t cost them that much in the way of cash.

We doubt that jumbo Pokemon cards are ever going to hold that much in the way of value. There are not a lot of people that want to get their hands on them. It is also easy to predict which jumbo card you will get in each box as that will never change. So, nobody is really looking to buy ultra-rare cards either.

To check the current price and availability of Pokemon Jumbo Cards, click here to view the selection on Amazon.

What Size Are the Pokemon Jumbo Cards?

It does depend on the actual jumbo card that you have received.

The vast majority of them are going to be huge in size. We are talking up to 8-inches in height. However, the Pokemon Trading Card Company has produced some smaller cards over the years. You can find jumbo cards that are a little bit larger than your standard Pokemon card.

In terms of whether the cards physically exist, then yes. They are real. These cards are produced by the Pokemon Card Company.

In terms of whether they can actually function as real Pokemon cards, the answer is no. They are going to look exactly like a Pokemon card, just a lot bigger. You wouldn’t be able to shuffle one of these into your Pokemon card deck!

How Much Do Jumbo Cards Cost?

At the time of writing, you are not able to purchase jumbo cards separately. The only way that you are going to be able to buy them is in the collector’s boxes that Pokemon often run i.e. the boxes with a promo card and a few booster packs.

If you did want to buy them separately, then you would need to track down a Pokemon card reseller. Thankfully, this isn’t something that shouldn’t be too difficult to do. Since barely any Pokemon card collectors want them, you should easily be able to find them for sale on your average Pokemon card resale website or even on sites like eBay.

Where Do You Get Pokemon Jumbo Cards From?

As we said, there are two places that you are going to be able to get them from.

The first time most people will encounter a Pokemon jumbo card is when they pick up a collector’s box of cards. While there are plenty of different collector boxes out there, the ones that are most likely going to have a jumbo card in will be those that come with 4-5 booster packs and a promo card.

Remember; you are not guaranteed to get a jumbo card in one of these boxes. Some will come with a pin or a coin instead. Perhaps the best way to find out whether there is a jumbo card is to look through the plastic window. You will clearly be able to see it! It should also say somewhere on the box that there is a promo card in it.

The only option is to find a card reseller. This may actually be the cheapest place to get a jumbo card if you have something specific in mind.

Are Pokemon Jumbo Cards the Same in Every Box?

At the time of writing, there is absolutely no randomization when it comes to jumbo cards. The same card will be included in every single box. Well, that is assuming that the promo box is the same.

As we said, the cards are not exactly going to be hidden. You will be able to see the exact promo card that you are going to be enjoying when you look through the plastic window.

How Do You Protect Pokemon Jumbo Cards?

It is pretty tough to protect Pokemon jumbo cards. Obviously, they are large so they are not going to fit into a card sleeve. Perhaps the best way to ensure that the card is protected is to stick them into a photo frame. This is probably the main idea behind the cards anyway. You are meant to display them like that.

The only other choice you have, and one that we have seen used to great effect, is to buy sleeves that have been designed for comic books. For the most part, these seem to be the right size for Pokemon jumbo cards. They are not going to offer full protection and the card will likely bounce around inside a little bit. However, some protection is better than no protection, right?

Pokemon jumbo cards are an awesome choice for those that love the Pokemon trading card game. They are essentially larger versions of the real cards that you can display.

You can get Pokemon jumbo cards in many promo boxes, as well as buying directly from resellers.

Do bear in mind that these cards do need to be protected. Your best choice is to place them into a photo frame.

60mbps is considered a fast speed whether you are using it for gaming or streaming your favorite tv shoes. With 60mbps you will be able to download files at a maximum speed of about 7.5 megabits per...

Graphics cards are going through a global shortage. You can thank the pandemic for that. Chances are that the shortage is going to last for a few more years too. If you want a GPU, then you are going...