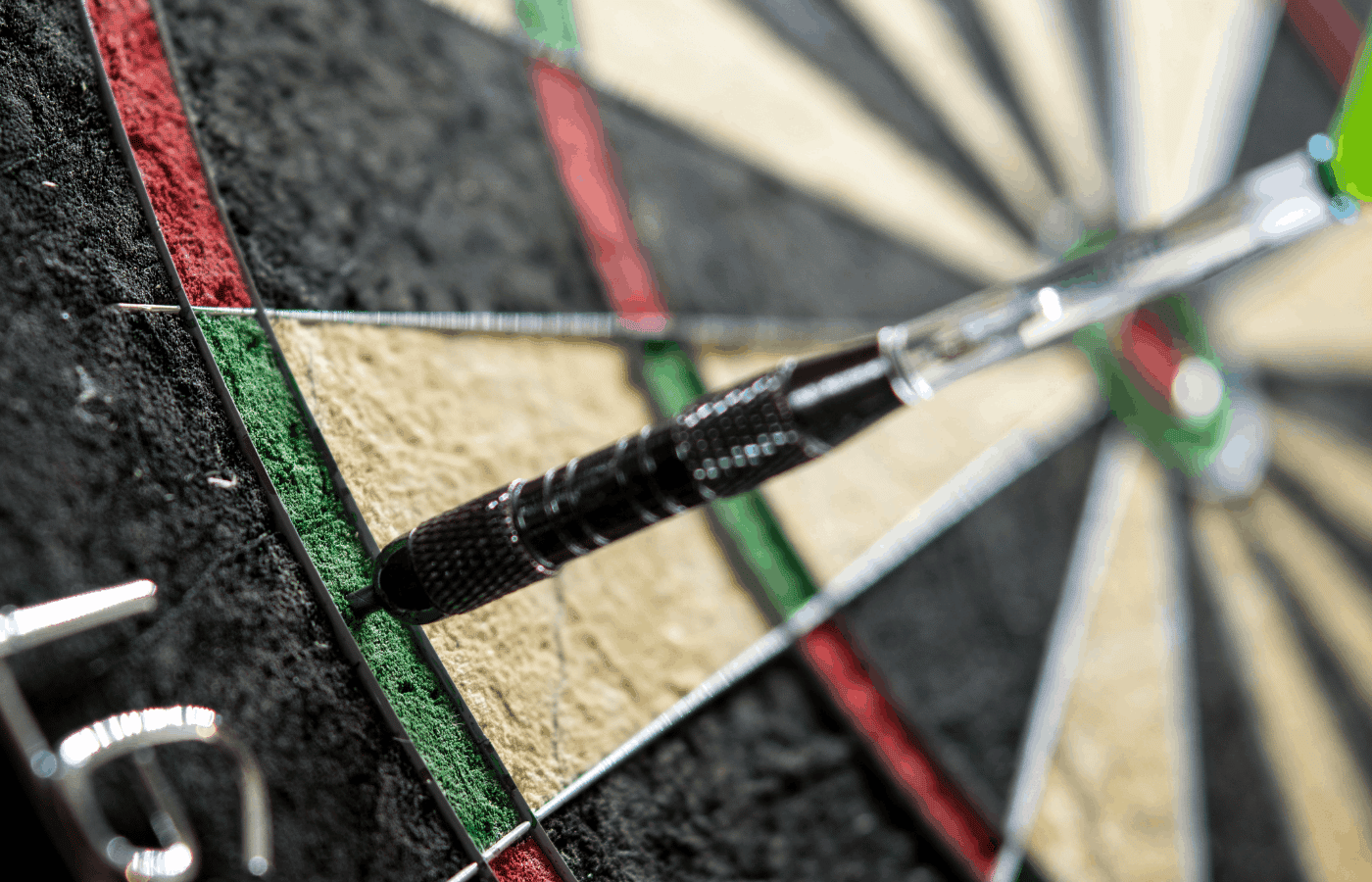 Whether you’re looking for a new challenge or starting fresh in the game of Darts, you want to make sure your time isn’t wasted when practicing for doubles. If you’re in need of some tips to improve your practice, you came to the right place.

The short answer is practice, find a rhythm that works for you, and include variety in your sessions. Obviously it’s not that simple, but these three rules to follow will improve your throwing game significantly.

If that sounds good to you, let’s get started!

Repetition is one of the most important things that a person can do to hone their ability in any sport, so it can be tempting to stand in front of a dartboard for hours and throw darts. This might help you find a stance you’re comfortable with and teach you how to throw better, but it might also teach the wrong muscle memory for doubles.

That’s because doubles requires specific accuracy that won’t happen by just throwing darts. When you practice for doubles, pay special attention to how you throw each dart. What’s your stance when you throw, when did you release the dart, how hard did you throw it?

All of these questions can make the difference between a good player and a great winner, because doubles is a game of details. Remember that doubles, and Darts in general, is more of a mental game than many sports. Focusing on those kinds of details will create selective muscle memory and improve your doubles.

It’s important not to overexert yourself, though. Practicing for more than an hour or 90 minutes can cause you to lose focus or just get tired, which will defeat the purpose. Keep yourself to shorter sessions and take a break in between if you do multiple practices in one day.

One last thing to keep in mind that we’ll talk about later is to add some variety to your practice. You can get really good at one specific type of doubles, but if you only play Bob’s 27 you’ll be nervous when the tournament throws a twist at you like “Double In, Double Out.”

Dancing in the Darts

If you follow the advice about practicing above, you probably won’t have an issue finding a rhythm with your doubles game. However, this rhythm is a key component to any successful darts player.

Being better at anything boils down to consistency. Having a set routine that you follow is important, but you have to stick with it. Too many darts players think that they can skip a day of doubles and just relax with some 501, but you have to be vigilant in your practice.

Some people advise to focus on one side of the board or to avoid the bullseye, or “bull,” but it’s important that you practice hitting every double on the board for that muscle memory. It’s okay when you first start out to try to aim for the 20’s, but you want to have experience with all of the doubles.

Confidence is also important in your rhythm, so find it in the little things. Create challenges for yourself, like how fast you can hit all of the doubles or start at a number and try to get to 0 with a set number of darts. Not only will this instill confidence in your game, but you’ll get better every time.

Practicing against yourself or the computer is fine to start, but you have to go against real people to get better. The experience and stress of the real thing will do wonders for improving your skills in doubles, especially when it comes to the last leg.

You don’t want to get to the end of the game ahead and choke, so make the “final leg” a part of your training, too. You can either set it up for the final throw or get there naturally, but practice like the game’s on the line for that stretch.

You have to train your brain for doubles, so make sure that every single practice session involves at least one form of doubles. If you need some ideas on what to play because your sessions are growing stale, keep reading!

There’s nothing wrong with mastering something, but at some point you need some variety to keep your brain from melting. Not only that, but practicing multiple rules of doubles will prepare you for anything a tournament might throw at you. Here are a few ideas to work into your practice sessions that will improve your doubles game.

Created by Bob Anderson, Bob’s 27 is one of the most common games for doubles. The rules are simple, where you throw 3 darts at each double. If you miss with all 3, you lose the double of that number from your score. Each hit increases your score by the double, for a maximum of 3 times the double.

So if you hit the double 6 with all 3 darts, you’d add 18 to your total. If you miss all 3, you lose 12 points. This is a great way to practice hitting every double on the board.

Since Tony David, who won the World Championship, created this variant, it’s probably a good one to add to your practice. Start with the double 1 and throw a single dart at every double in a clockwise rotation.

If you miss one, you have to try again on the next rotation. Anything hit stays locked in, with the goal being to use as few darts as possible to cover the board.

Doubles Lock is similar to other variations, but it’s one of the fastest ways to get better. Start out throwing all 3 darts at every double beginning with 20 and working your way to 1. The goal is to hit at least 2 darts in each one, because that will “lock” the double and set your new starting point.

This is a fun challenge that you can practice alone if you need to. Start out by setting a score to reach that ends in 1, such as 51. You get either 3 or 6 darts depending on your skill level to get to that score.

This can add some nice variety to your practice sessions and you can even go one step further by adding rules, like only being able to score with doubles.

If you follow the core advice for your doubles training, you’ll get the most out of your practice sessions and see improvement in no time!