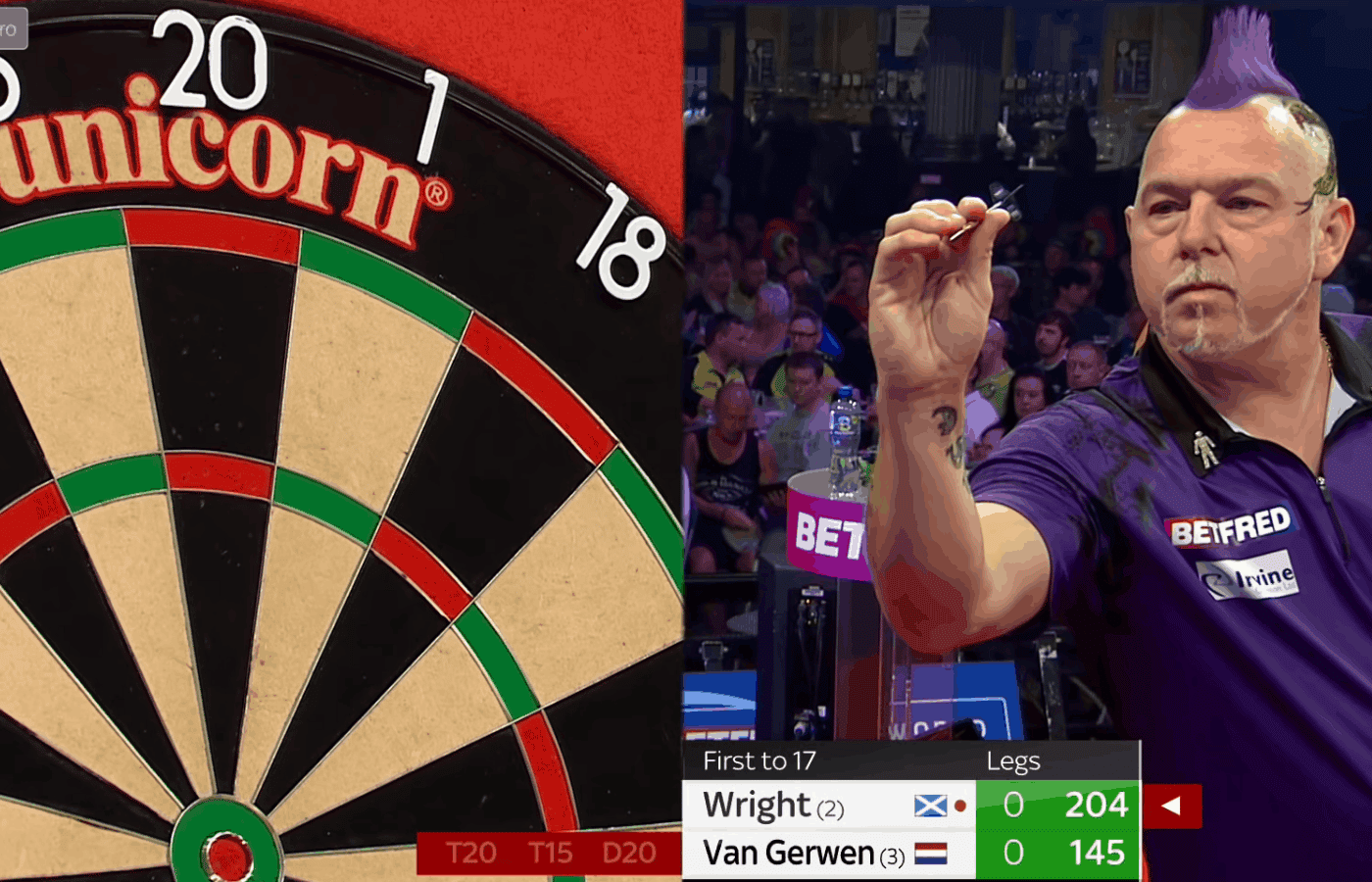 Peter Wright, or ‘snakebite’ as he is known on the circuit, has accomplished a lot in the business. At the time of writing, he is ranked number 2 in the world. As a result, a lot of people that are seriously into their darts are going to be interested in the darts that he uses on the circuit.

Since has been in the business for a while, he has used a lot of different sets of darts in his time. However, he now runs his own signature line. If you catch Peter Wright on the circuit, then he will be using Red Dragon Snakebite 22-gram darts. These have been designed to his exacting specifications. Of course, this means that he is able to play at the absolute top of his game when he has a set of his signature darts in his hands.

What Darts Does Peter Wright Use?

Let’s take an in-depth look at the Peter Wright Red Dragon Snakebite darts, shall we? Hopefully, the information here is going to give you a better idea about why he uses the darts that he does.

To check the current price and availability of the Red Dragon Peter Wright Snakebite Rainbow Mamba Professional Darts, click here to view the listing on Amazon.

When you look for his darts, you won’t find them labeled as 21-gram. Instead, they will be listed as 22-gram darts. As we mentioned before, he does have a variety of different dart weights in his range. They are all going to boast exactly the same features, just have slightly different weights. This means that you have a chance to find something that fits your throwing style.

It should probably come as no surprise that the darts that Peter Wright uses have played a major role in his success on the circuit. After all, if you want to be good at darts, then you need to know that the dart is going to end up landing when you throw it.

The thing that we love about the construction of these darts is that they are perfectly balanced in the air. With cheaper darts, there tends to be a small amount of tilt.

This is because they are either top-heavy or back-heavy. However, these darts have been balanced in the middle, which means that you do not get any of that angling. Again, you can thank the tungsten construction for that.

These darts have a rated 4 grip. This means that it is just 1 stage below the roughest grip that you can get on darts. This means that they are going to be providing very little slippage when you use them. Although, for some people they may take a little bit of getting used to.

The grip on these has been selected by Peter Wright. it is the style that he loves the most. You have buttress grooves and square grooves.

Even though it doe feel a little bit of rush, we can guarantee that these darts are not going to be slipping out of your hands any time soon. This means, once again, you stand a much, much better chance of the darts being able to land on the target.

The grip is the full length of the shaft.

These darts are 54.6mm in length and 5.9mm in thickness. This means that they are going to be a little bit slimmer than some of the other darts on the market. So, for some they may take a little bit of getting used to. However, we love how they feel in our hands.

What Weight Darts Does Peter Wright Use?

Peter Wright uses 21-gram darts. However, you may sometimes see these sold as 22-gram darts. We assume that this is because they are sold as the dressed weight rather than the weight of the shaft.

Because it is his signature line, he does have a wealth of other weights available. This means lighter and heavier. He is not going to be using these on the professional darts circuit.

However, if you love the feel of his normal darts and just want something a little bit different in terms of weight, then you are going to have different options available to you. Since the bulk of players prefer to play with 23-gram darts, this may be something that you will want to keep an eye out for.

Peter Wright started playing professional darts in 1995. However, at the time he didn’t end up having that much in the way of success. In fact, he had so little success that he ended up quitting the business feeling that he would never end up making it big as a professional darts player.

It wasn’t until a few years later that his wife encouraged him to tackle the world of professional darts again. He hasn’t stopped since.

He managed to get back into the darts scene in 2005. However, once again, his stint probably didn’t get off to the start that he wanted. He was barely able to make any strides until 2010. By all accounts, he managed to pick up only a few thousand pounds of prize money in that time.

It wasn’t until 2013 that people started to talk about him seriously. It was then he was able to crack into the top 16 players in the world. Over the years, he has managed to pick himself up several European and British championships. He was also able to pick up tournament wins from the World Series of Darts in both Australia and Germany.

Nowadays, he is ranked number 2 in the world. He is also one of the highest earning players (in terms of tournament winnings), ever in the game. This certainly isn’t too bad for somebody that almost gave up the game several times in his career. He still has a long time left in this business, so we are interested to see the way things go.

Peter Wright is one of the top performers in the world of professional darts. While it is fair to say that his career got off to a rocky start, it wasn’t long before he was winning championship after championship.

If you end up with a set of his darts, then you can be sure that you are going to be playing with some of the best darts available.