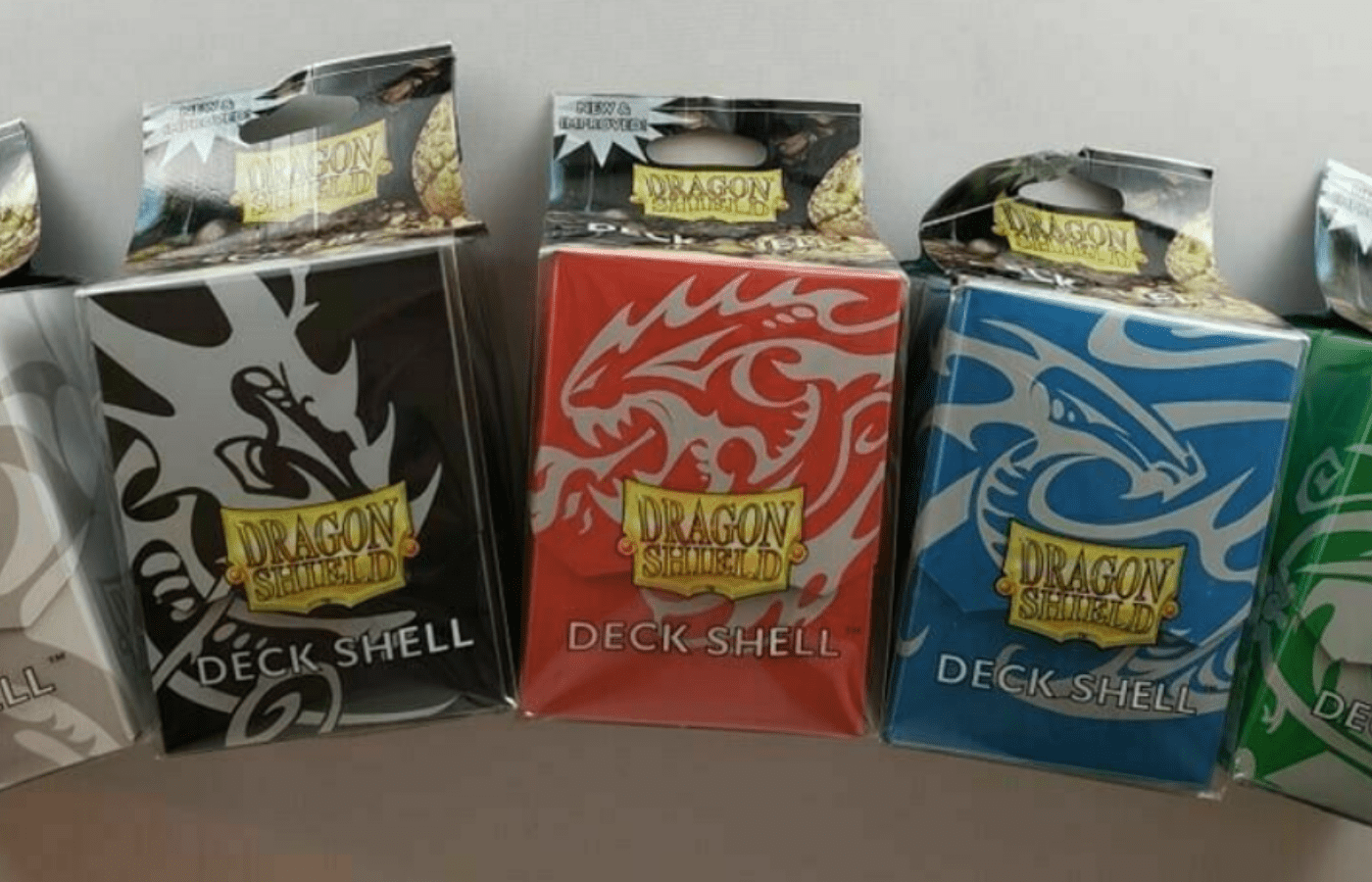 If you plan on purchasing Pokemon cards and playing with them, then we suggest that you get your hands on a quality deck box or two. They aren’t that expensive, and they are one of the best accessories you can add to your trading card collection.

So, what is a Pokemon deck box? A deck box is a hard box designed to help protect your trading cards. Generally speaking, they are used to hold a single deck of sleeved cards that you can then take along to a Pokemon tournament. However, some people will use them to protect their favorite cards while in storage.

Throughout the rest of this page, we want to go through what deck boxes are and when you may need one.

What Is a Pokemon Deck Box?

As we said, a Pokemon deck box is a plastic box. While they are normally made from a thin, flexible plastic (this still provides protection!), you can get them made from all sorts of materials e.g. we have seen Pokemon deck boxes that have been constructed from solid wood!

The whole purpose of a deck box is to help keep your decks together. You would, normally, put a single deck of cards into one box. You then carry the deck box around to the various Pokemon tournaments that you are planning on entering.

Not only will the deck box help to keep your most prized cards together, but it will also provide your cards with a decent amount of protection. Assuming your Pokemon trading cards are sleeved, you can just put them inside of the deck box and they will be safe. Even if they bounce around inside of the box, they shouldn’t be damaged.

How Many Cards Fit In a Pokemon Deck Box?

This is actually a tricky question to answer because deck boxes come in a variety of different sizes.

The traditional deck box is designed to hold over 60 cards, double sleeved. This should provide you with enough space for an entire Pokemon Trading Card Game deck.

Most deck boxes can hold a little bit over 60 cards. This is because most of the purchasers will be those that play Magic: The Gathering. in that game, you are allowed to have more than 60 cards in your competitive deck, and the deck box is built to accommodate those.

Still, there are a lot of different sizes of deck box. You may find some that can take over 100 cards! These ones are normally going to be used more for card protection than actually carrying a Pokemon TCG deck around with you, though.

What Is a Double Deck Box?

A double deck box does pretty much what it says on the tin.

A double deck box is a standard deck box. However, there will be a partition inside of it. This partition will allow you to keep more than one deck separated. As the name suggests, this is normally going to be two decks.

This type of deck box is going to be a particular favorite for those people that are planning on playing with multiple decks.

In our opinion, these double deck boxes are going to be the best choice for those that purchase the Pokemon TCG Battle Boxes. These boxes contain two competitive decks. You can then place one in each of the parts of the double deck box. You now suddenly have an awesome game in your pocket!

Do You Need a Deck Box for Your Pokemon Cards?

You do not necessarily need a deck box for your Pokemon cards, however we recommend it.

If you have a deck box, then your deck will always be together. This means that you are not left looking for cards when you are heading to a Pokemon tournament. You know exactly where they are and you will be able to pull them out at a moment’s notice!

Even if you are not planning on entering a tournament, we still recommend that you get your hands on a deck box. It is one of the best options for helping to protect your most prized cards that you play with. ‘

Deck boxes can be a good choice for younger children that have a limited Pokemon Card collection. While it is unlikely that they will be playing with the cards, they will still want to protect them as much as possible. Putting them into a deck box allows this.

What Are the Best Deck Boxes for Pokemon Cards?

When it comes to deck boxes, you have a plethora of options available to you. If you read reviews for deck boxes, then it probably won’t take too long to find an awesome box that you can use.

In our opinion, you should be looking for deck boxes made by Ultimate Guard, Ultra-Pro, or Vault X.

Ultimate Guard deck boxes tend to be great for those entering tournaments as they will often include extra components that will allow you to store dice and counters.

If you are looking for an affordable but still high quality, deck box then Ultra-Pro is probably going to be the best route that you can go down.

To check the current price and availability of Pokemon Deck Boxes, click here to view the selection on Amazon.

A deck box is one of the best ways to protect the Pokemon cards that you play with the most often.

If you are heading to a Pokemon tournament, then you will be expected to bring along a deck box. You should keep a list of your cards inside of the deck box, just for your own reference.

If you are looking to buy a deck box, then opt for either Ultimate Guard or Ultra-Pro. These are some of the most popular boxes on the market for a reason.