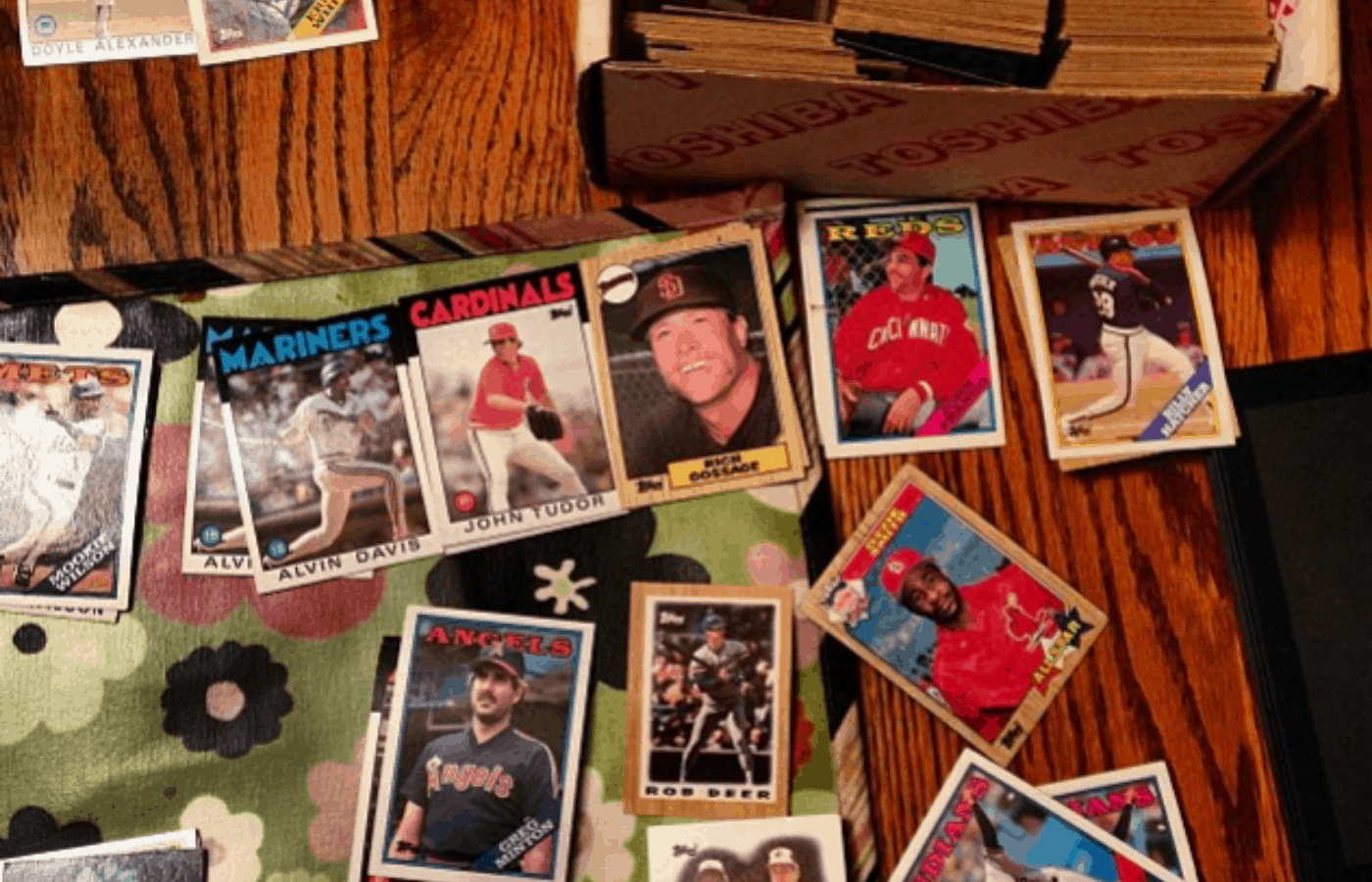 With baseball being the oldest sport in America, you don’t have to look far to see why the initial idea of a “baseball card” also carries historic roots. It is widely believed that the first commercial baseball cards that were made, and sold to the public came around in 1968 by sporting goods company, Peck and Snyder

To think that the idea of a “baseball card” began over 150 years ago is astounding, especially when you consider the current market, and the technology that has come along the way.

With so much constant innovation in digital currency, crypto-collectibles, and AI technology, one would think that something as old and traditional as a baseball card might get phased out over time. The market in 2021 is perhaps hotter now than ever before, as baseball cards can be used for a variety of reasons including to buy, sell, trade, or simply collect as a hobby. Perfectly illustrating how the market for trading baseball cards isn’t dead, but rather thriving.

To help give you a better understanding, we have compiled the following information.

Are Baseball Cards Worth Anything Anymore?

Baseball cards have illustrated an exceptional way for sports-fanatics to collect, and profit off of their favorite players, teams, or sport.

And the industry for trading and selling baseball cards in 2021 is remarkable.

In 2020, the market for baseball cards was booming, with many big-time business investors explaining how baseball cards are a safe, and reliable way to grow your investment portfolio.

Part of this stems from the fact that there’s only a limited supply of baseball cards available, and they all (for the most part) hold tremendous emotional value.

Even last year, famous entrepreneur and author Gary Vaynerchuk told the Daily Mail that the top end sports cards will outpace growth in the stock market these coming decades” The baseball card market is thriving thanks to COVID-19.

What Are Baseball Cards Used For?

Outside of the rich collectors, and the traditional trading method as a hobby, the baseball card industry has benefited tremendously from the rapid growth of technology, and social media.

In fact, the market has already shifted over to the internet over the past few years, where you can find live card pack “breaks” (openings) racking up millions of views on YouTube and Instagram.

There are a multitude of secondary-market companies that seek to purchase these premium cards (like Topps, Fleer, or Score), and then sell spots in the “breaks”.

However, baseball cards can also be used to play games with, rather than simply trading away.

With everything from the popular card-flipping game, to tossing cards, to even the classic “War” card game, with each player using the colours on the baseball cards to play.

All in all, the options are endless for what you can do with baseball cards in 2021.

Why Did People Collect Baseball Cards?

Traditionally, people began collecting baseball cards because they were being used to advertise certain businesses, and found in nearly every cigarette pack by the early 1900’s.

In fact, trading cards of all kinds were growing immensely by the 1890’s to the point where they were the go-to form of advertising.

Many of which typically illustrated past presidents, animals, and comics that would often be placed into a scrapbook for memorabilia.

So much so that collecting trading cards and pasting them into scrapbooks became one of America’s most popular hobbies.

Which is why if you look on the back of all the old-time baseball cards, there’s likely to be some damage on the back from where they were removed from the scrap book.

Nowadays, people collect different types of sports memorabilia for a variety of reasons, but many people collect these items so that it’s value will build to the point where they can resell for a major profit.

To check the current price and availability of Baseball Card Blaster Boxes, click here to view them on Amazon.

Why Are Baseball Cards Worth Less Now?

While there are endless ways to collect, trade, and profit off of baseball cards in 2021, many people are still under the assumption that baseball cards are worthless now.

And while this is mostly false, there is some truth to this.

Baseball cards can vary tremendously in value, with some of the more modern base cards being worth next to nothing, while the old legendary relic cards are priceless.

The value of a baseball card is going to vary greatly depending on the type of card that it is. Starting with the base cards (most common), then subsets, rookie cards, insert cards, parallels, autographs, and relic cards (most valuable).

The 5 types of collecting for baseball cards that have reaped the greatest rewards are set building, player collecting, team collecting, parallel rainbow collecting, and vintage collecting.

So, while some baseball cards are worthless, there are still a number of quality cards that can be sold, or traded for a wicked reward.

With the constant flux of new information and technology, one might think that something as old and traditional as “collecting baseball cards” is absolutely dead.

When in actuality, baseball card collecting is bigger now than ever before.

As opposed to hindering the development of the baseball card industry, technology and the advancements of social media, have vastly improved the market for baseball cards.

Nowadays not only are there way more baseball cards available, but it’s also way easier to acquire them. Instead of going the traditional route and searching under every rock to find quality cards, you can just reach out to a collectors group online, or search for nearby sellers.

Convenience is key in 2021, and baseball card collecting has followed suit.

What Can You Do With Old Worthless Baseball Cards?

If you’ve got any old baseball cards that you think are worth next to nothing, then you are likely left wondering what options you have to get rid of them.

You can simply dispose of them, eliminating any chance of making a profit but also removing any effort or stress on your end.

You can try to sell them, though this may take more time and energy (for a relatively low-end reward depending on the item).

Or you try to pass it off to somebody else as a memento.

Of these options, the most likely scenario is that you try and find a suitor who’s willing to buy your old baseball cards.

Regardless, you should have no problem finding a new home for your old baseball cards, and to help you get started we have supplied the following link for tips and tricks of collecting baseball cards.

Whether you’re a casual collector, a trade-wiz, or just a fan of the game, there is no better time than now to get in on the action of collecting baseball cards.

Not only can you make some serious coin doing it, but you can have some fun, and gain a ton of knowledge along the way.

It’s only a matter of time before we see baseball card collecting and trading climb to record-high numbers, as there’s seemingly more ways than ever before to get in on the action.