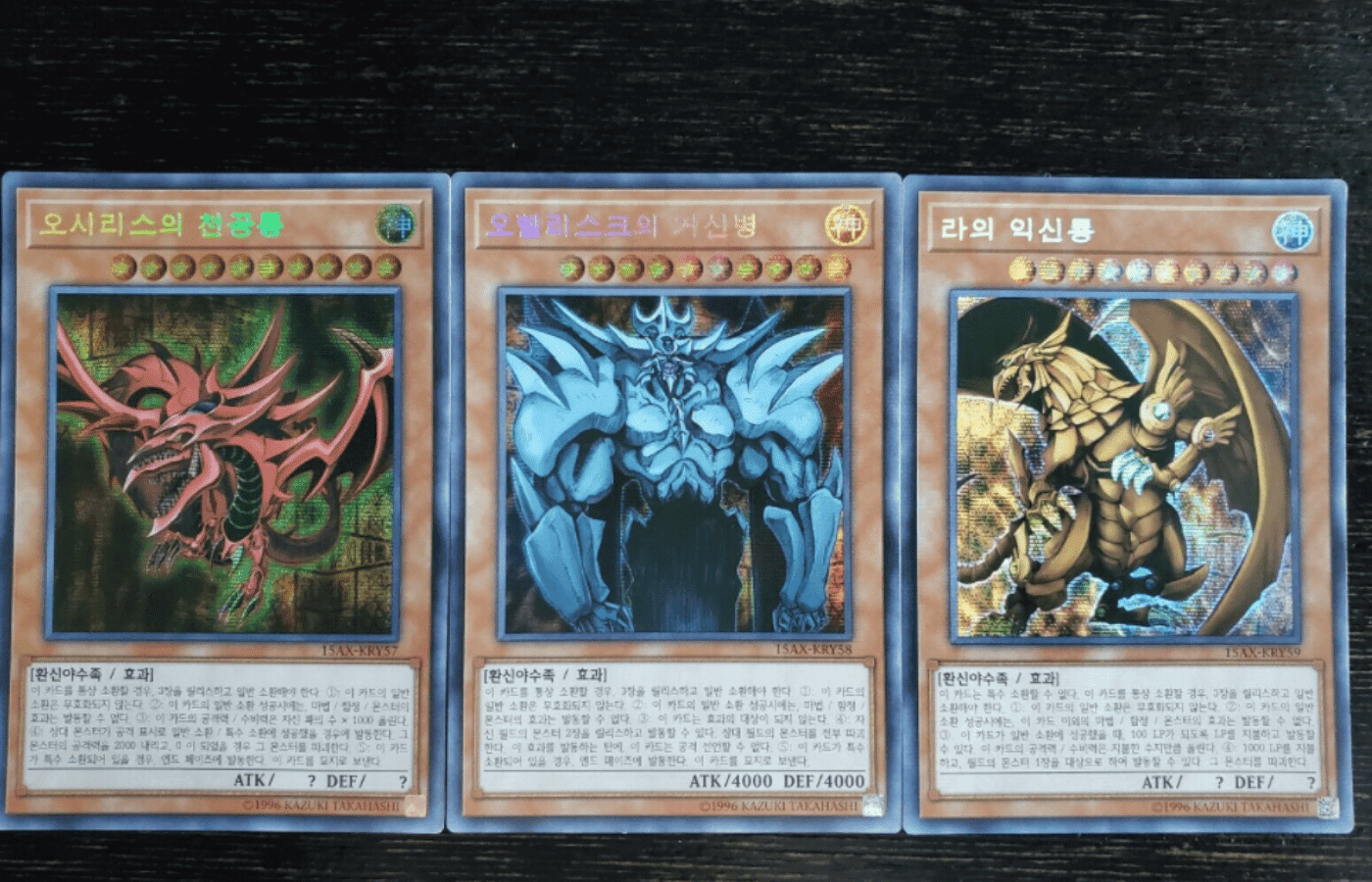 When it comes to trading cards, particularly YuGiOh cards, Korea is known for having some of the cheapest cards in the world. Why is this? Let’s take a look.

The reason why Korean YuGiOh cards are so cheap is due to demand. Since they are printed only in Korean, they have little demand outside of Korea. This helps to keep the price down a little bit.

Of course, this isn’t the only reason why you will find Korean YuGiOh cards so cheap. Let’s expand upon this a little bit. This way you will know whether it is going to be worth purchasing them or not.

Why Are Korean Yugioh Cards So Cheap?

As we said, Korean YuGiOh cards are printed in Korean. Outside of South Korea, there is going to be absolutely no demand for these cards.

What you have to remember is that YuGiOh cards, outside of set launches, derive their value from how much people want a particular card or how good a particular set is. Basically, it is all about the usability of the card. Any cards that come from Korea are not going to be usable for anybody outside of Korea. They won’t be able to read the card at all.

It is actually a huge shame that the demand for Korean cards is so low outside of Korea. The country gets a good number of reprints that many other countries do not get. Some of their artwork can be a little bit different too.

To check the current price and availability of Korean Yugioh cards, click here to view the selection on Amazon.

Are Korean Yugioh Cards Worth Anything?

Generally speaking, no. If they were worth anything, they would be much more expensive than they are. That being said, we do not want to state that Korean cards won’t have value to you.

As we said, Korea gets a few cards that cannot be found in English countries. If people are collecting YuGiOh cards for their artwork, then they can often pick up a good number of exclusive cards by looking to see what Korea has available. We have picked up a few unique pieces while looking to what Korea has.

In addition to this, if you are just playing tabletop YuGiOh, or you are looking to practice building decks without spending huge sums of cash, then you will find that Korean YuGiOh cards can make good proxy cards. After all, they are YuGiOh cards and they have the perfect size and shape.

Of course, because they are in Korean, you are going to need to have an English translation for the card nearby. You should also bear in mind that some of the Korean cards will work a little bit differently from their English counterparts, so even if you can read Korean, you may not be able to read the card straight. You still need to know what the English equivalent card does.

Can You Use Korean Yugioh Cards While Playing the Game?

No. Korean YuGiOh cards cannot be used in the English version of the game. This applies even if you have the English translation of the card available.

Do bear in mind that this information is only going to apply if you are entering YuGiOh tournaments. It doesn’t matter if you use Korean cards while playing a table game. As long as everybody agrees, you can use just about anything that you want.

This is another reason why Koreak YuGiOh cards are so cheap compared to other options. Because they cannot be used in most games, then nobody really wants to buy them. Most of the value of a card will always stem from the fact that it is playable in a deck.

You may even find that Korean YuGiOh cards are cheap in Korea because of this too. Anybody that is serious about playing YuGiOh will be using the English versions of the card. This means that there will be no demand from the deckbuilding scene in Korea for the Korean version of a card. It is mostly going to be limited to children and those who are not all that serious about playing the game.

Where Can You Buy Korean YuGiOh Cards?

Because there is not a huge amount of demand for them, they can be a bit trickier to track down than English cards.

If you are serious about buying Korean YuGiOh cards, then we suggest that you stick to sites like eBay and Amazon. There should be options there.

The best part about buying Korean YuGiOh cards is that they are often so cheap that most people don’t even bother to fake them. This way you can be sure that whatever card you do end up with is going to be 100% real! Although, you should always check the feedback for any seller, just to be 100% sure.

There are many reasons why Korean YuGiOh cards are not all that popular. However, it pretty much all boils down to the fact that nobody really wants them. They cannot be used to play the game. As a result, they are not even all that popular in Korea.

The only major benefit to purchasing Korean cards is that they can make good proxies if you are learning a little bit about how to build decks in the game. Some people enjoy the slightly more unique cards that you can purchase in Korea too.

Because of the lack of demand, these Korean cards are not really going to be easy to find. In most cases, trading card companies will not sell them. This means that you are going to be needing to look into alternative sources. If you are adamant that you really want to get your hands on Korean cards, then stick to sites that eBay and Amazon.