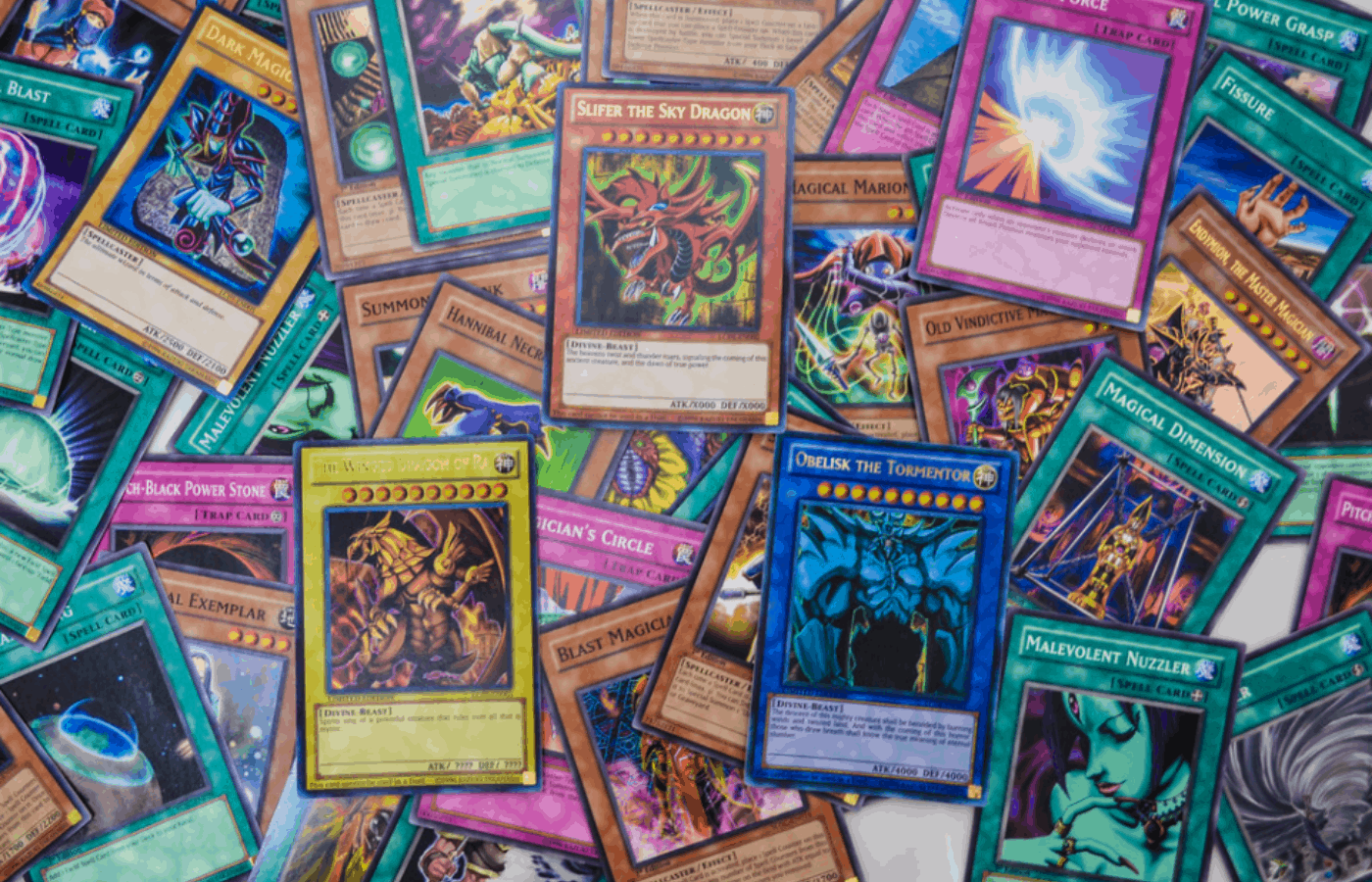 There are three main trading card games played in the United States; Magic: The Gathering, Pokemon, and YuGiOh. You have probably heard a lot about the former two. But, what about YuGiOh? Is YuGiOh still popular, or is it a dying card game?

In the modern world, the Yu-Gi-Oh Trading Card Game certainly is still holding its own in terms of popularity. Big retailers see enough value in still stocking the trading cards. You will also find a ton of tournaments still running throughout the United States.

Let’s expand upon this a little bit. This way, you will know exactly how popular YuGiOh is, and whether it is going to be one of the trading card games that you could potentially be diving into.

As we said, YuGiOh trading cards are still sold in major retailers. This would indicate that the game is popular enough with people buying the trading cards that it is worth taking up a bit of shelf space in the store.

However, this doesn’t really mean a thing when it comes to the playability of the game, does it? After all, a trading card game can sell well, but it doesn’t necessarily mean that people are playing it, right?

YuGiOh has always been a game that has been popular among those that just collect the trading cards. They have no intention of playing with them. This is because of who the YuGiOh TV series is aimed at, much like Pokemon.

This means that the bulk of the trading cards are selling to collectors and people that just enjoy looking at their trading cards. This doesn’t mean that people aren’t playing the game, though. They are.

There are enough people out there playing with their YuGiOh cards for a decent community to form. If you live in a major town or city in the United States, then you are pretty much guaranteed to find tournaments running in the local area for YuGiOh. All age groups should be covered too.

Even if you cannot find people to play YuGiOh with. At least on the official level, the game is easy enough to teach to your friends that you should be able to have a bit of fun like.

However, we believe that almost everybody is going to be able to find a game that they can play. It may not be the most popular trading card game of the three main ones, but there are certainly enough players out there to sustain it.

How Many People Still Play Yugioh?

It is tough to know how many people are actively playing YuGiOh. This is because most people that purchase the game are children, and they do not seem to be entering regular tournaments. The team behind YuGiOh are not actively reporting the number of booster boxes that have been sold.

There have been estimates, though. Most people seem to believe that YuGiOh has about a third of the player base of Magic: The Gathering. So,. this would easily put YuGiOh into the millions of players.

Although, the player base is still on the smaller side to the point where you may not always be able to find a tournament running in your local area, but if you cast your net further afield, you probably shouldn’t have too many issues finding some sort of official event that you are going to be able to enter.

How Popular Is Yugioh?

This is one of the tougher questions to answer. This is because there is no way to measure the popularity of the game.

As we said before, there are major retailers that are selling YuGiOh cards. This means that there are going to be plenty of people buying them. However, if you look at any card reseller site, you will notice that there are cheaper card prices for YuGiOh cards than some of the other trading cards.

This would indicate that the secondary market is not all that strong. This could mean that people are not buying the cards to play the game, and thus it doesn’t really get played all that much.

Chances are that if you do have a trading card game store in your local area, then they are going to have some YuGiOh tournaments running every so often.

They are probably not going to be all that popular, with the vast majority of people opting to play Magic: The Gathering, but there should still be a few people turning up to the tournaments.

Basically, YuGiOh is a popular enough card game that has been around for a few years now. Since 1999, in fact. However, it has always been the third most popular trading card game out of Pokemon, Magic: The Gathering, and YuGiOh.

Is Pokemon or Yugioh More Popular?

Pokemon is by far the most popular card game out of the two. It isn’t really a competition here.

Because a lot more people grew up with Pokemon than YuGiOh, despite the two launching at the same time, a lot of people are more likely to see the nostalgia value in Pokemon.

Even now, Pokemon is the largest media franchise in the world. Yep. It has generated more money than Marvel and Star Wars. This goes to show just how popular it is.

A lot of the time, you are more likely going to find a Pokemon Trading Card Game tournament running in your local area than a YuGiOh tournament.

If you are into the resale of cards, then you will likely find that Pokemon cards sell for heftier prices for long periods of time. People don’t really grow attached to particular YuGiOh cards, so they do not retain their value when they end up leaving the standard rotation.

Is Magic: The Gathering or Yugioh More Popular?

Magic: The Gathering is the most popular trading card game in the world by far. As we said before, it has almost 3x the number of players that YuGiOh is able to attract. The bulk of the people that are looking to get into Magic: The Gathering are planning on playing the game too.

Obviously, the MTG cards are going to hold some value over time. However, for the most part, the value of the card is going to directly correlate to how often it is played, which goes to show just how popular MTG is.

YuGiOh may not be as popular as it was a couple of decades ago. However, it is still a popular game.

The bulk of the people buying YuGiOh cards, however, are not going to be players. They are just collectors of the card game. As a result, a lot of people may have a bit of trouble finding others to play YuGiOh with.

YuGiOh is the third most popular game after Magic: The Gathering and Pokemon. Both of them have a lot more players than YuGiOh has. MTG caters to the adult crowd, whereas Pokemon caters to the younger crowd.