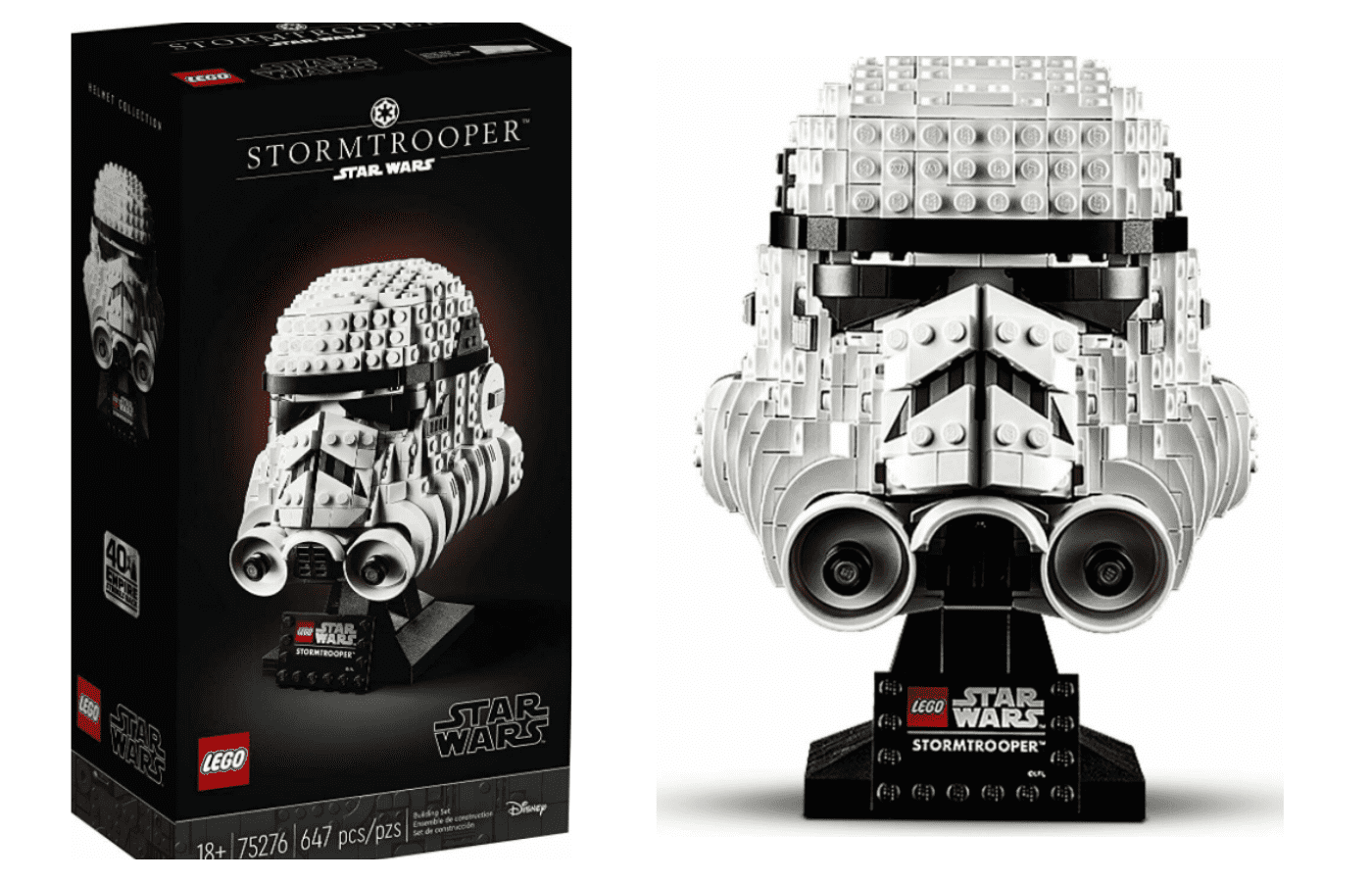 When many people think of LEGO, they envision children building simple creations with tiny colorful blocks of hard plastic. But the world of LEGOs has gone so much more beyond that and it’s only getting bigger and better. LEGO has recently come out with a new line of 18+ creations and LEGO hobbyist think it’s awesome!

LEGO’s new 18+ sets are geared towards Adult Fans of LEGO (AFOL) that are looking for a themed LEGO challenge more appropriate for their age, interests, and skill level. These LEGO sets are only intended to be purchased and assembled by those 18 years or older because of their mature theme, intricate design, or experience level needed to assemble.

The new 18+ LEGO sets include such treasures as the Super Mario Nintendo Entertainment system with 2,646 pieces and the Marvel Iron Man Helmet with 480 pieces, along with numerous Star Wars themed sets. There is even a Technic Ducati for motorcycle fans and Porsche 911s, and Ford Mustang for gearheads! The 18+ LEGO sets come in an assortment of mature content, including Hollywood sets from Seinfeld, Friends, and Queer Eye, and mosaics of iconic images like the faces of the Beatles and Andy Warhol’s Marilyn Monroe painting.

In 2020, LEGO launched their first ever 18+ sets advertised as the LEGO Star Wars Helmet Collection that included 3 ironic helmets from the Star Wars franchise.

The first 18+ LEGO sets released were:

To check the current price and availability of 18+ Lego sets, click here to view the selection on Amazon.

There are 126 items for sale on www.lego.com that indicate a minimum age of 18 or older. That is truly an achievement considering the incredibly large selection of products was made available in such a short time. 110 of those for items listed for sale are sets, 10 iconic helmets, and 22 items listed as home décor. The rest of what is available for people ages 18+ is accessories for the various classic and new LEGO sets.

Some of the most popular 18+ themes currently available are:

What Are the Price Ranges for Lego’s 18+ Sets?

Their lowest priced set is a beautiful Bonsai Tree for $49.99, and the highest price set is the Star Wars franchise movable and posable AT-AT for $799.99.

What Was the First Lego Brick Set?

The LEGO brick that we all know and love today was perfected in 1958, released as a LEGO System with a garage with automatic door, small houses, a gas station, and a church, which is the only religious symbol that LEGO has ever released. The small houses had flat roofs because the pieces that eventually creates sloping roofs were not invented yet!

Why Do People Love the Lego Train Set?

First sold in 1967, the LEGO Train set featured an engine, a truck, and a carriage and was surprisingly intricate for the time. It also included a lot of accessories for the price, including the iconic blue railway track, four different buildings, and two trucks. The motorized version of the LEGO Train was the most popular option available at the time. People still love these set, although they have come a long way forward in design and technology.

What Are the Largest and Tallest Original Lego Sets?

The largest original LEGO set ever sold is the retired Taj Mahal with 5,923 pieces! The tallest original LEGO set ever sold is the Eiffel Tower set that measures over four feet tall once completed! The current largest LEGO set on the market is a map of the world that is nearly 12,000 pieces, spans over 3 feet wide and 2 feet tall, and comes with a soundtrack that immerses the user into the building experience.

What Is the Most Valuable Lego Set of All Time?

Some of these LEGO brick sets have become rare and have created a secondary market that can make them worth thousands of dollars. For example, the original LEGO Eiffel Tower set has an MSRP of $199.00 but is now a collectable that has sold for $1,781.60. According to the Lego investing site Brickpicker, some of the top prices paid for the rarest LEGO sets include:

What Is the Most Incredible Thing Anyone Has Built With Lego Bricks?

In 2017, David Aguilar, Hand Solo, created the first functional mechanical prosthetic arm made from LEGOs. He has gone on to share his creation with others that share the same birth defect. That has got to be the noblest thing LEGOs have ever gone to build. That really shows that there are so many different LEGO bricks and sets to choose from and infinite ways to use them.

They have everything from boxes of classic assorted bricks for children to their new line of 18+ sets. LEGO’s 18+ sets come in many different themes including movies, classic cars, iconic architecture, and fashion. You are practically guaranteed to find something that you desire no matter your experience level.

LEGO is consistently coming out with brand new 18+ sets that are geared towards Adult Fans of LEGO (AFOL), adding to the already iconic lineup of Star Wars, Marvel, Disney, and Super Mario! The Hollywood themed sets are always expanding, right now including scenes for Seinfeld, Friends, Stanger Things, and the house from Home Alone!

These LEGO sets that are only intended to be purchased and assembled by those 18 years or older are for those looking for a themed LEGO challenge more appropriate for their age, interests, and skill level. In conclusion, the world of LEGOs that we once knew may be different, but it is thriving, bigger and better than ever before, creating evermore intricate model creations for our children and us children-at-heart alike.