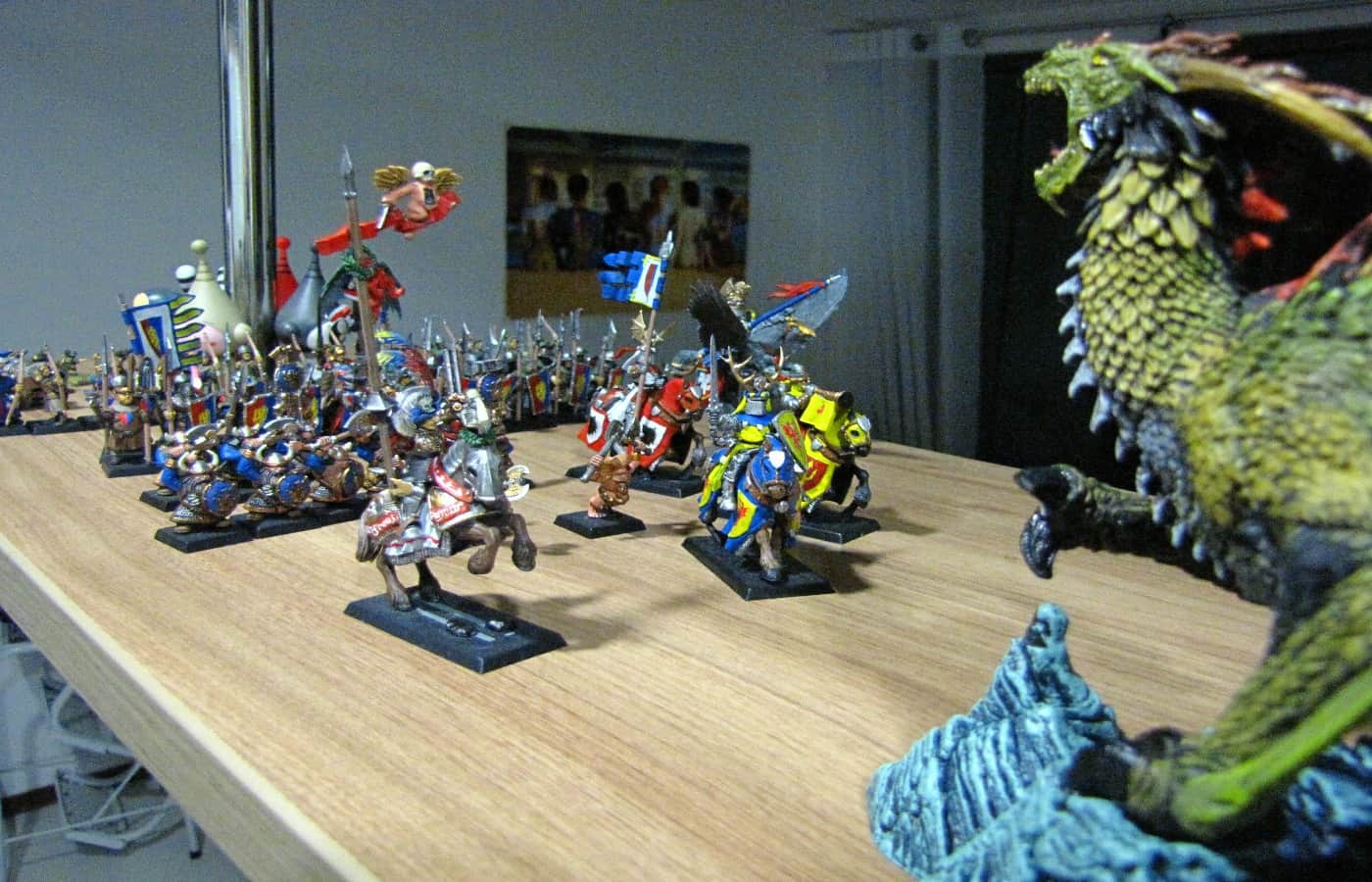 Another factor at play is the size of the models, the materials they are made with and the way that shipping these models work. According to Games Workshop, all these models are still manufactured in Nottingham, England. Due to this, and the associated shipping costs (as small, brittle, delicate products take a huge number of resources to ship overseas), the products need to increase in price relative to inflation.

The higher price point is indicative of the quality of each model and the fact that they are handcrafted. However, some long-time players suspect it may be more to do with the company’s tendency towards monopolization and an itchy trigger finger with litigation.

Is Games Workshop a Monopoly?

To understand the market dynamics of Games Workshop’s pricings, we need a little history lesson. Games Workshop got its original traction in the industry after being given sole distribution rights to Gary Gygax’s original edition of Dungeons and Dragons back in 1977.

Games Workshop then, are no strangers to monopolies.

It has also had to get litigious.

The company is no stranger to the long arm of the lawsuit – having employed it on multiple occasions against companies that have dared to even gesture towards its copyright.

So even in the instances that Games Workshop refuses to produce models for, it still cracks down ruthlessly on any competition in the field.

We can say with a fair degree of confidence that the reason Warhammer miniatures are so expensive is for two reasons. Firstly, Games Workshop must ship its intricate and detailed models worldwide. Secondly, the company is perhaps one of the companies most practiced with the art of litigation working in the tabletop scene today.

How Much Does a Warhammer Army Cost?

There is a huge variance in the answer to this question. If you want to meet the standard encounter army size for a current game of Warhammer 40K (a 2000 point army), Creative Twilight have investigated and found that this will set a consumer back $815.

On the other hand, that cost is associated with purchasing directly from Games Workshop. If one uses secondhand retailers and figure swaps to get the army you want, you could be looking at a cost as low as $200.

Is Warhammer Worth the Money?

Are Games Workshop miniatures expensive? Yes. Do other companies produce miniatures of comparable quality for a fraction of the price? Yes.

But, you are paying for one of the most popular brands in the industry and you definitely get what you pay for. Hobbies are really what you make of them, and if you want to join in, there is always a price to pay.

Why Was Warhammer Discontinued?

Warhammer is not the beast it once was. The original Warhammer Fantasy Battles tabletop game has been entirely discontinued by the company. Any traces of that game have been annihilated and replaced with Games Workshop’s new Age of Sigmar supplement.

The old mechanics of the game have been so thoroughly done away with, that they even wrote out the old setting entirely using lore justification, in an in-game event called the “End Times”.

There is lots of speculation as to why this was done, but a compelling answer is offered here by an ex-Games Workshop retail employee. The employee speculates that the artists wanted to replace the old square bases of the miniatures with new, circular bases to allow for more expressive model poses.

Moreover, there was a big issue with rules creep in the old game, and a move into a higher fantasy allowed for Games Workshop to become a bit sillier and camper in the games’ tone and design, bringing it to parity with the much more popular Warhammer 40K setting.

Warhammer miniatures are so expensive due to them being handcraft, high quality, and imported all the way from England.

Although the original Warhammer was discontinued, Warhammer 40,000 has since then replaced it as being one of the most popular tabletop games to date.

Games Workshop is also one of the biggest hobby miniature companies in the industry when it comes to tabletop games which means if you want to play Warhammer, you’re going to have to pay the price for it.