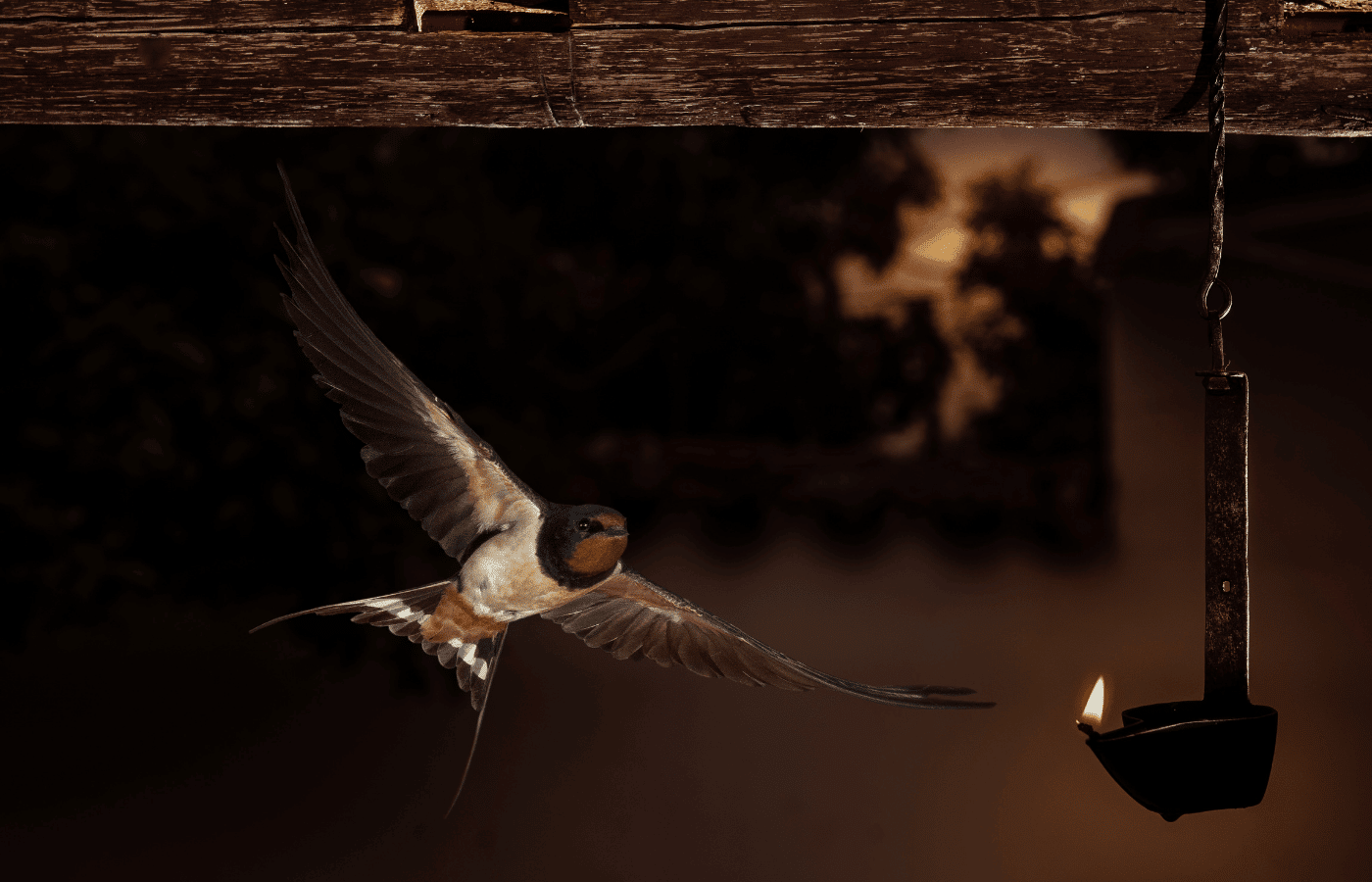 Have you ever discovered your bird eating candle wax, or discovered a candle that has definitely been pecked by a curious beak? It might leave you scratching your head as to why birds would go for such an odd and clearly inedible item, and yet birds certainly do sometimes eat candle wax. Why?

It is possible that the candles look like food to the bird, or that the birds are attracted to fatty substances in the candle (for example, a candle made of tallow fat). The candle may just spark their sense of curiosity. Whatever the reason, there are lots of instances of birds pecking candles, including chickens, magpies, cockatiels, and many other birds.

So, if you have candles and birds coexisting in your home, you might want to check your candles for peck marks – you may be surprised to find them! Some birds seem to actively seek out candles, apparently viewing them as a treat of some sort. If this happens, you should make yourself aware of it so you can remove the candles from the bird’s vicinity.

Is Candle Wax Poisonous to Birds?

This depends on the kind of candle that it is. Candle wax can be made of all kinds of different things. In the past, tallow was quite a common means of making candles, but now, you’re more likely to find candles that have been made of paraffin, soy wax, or beeswax. These can still be very attractive to birds.

Some kinds of candles are poisonous, yes. Paraffin is likely to be particularly bad for birds. It is made from petroleum, which is definitely not something that you would want your bird to be consuming under any circumstances. Even if it has been refined, it is likely to still contain plenty of nasty things that could prove poisonous to your bird.

The smoke from candles is also bad for birds, and can affect their respiratory systems. This is particularly true for candles made of paraffin, but it applies to candles of all kinds, since all release at least some smoke.

In terms of wax consumption, the safest kind is probably beeswax, as this is at least a natural wax, and there are actually some birds that eat this in the wild – namely, the Honeyguide.

This bird loves the wax from bees, and will lead any animals that love honey (including humans) to the hives so that they will break the hive open and give it access to the honey and the wax.

However, you should still not permit your bird to eat beeswax if you can help it. The candle wax could still have additives that you don’t know about. Equally, the wax could cause a blockage inside your bird’s digestive system that might kill it.

To check the current price and availability of Candle Wax, click here to view the selection on Amazon.

Why Are Candles Bad for Birds?

Burning candles in the same room as your bird can damage its respiratory system, as the chemicals in the smoke may be harmful. Lead wicks are obviously not good, but zinc and zinc alloy wicks can be harmful too, and may prove toxic to birds.

If you have a choice of wick, cotton or paper is safer, although the smoke could still be very damaging.

In recent years, links have been made between scented candles and cancer and respiratory problems. It is thought that the chemicals that are released into the air have an impact on people, and this impact might be considerably higher for your bird, since it is so much smaller than you are.

You can purchase bird-safe candles, which might be a good option for you. However, you should still be careful to keep your bird away from the candle, even when it isn’t lit. The candle wax will still not be suitable for your bird to eat, even if the smoke is reasonably safe to breathe.

Keep candles away from the birdcage and out of reach of your birds when they are loose. Place candles in a drawer or a box to stop the birds from getting at them.

Many creatures are attracted to citronella because it is an effective and natural insect repellent. You may notice birds rolling in or pecking at citronella plants in the wild because this helps to remove ticks and fleas.

The citronella covers up the scent of the bird, confusing the insects and helping to hide the bird from them.

You might think that a household bird would have little interest in a candle that smells of citronella, but actually, they are often attracted just because they have evolutionary programming that makes them respond to this scent.

It’s possible that if you have citronella candles, your bird will take a particular interest in them, and may try pecking at them. The citronella itself shouldn’t hurt your bird, but the wax is as dangerous as the wax from any other candle, and could hurt the bird by compacting in its digestive system and forming a blockage.

Citronella candles should be kept away from your bird, and burned in a different room, or far away from its cage.

Why birds eat candles isn’t known for sure, but they often do seem to be attracted to the wax. If you have candles and you have birds, you may find you need to physically separate them, or the bird might keep trying to eat the candle.

Wax is not good for your bird, and could cause an internal blockage. This is not a given; birds will often be fine, even after eating some wax, but it is not worth the risk that they won’t be. Equally, the chemicals and additives in a candle could be dangerous and poison your bird.

Burning candles near a bird is also not a very good idea, due to the chemicals and heavy metals that are released. The smoke – even from a natural candle – could irritate your bird’s respiratory system, too. On the whole, therefore, it is a good idea to keep your candles in another room and not allow your birds near them, lit or unlit.