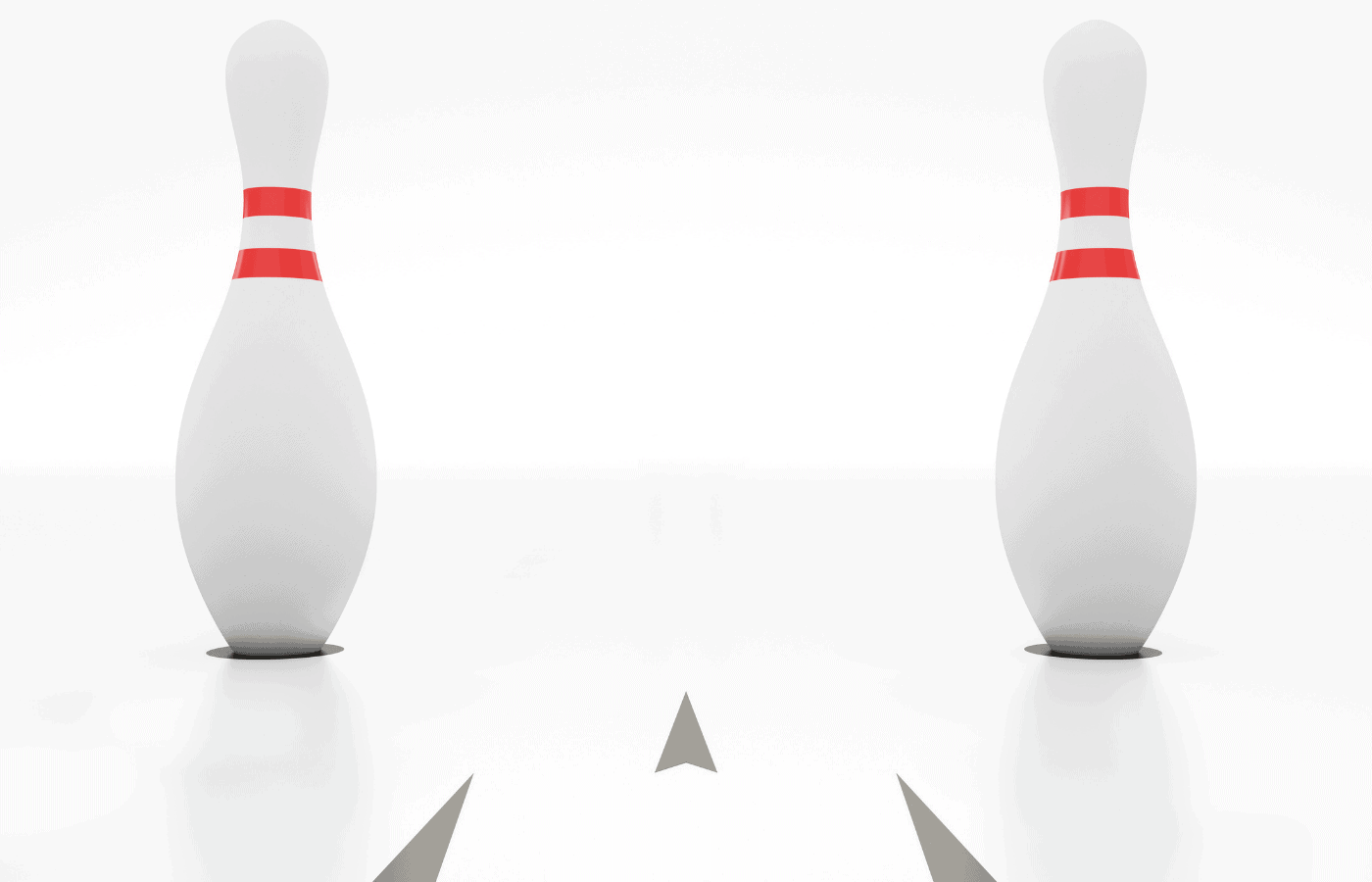 Unfortunately, every bowler has run into the problem of getting a split in bowling. It’s inevitable, even for professional bowlers. Thankfully, with practice, you will be able to stop hitting many splits per game and pick up the pins from your split easier on the second throw. But, why are you getting splits in bowling now?

You are getting splits in bowling likely due to one of the following factors; your ball is hitting the pins at an incorrect angle and/or speed, you are inexperienced, or you are using incorrect bowling equipment for your body type.

It’s important to not let bowling splits discourage you from playing the game. The more you play, the better you’ll get at either avoiding splits to the best of your ability, or bowling your way out of them and into a spare.

What Is a Split?

In case you aren’t sure, it’s important to first define what a split in bowling is. A split happens during the first throw of a frame, when some or most of the original pins are knocked down by the bowler’s first shot. The remaining pins, usually 2 or 3, will be separated with at least one pin’s width between them.

This means that there is a separation between the pins, which will make them harder to shoot down in your next throw. You’ve probably encountered splits before, without knowing that’s what you bowled. Most commonly you’ll see the 7-10 split, with those dreaded two pins upright on either side of the laneway.

A split is typically the reason your spare (and extra points) will be harder to achieve. Due to the fact that the upright pins are not close to each other, the likelihood of getting the rest down in one shot is lower (but not impossible).

How to Avoid Splits in Bowling

Unfortunately, the best way to make sure your bowling isn’t splitting is to practice, a lot. The more you practice, the more you’ll be able to understand how to properly throw your bowling ball, in order to achieve the best results.

Another tip is to make sure you’re not bowling straight on, towards the headpin. If you are doing this and aren’t achieving a curve to your throw, you’re less likely to have the ball hit more pins, as it will continue going straight. This is especially true if you’re throwing a fast ball, as the headpin will pop up, but the other pins won’t get knocked down.

It’s important to practice bowling as well, as you will be able to find a throwing position, including angle, foot placement, and technique, that’s right for you. Everyone is different, and what works for the person bowling next to you may not be what works best for you.

Another tip to avoiding splitting when you’re bowling is to make sure you have the correct bowling ball for your body weight. A ball too light can be sent with too much force, thus hitting down only a few pins while it bowls through, while a ball too heavy will be uncomfortable for you to throw.

Experts suggest that a bowling ball should be 10% of your bodyweight, up to 16 pounds. This doesn’t mean that anyone over 160 pounds shouldn’t be bowling, but bowling balls only go up to 16 lbs in general. The smaller your frame, if you’re a woman, or if you’re bowling with children, the less weight you’ll need to succeed in bowling.

What Causes Pocket Splits in Bowling?

Pocket splits in bowling occur for a multitude of reasons. As mentioned above, if the ball is not heavy enough for your weight, you won’t be able to make the throw as easily. You also have to make sure your throw keeps enough pace, as throwing too slowly will use less energy upon hitting the pins.

Pocket splits are also caused by throwing straight towards the headpin, instead of getting any curvature. It’s not recommended to try to force a large curve in your throw, as this could result in your ball going into the gutter, but a slight curve will allow the hit on the first pin to continue on its course and hit more pins.

Do You Get More Points for a Split in Bowling?

Unfortunately, no you don’t get more points for a split in bowling. The only way to get extra points is through a strike or a spare. Otherwise, the pins are given equal value in 10 pin bowling (5-3-2 value in 5-pin bowling, which is a Canadian version of bowling).

Another unfortunate reality with splits in bowling is that they make it harder to achieve a spare after the first ball has been thrown. Due to the fact that the upright pins are further apart, it’s difficult to hit them both down on that second throw, to give yourself a spare. So, splits usually mean you will get fewer points in the game.

While splits in bowling can be discouraging, it’s a completely normal part of the game. While pro bowlers will bowl splits less than amateurs, they still do hit them from time to time.

A sore arm, incorrect equipment, or a wandering mind can all contribute to a professional missing his first throw of a frame. The best way to avoid splits is to make sure you’re throwing your properly weighted ball with a slight curve, on an angle with the headpin.