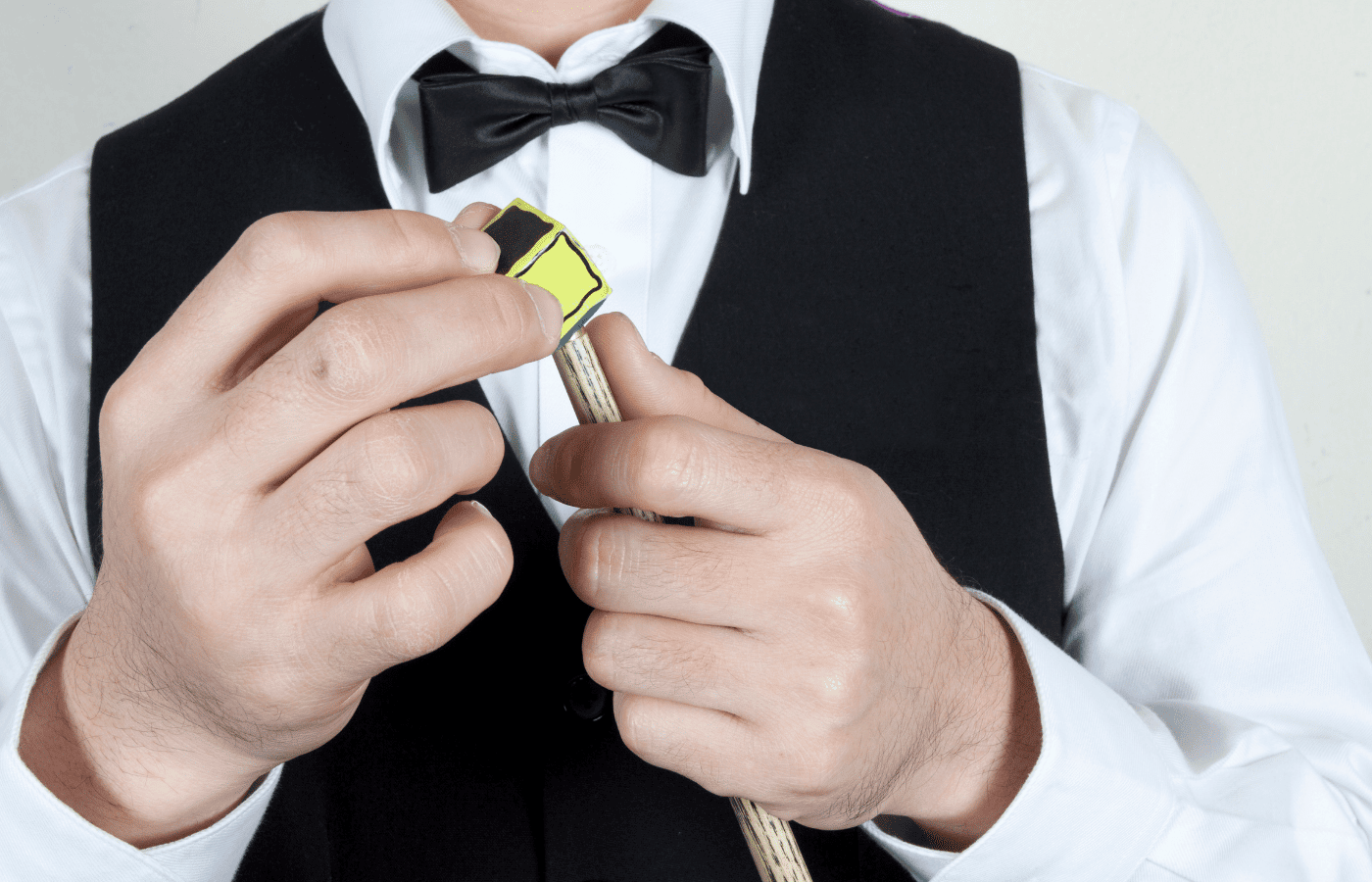 Ask anyone what the first thing that comes to their mind is when you say the words “snooker player” and they will most likely talk about how sharply dressed they are.

They are most likely dressed in a waistcoat with a bowtie. If you aren’t an avid fan of the sport it may be leaving you wondering a question that many have. Why do snooker players wear bow ties and waistcoats?

Snooker players wear bow ties and waistcoats as part of a tradition dating back to the beginning of the game when the British aristocracy played in the 18th century. It was standard attire for those higher class individuals to wear during the game, and that rule has not changed. With this tradition in mind, it still leaves many questions as to why exactly a waistcoat and bowtie are used.

Why Do Snooker Players Wear Bow Ties Instead of Ties?

Long ties hang out over the table when players lean over it to play. They get in the way of the game when they do this. Bowties however do not interfere with the balls since they are tightly placed around the neck.

This, however, does not mean that there are not players that prefer ties over bowties. Bowties are just preferred as they will not indirectly hinder performance while playing.

Does It Matter What Color the Waistcoat Is?

Traditionally, the waistcoat is black and the shirt underneath is white.

However, recently this rule has been relaxed allowing for different colors other than white and black to be used.

This is dependent upon the tournament though. There is a major debate over the dress code within the snooker world. Therefore, you will find varying rules at different tournaments on whether the players are allowed to wear different colors.

To check the current price and availability of the Coofandy Men’s V-Neck Sleeveless Waistcoat, click here to view the listing on Amazon.

Is There a Dress Code for Snooker?

There is also a debate over whether snooker players should still have to abide by the traditional dress code. As of right now, the majority of snooker tournaments require that the players wear traditional attire.

However, in 2019 the chairman of the Home Nations events changed the series dress code to black tailored long-sleeved shirts worn with black or dark tailored trousers. Completely ditching the waistcoat and bow ties.

A push for the allowance of polo shirts has also become popular. The smaller event known as the Shoot Out already allows for the players to wear polo shirts instead of the traditional attire.

Why Stay With the Traditional Attire?

Although there are tournaments with a more relaxed dress code, the majority of tournament dress codes remain unchanged. Why is this?

Many snooker players believe that the dress code is an important part of the identity of the game. Many people associate snooker with the waistcoat and bow ties, so taking that away would be taking away a major symbol of the game.

Also, many players believe that allowing for a more relaxed dress code would be seen as a way of almost ‘dumbing down’ the game and making it feel less dignified and professional.

What Is the Argument for Relaxing the Dress Code?

Snooker players who are for a more relaxed dress code sight how inconvenient the traditional attire is.

The uniform snooker players must use is restrictive, causing them to be unable to fully move around to hit their shots the way they want to. It is also very warm, causing them to overheat underneath all of the lights.

The chairman of the Player’s Commission argues that they are losing out commercially by sticking with waistcoats when they could have their own branded apparel as golf does.

Would Changing the Dress Code Draw in Younger Players?

Another argument for changing the dress code is that it will commercialize the game and draw in younger players. The younger generation may be more interested if they don’t have to dress so formally. However, there is no way to be certain that this will work.

There is also the possibility of losing snooker fans who are adamant about the need to keep the traditional attire. So instead of gaining attention to the game, you risk the chance of losing it.

Bowties and waistcoats make the snooker players look more professional. It gives them a “smart” and “gentleman like” look. A dress code rooted in tradition that is an important part of the identity of the game is not likely to be lost so easily.

Although, through the years the dress code has been relaxed by many organizations today. This is why we are starting to see less waistcoats and bowties as well as different colored undershirts.

Even though there is a push for change, it is likely we will still see that symbolic waistcoat and bowtie for a long time at most events.