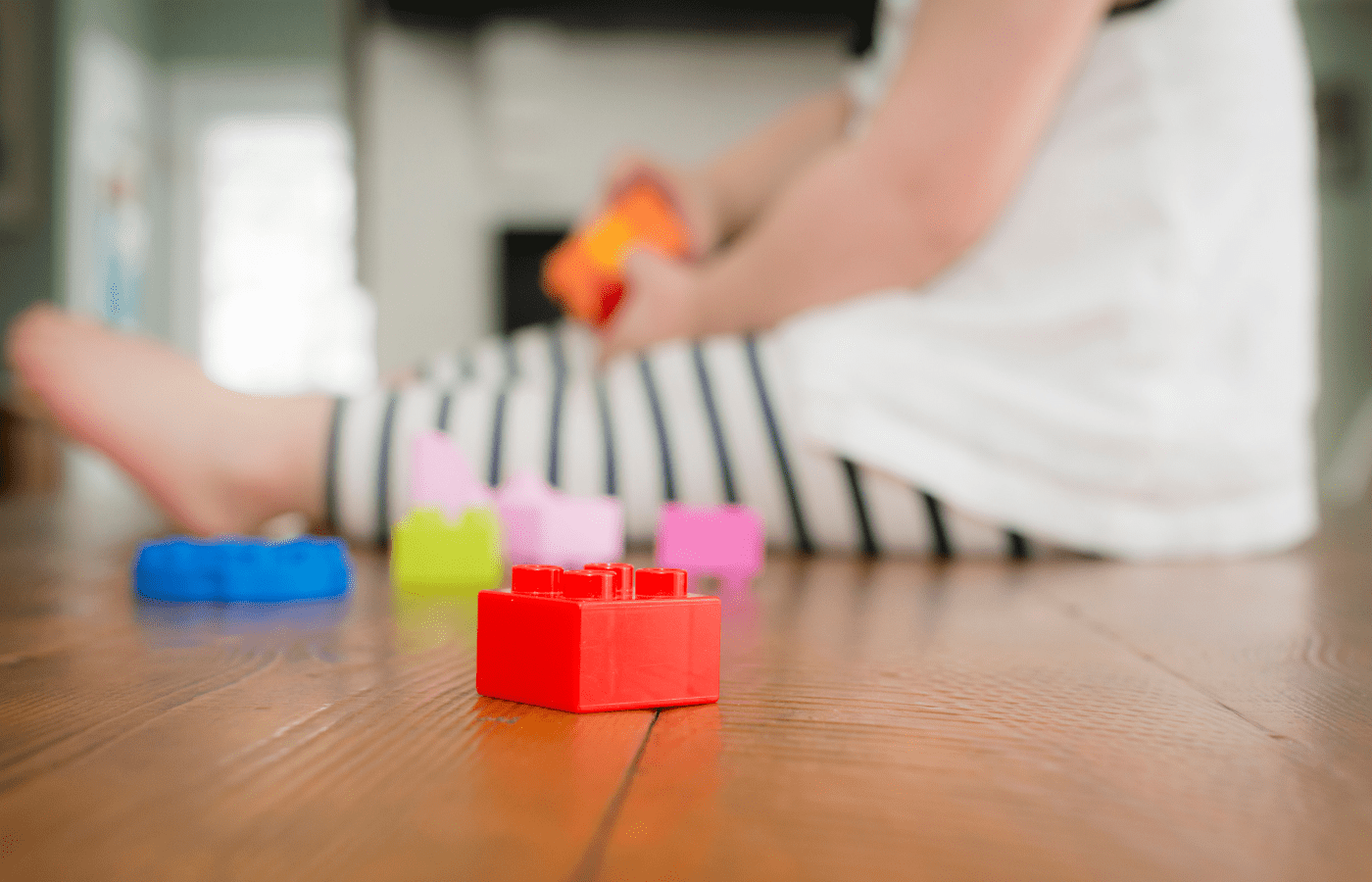 Legos hurt so much to step on because they are made of a hard ABS plastic and are built to withstand an immense amount of pressure. The human foot, long with the lips, hands, and eyes, are one of the most sensitive parts of our bodies. Legos have no give when you step on them like other toys would if you step on them.

Since it is made of such a very durable and hard terpolymer plastic called ABS, it is meant to withstand 4,240 newtons of pressure in a double brick stack. When you step on a single lego piece, the weight you distribute to full make the step is blocked by the lego, therefore your sensory receptors (all 200,000 of them) react.

When Legos are stacked together and built into anything from mega structures like miniature sky scrapers, to smaller creations like a house, they will stick together effectively. Sure the structure might break apart if impacted with a small amount of force, but the bricks themselves will stay intact.

When you step on a lego it feels like being stabbed in the foot with a knife. It digs into your foot and hurts more than it would to walk on fire or glass. Glass, at least very small pieces of it, will spread out under the weight distributing of your foot and is a reason why glass walking doesn’t usually cause breaking of the skin. Lego piece don’t break skin either nor do they draw blood, but they sure feel like they do in the moment.

How it works when you step on a Lego and the force you put upon it is more of an impact on you than it is on the Lego on the floor. It is a combination of weight, how much force with which you hit the ground when you step, and how sensitive the nerves are in your foot.

If a person is about 165 lbs or 75 kg (734 newtons) then the impact of the Lego, even at a standing force rather than the acceleration from walking is 32 times the atmospheric pressure being imposed upon your foot as you make impact with the fated sharp piece of strong plastic.

Lego even sells Lego slippers for you to buy so you don’t have to worry about stepping on Legos ever again. Of course, whatever slippers you have will do the trick as long as they have a thick sole. If the sole is too thin, like with some sock-like slippers, you will still feel the Lego, but not as much.

Why Are Legos So Sharp?

The reason why legos are so sharp is because they need to fit into each other cleanly and seamlessly. From far away, you can’t see the individual brick in a single Lego structure. This also makes the structure stronger in general. If the edges were rounded it will compromise the quality of construction and dissolve the illusion of the small bricks in one big lego creation.

For example, imagine you are at one of the many Lego store around the world and you are a witness to the super Lego replica of the Empire State Building. Now imagine how the replica would look with soft edged bricks. It’s hard of course because the sharp edged Legos are all you know, but it would look a little off wouldn’t it? That is why The edges of the bricks need to be sharp, for quality and aesthetics.

There is at least one reason why the worst part of stepping on a Lego, other than stepping on one in general, is present and unchanging. Unfortunately, you won’t be treated to any softer edged legos anytime soon.

Legos are Made out of ABS Plastic

ABS plastic also known as Acrylonitrile butadiene styrene is thermoplastic from which Lego brick are made from. This plastic is used because of its versatility, durability, and lower cost. The combination of the ABS chemicals is what gives the bricks their distinct clicking sound when they fit together.

It also serves as a safety function in that it is crushed under immense pressure rather than shattered. This factor makes Lego significantly safer that some other plastic toys that are not as durable. Plastic is a staple in children’s toys and it’s a comfort to know that Lego is safe in some regard, unless you step on it of course.

If ABS Is Low Cost, Why Is Lego So Expensive?

ABS may have a lower cost for manufacturing, but licensing and color have a factor in how Lego sets are priced. Using an intellectual property like Marvel can bring up costs significantly since it needs licensing for Lego to be able to make that set. Also some colors will cost more to get the dyes for if they are very distinct.

However, this does sacrifice the quality that ABS plastic is known for. The plant-based plastic will indeed shatter so it’s no wonder Lego as a company is hesitant in fully moving all their products to this plastic.

In general, despite the cost, Lego will never compromise on quality. It will always be able to take much more than your foot to become squished. So no matter how much you hate stepping on it, or how much you put it through, you and your children will have these pieces and sets for decades to come.

How Many Pounds of Force Does It Take To Break a Lego Piece?

It all depends on the method od pressure you use, other than your foot. Other Lego pieces will need to be stacked a large amount before they even provide that kind of pressure to crush a single piece. In this video, they attempt to crush a real and fake piece of Lego or Lego-like bricks to see how much force the pieces can take under a hydraulic press machine. The real ones crushed at over 1000kg.

This is only an example of a layman’s way of trying to gauge the force needed to practically crush a Lego, but it is very informative. They also use very large blocks for the purpose of quality of video. It stands to say that the smaller Lego blocks with less dense of a surface area do take the above mount of pressure to be crushed. It’s all in the size.

Legos are built to last and are one of the most durable toys on the market today. Being able to take that much pressure as mentioned before means that unless you have the means or equipment to intentionally squish a Lego under 950 pounds of force.

Lego pieces are one of the most painful toys you can step on. The sensory receptors in your feet are very sensitive and the weight distribution of your foot on the strong Lego piece make it hurt significantly. It feels worse than it would to walk on fine shards of glass such as in glasswalking because the glass will compensate for your weight while the Lego is an imposing force on your foot and sensory input.

One piece of Lego can withstand an amount of force very much outside of your capability to crush the piece and this is because of its durability. Lego pieces are meant to be stacked in many intricate ways and they must be able to take that kind of strain in order to work effectively as a building block toy. It all depends on the size of the Lego to determine how much force is needed for it to be crushed.

The make-up of the ABS plastic used to make the blocks makes them so durable that they will crush under a force of 950 pounds instead of shatter. This makes them safer than most plastic toys that could stagger into sharp pieces that could hurt more and injure you more seriously. All in all it’s a good thing to tell your children to pick up their Legos so you don’t have to worry about stepping on them, but now you know why they hurt and how it happens.