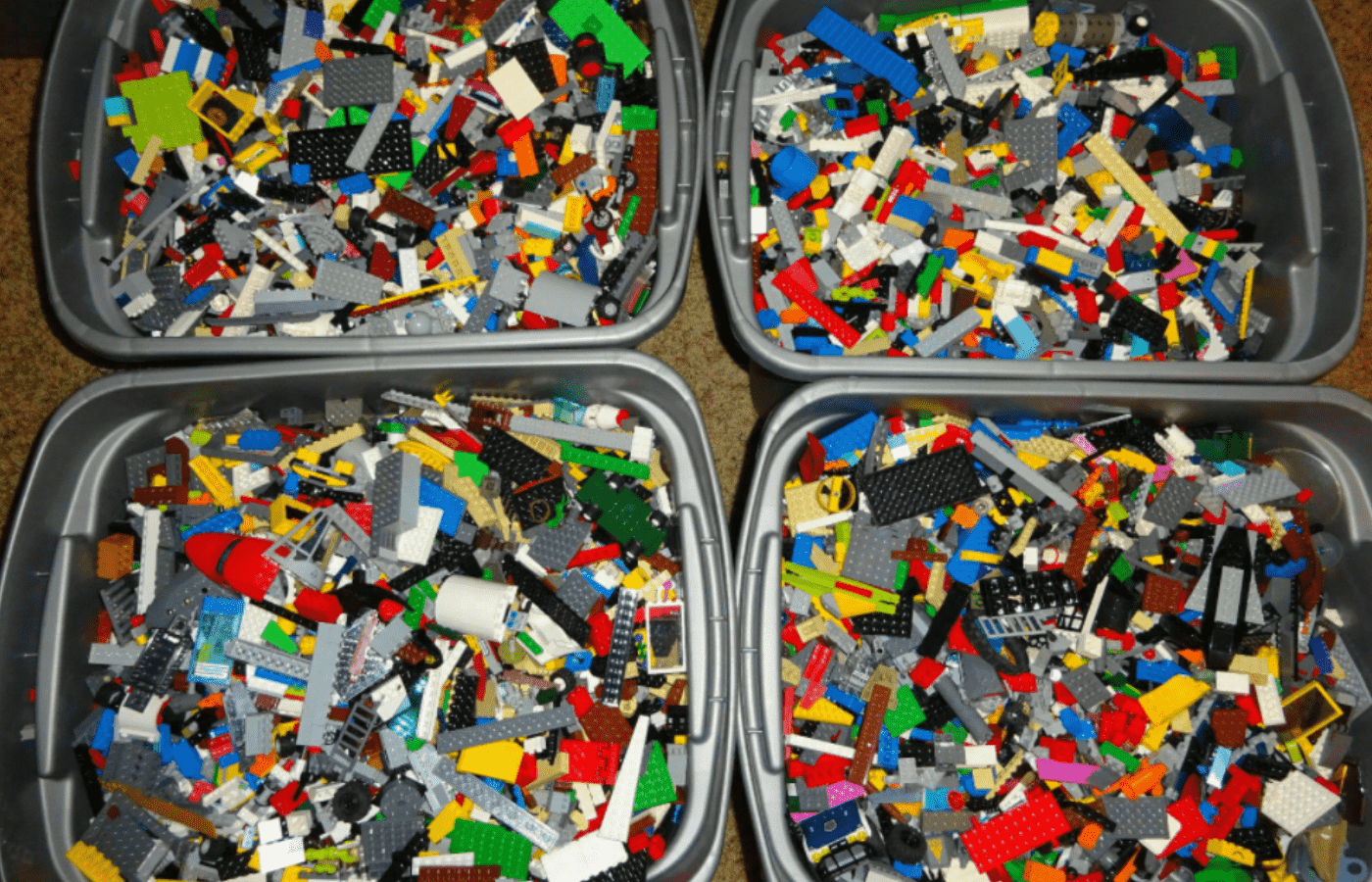 Have you ever wondered how much it would cost to buy Legos by the pound? If you were to buy an unsorted pound of lego bricks, the price range would be between $3 and $10. However, if the Legos have been sorted by color or are certain pieces, the cost per pound will rise.

One pound of Legos is approximately 300 to 600 bricks. The toy bricks can be used to make a lot of different things. Both kids and adults have a lot of fun using Lego.  Depending on which lot of Legos you were to purchase, it could work out to be roughly 0.5 to 3.3 cents per Lego piece.

Are you interested in learning more about the cost of Legos per pound? You’d come to the right spot. Today, we’re going to discuss how much 1 pound of Legos costs and what you should expect. Keep reading for more information.

Can You Sell Legos by the Pound?

When it’s time to get rid of some of your Lego collection, you can weigh the brisk out and sell them by the pound. There are plenty of collectors that are willing to buy sorted and unsorted lots of Legos. However, before selling the Legos by the pound, you will need to get them ready.

Your Legos should be sorted so any non-Lego pieces that got mixed into the lot are removed, as well as any damaged pieces. It is also a good idea to give the blocks a cleaning with soap and water.

How you sell the Legos by the pound is up to you. However, you should know that the cost ultimately depends on how you sort the Legos. Random Legos in a one-pound lot won’t be worth as much as Legos that have been sorted by color.

How Much Do Legos Cost per Pound?

The price of Legos per pound varies. You could spend anywhere from $3 to $10, or even more. A pound of Lego that hasn’t been sorted will cost a lower price, typically in a range between $3 to $5. Legos that have been sorted by color and have all the minifigs removed will cost $10 or more.

Another thing that determines the cost of Lego per pound is whether or not the Legos aware part of a set. Once a set is no longer available to buy in stores, the cost of the pieces rises. While it’s extra work to sort pieces for a specific set, the payoff is usually worth it.

To check the current price and availability of Legos by the pound, click here to view the selection on Amazon.

What Is the Average Price for Legos?

The average price will also depend on where you purchase the Legos from. Some third-party stores and sellers will increase the price compared to what they are sold for at a department store or toy store.

Legos today are a lot different than how they were 30 years ago. These blocks used to be simple colorful bricks that kids (and adults) could build whatever their imaginations desired. Over the years, Lego began specializing in kits. There are a number of different themed kits, like Harry Potter, Star Wars, Batman, etc.

One thing to keep in mind about the price of Legos is that each set’s cost is determined by how many pieces are in it. While the finished scene may not seem like it’s any bigger than a standard set, these expensive sets do have more blocks in them.

While these sets may seem like they are over-priced at first, they are only more money because there are more pieces. The cost of Legos has actually decreased over the years. While currently, the average cost per brick is $0.11, in 1985 the average price was $0.40 per brick.

What Is the Best Way to Sell Legos by the Pound?

If you want to sell your Legos, you should always make time to sort them first. While the thought of this may seem like a hassle, the payoff is typically worth it. Once the Legos have been sorted, you will need to weigh them. Before you weigh them, we recommend putting them in a bag or box.

Once you have your Legos weighed out, you can choose how you want to sell them. Decluttr and similar organizations will buy Legos by the pound directly from people to make it easier to sell them. However, if there isn’t an organization like Decluttr near you, you can list them for sale on eBay or a similar service.

One of the easiest ways to get rid of Legos you no longer need is to sell them by the pound. If you decided to sell the Legos as is, you may only receive a few dollars per pound. However, if you take the time to clean the bricks and sort them out by colors or collections, you could see around $10 or more per pound.

Legos have always been popular with kids and adults across the world, which means it won’t be difficult to find an interested buyer. On the other side, if you’re looking to buy used Legos by the pound you will also find many options.

To buy Legos by the pound, check eBay and similar services. This is a great way to find Legos of a certain color or other Legos you want to add to your collection.

link to Are Pokemon Books/Comics Worth Anything?

Continue Reading
link to Where to Buy Yugioh Booster Boxes