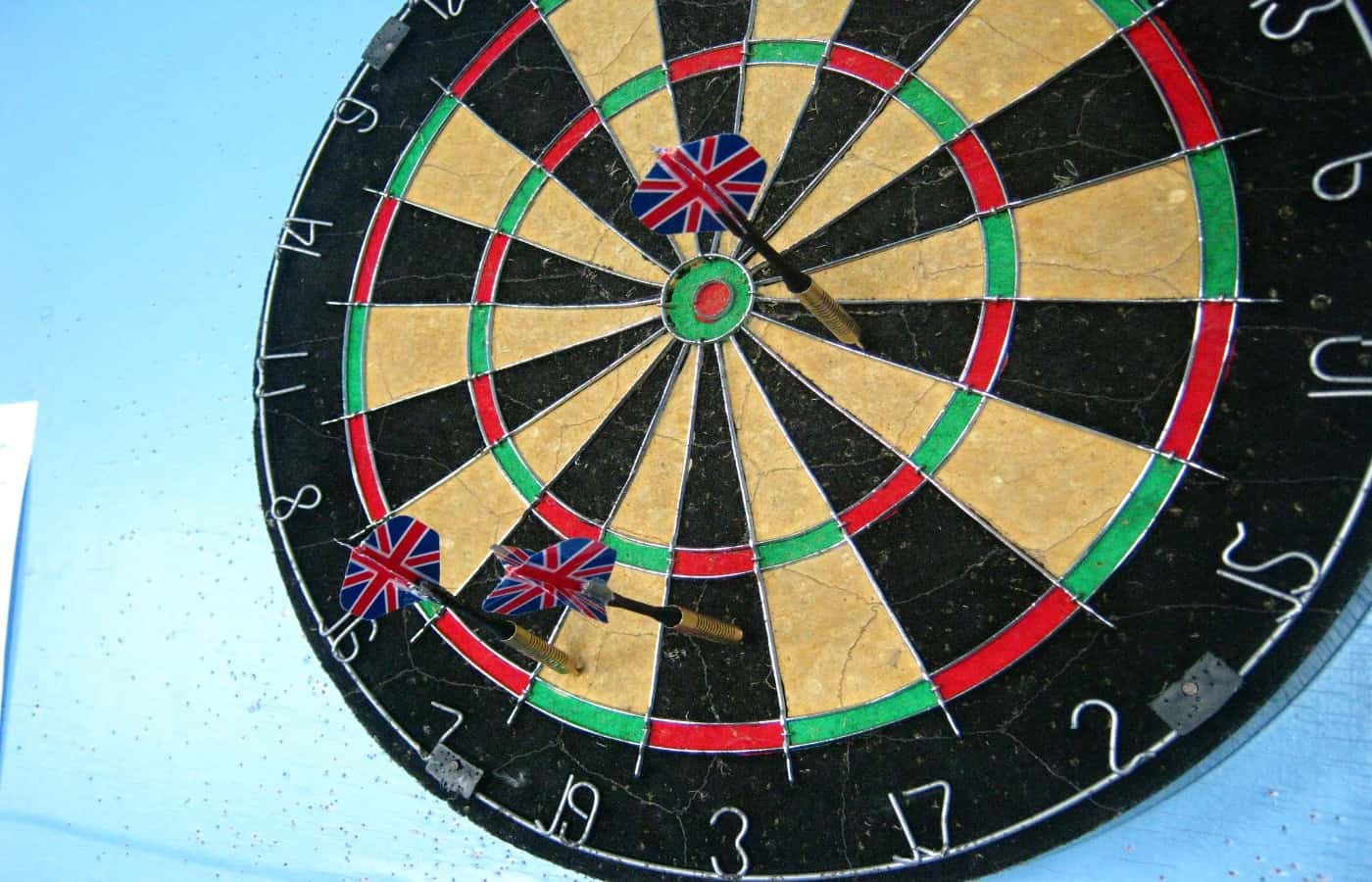 The game of darts is a time-honored past time found in homes and establishments across the globe. The origins of darts are not precisely known, but it is believed to have come from France or England as a game played by soldiers.

To fully understand a dartboard, we will need to look into the history of the original dartboards. Modern day dartboards have definitely been modeled and crafted after their ancestor counter-parts.

It is theorized that the original dartboards were cross-sections of tree trunks. As the wood aged, radial cracks would sometimes appear and these likely formed the inspiration for the pie-section-like divisions in dartboards today. Unlike archery, which required large outdoor areas and specific equipment, the early game of darts could be played on a simple piece of wood or upturned wine cask. Players used sharp bits or the ends of spears.

The game was often encouraged amongst soldiers as it improved aim, precision, and hand coordination. These are all desired skills for the ancient army grunt. As the game grew in popularity, varieties blossomed in different lands and settings. Due to this wide-spread play, the need for a standard set of rules and an established board became apparent.

Fast forward hundreds of years and the game transforms into more leisure versus target practice. In 1896 the numbered section system was established to better judge accuracy. From this developed the board we know today, concentric circles and all.

Now, dartists take any physical form and come from all progressions. You don’t need to be a soldier to play the game and you’ll find friendly (and not so friendly) competitions occurring in pubs all over the world.

Contemporary boards feature the iconic bullseye concentric circles and are divided into four main parts (from outward to center):

Twenty pie slices, or radial segments, establish the numbered scoring system for each concentric circle layer. Each of these radial segments is boarded with a metal wire. This makes it near impossible to hit a questionable number.

All of these sections give rise to a seemingly complicated scoring system. Side note – this is what is so appealing about electric dartboards, they do the dirty work for you! As in, the digital board will keep track of the value of each dart strike and calculate running scores.

Three darts are all it takes to run a game. The most central circle, the eye of the bullseye, is worth a whopping 50 points. In a standard game the perfect score, or a “ton 80”, is a total of 180 points from three dart throws.

Those concentric circles allow for precise play. With darts, it’s all about the aim. A bullseye is an ultimate goal, but those circle layers allow for keeping a score more detailed than “strike” or “no-strike”. The specific design of the numerical scoring system among the concentric circles keeps the play fair and cuts back on the probability of lucky shots ruling the game.

There are a variety of game variations that can be played on a dartboard, likely arising from the ancient beginnings of soldiers trying to pass the time tossing daggers at tree slices. The modern scoring system allows for variability in the game choice and variety in scoring possibilities.

Darts has seen a long rich history and experienced many adaptations along the way. From a silly way to pass the time for soldiers of the past to being outlawed in the 1900s as an illegal “game of chance”, to now finding space in homes and establishments the world over, darts has seen it all.

The concentric circles, along with the way a dartboard is numbered, help allow for precise scoring. This allows the game of darts to rely more on skill rather than a bout of luck.

We can thank those slices of tree trunks of old for inspiring the concentric circles of the modern dartboard. And branching from that, the numerical scoring system ensures a fair and balanced game. The modern dartboard makes the game of darts fun to learn, fun to play, and offers a respectful nod to those the dartists who came before us.