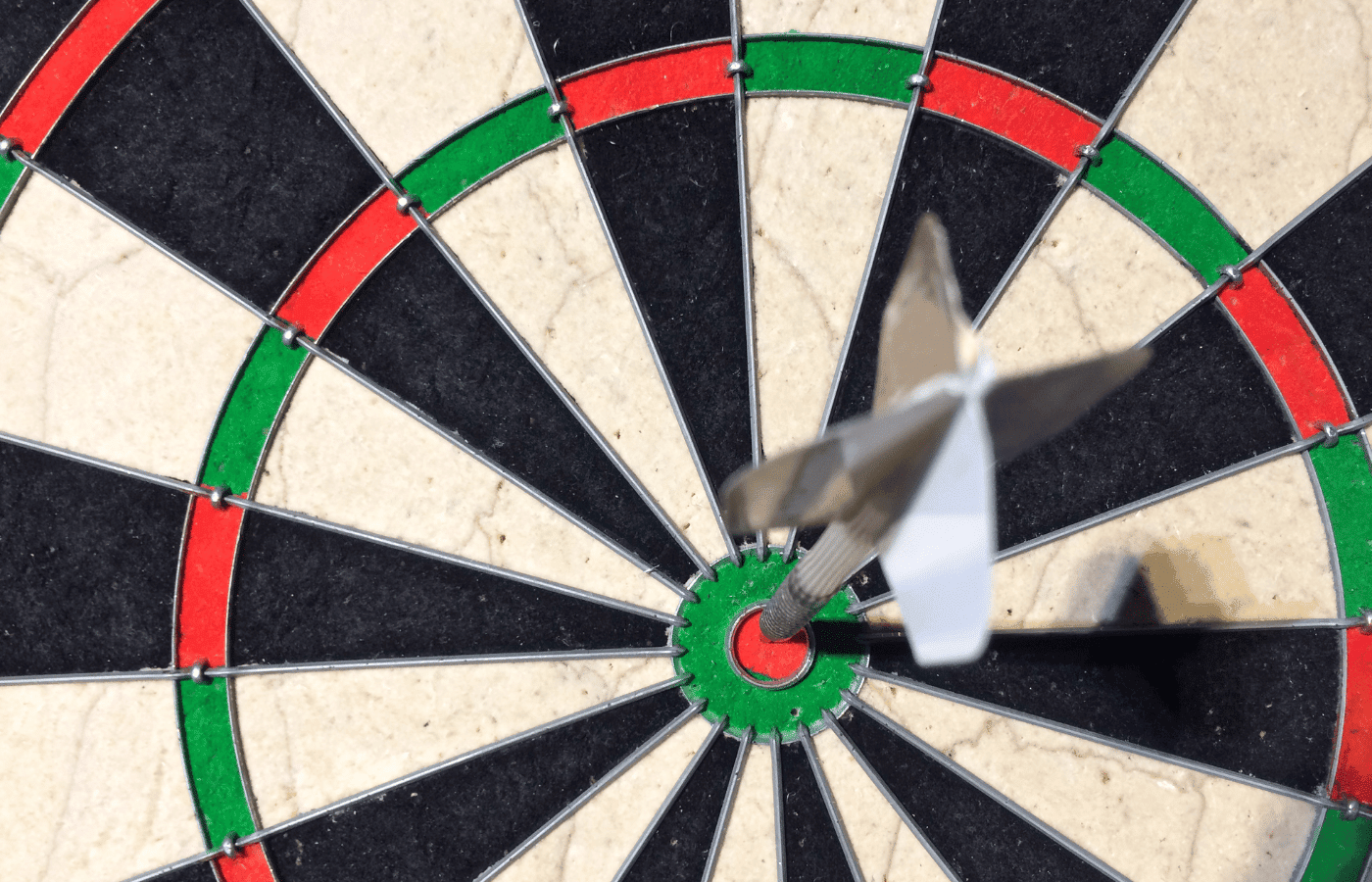 If you’ve been into the game of darts for a while, you’d be aware of how everyone likes to keep their eyes on the bullseye.

However, beginner players may be shocked to find that the bullseye is not always worth the most points. In fact, the bullseye is only worth 50 points in most games, while other targets such as the triple 20 make 60 points.

Thanks to the triple multipliers on a dartboard, some targets like the number 17, 18, 19, and 20 can score you more points than the bullseye of 50 points. There is no triple multiplier for a bullseye.

The Point System in Darts

In most regular dartboards, the point system is divided into numerous sections. They are divided by metal wires that are also known as spiders, allowing players to clearly see how many points they can earn when they hit certain sections of the dartboard.

Set in the center of the board is the bullseye that is worth 50 points and a larger circle amounting to 25 points. The subsequent parts to the dartboard are set into single numbers between 1 to 20, while certain sections may have double or triple point multipliers.

However, this is when the point system on the dartboard becomes odd. Thanks to the triple multipliers, some targets like the number 17, 18, 19, and 20 can score you more points than the bullseye of 50 points.

While many people may question why the bullseye is worth less, the simple answer is in the multipliers. When tripled, points like 17, 18, 19, and 20 will give you point variations between 51 to 60, which is more than the bullseye of 50 points. While these targets can give you more points, they are also significantly harder to achieve.

In some traditional games, however, the triple multiplier for the 20-point target does not exist. This would mean that the bullseye remains the target with the most points at 50 points per hit.

Why Is a Triple 20 Target Worth More Than a Bullseye?

There is a simple answer to this – and that is in the point multiplier system for darts.

In a single game, a bullseye is worth 50 points. In comparison, a successful dart throw on a triple 20 target will score you 3 times more points, bringing the total to 60 points. This would mean the triple 20 target is worth 10 points more than the bullseye.

If you’re looking to up your game, we recommend using the Blade 5 bristle dartboard by Winmau. Its super thin wiring design will help decrease bounce outs which will allow for overall higher scoring.

Unfortunately, the triple 20 target is made of a small section of the dartboard. This makes it difficult for players to aim for this section unless they have had a lot of practice. The difficulty in hitting a triple 20 target may be why it is worth more than the bullseye, but this has not stopped players from aiming for it.

Should I Aim for a Triple 20 Target Instead of a Bullseye?

As the triple 20 target provides a player with more points than the bullseye, many players may then wonder if they should always be aiming for a triple 20 target instead. However, this could depend on the type of game you’re playing.

For instance, in games like 501 or 301 where a player must work to hit 501 points or 301 points exactly in the least moves, aiming for the triple 20 target could pay off quickly. However, this could be a risky move as the target for the triple 20 is small. Thus, not many players may take this route to scoring points.

On the flip side, players may find that it could be easier to score 3 bullseye shots instead. Thanks to its larger target area, this would be a likelier target than the former, especially for beginner players.

Due to the simple fact that the bullseye does not have a triple multiplier, hitting a triple 20 may seem a lot more enticing when trying to rack up a high score.

However some players may find it more satisfying to hit multiple bullseyes in a game, while others may want to further challenge themselves to hit the triple 20 target.

Do keep in mind that if you can successfully hit the target up to 3 times, you could be scoring a total of 180 points in a single round.