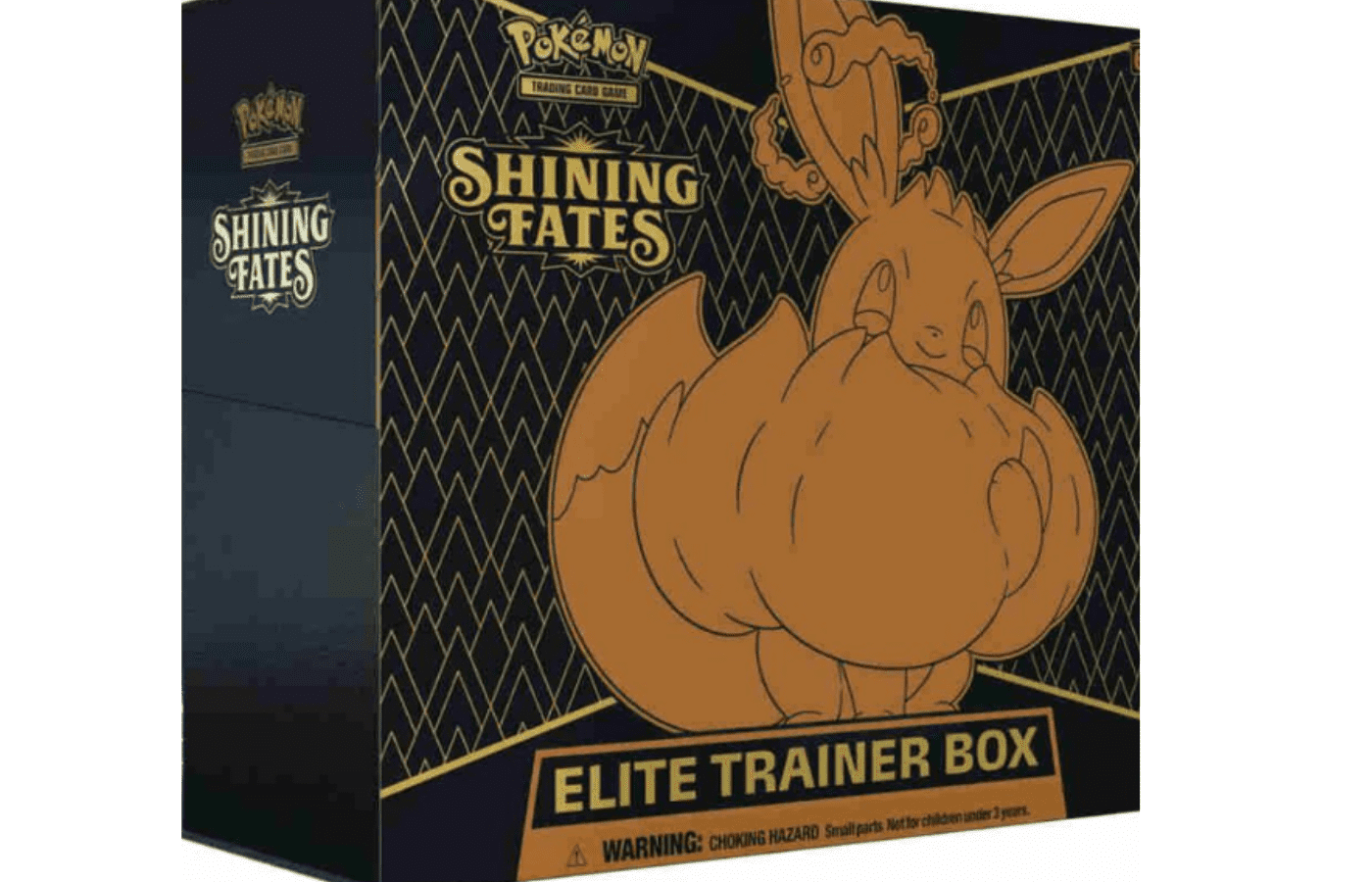 Pokemon Shining Fates is so expensive because the booster packs were never sold on their own. The only way to get hold of them was to either buy a Trainer’s Kit (8 boosters in the box) or from one of the various promo sets that were released around the same time. Because the boosters were never released as individual boosters, this really pushed the price up.

Let’s tell you a little bit more about Pokemon Shining Fates, shall we? Just so you have a rough idea about what you are going to be letting yourself in for if you opt to pick up these games!

Is Shining Fates a Good Investment?

Yes, but only if you do not plan on opening up the booster packs. We don’t really see a whole lot of value when they are opened, mostly because a lot of the cards in this set do not hold that much value.

We can see the price constantly rising on these boosters, assuming they remain unopened. This is because they are rare and, as with most collectibles, people are always looking to get their hands on the rarest cards that they can.

If you are buying Shining Fates boosters or packs (not individual cards), with the intention of playing with the cards then, no, it isn’t really worth it.

The cards cannot be played in the standard version of the game nowadays, and there really isn’t anything tremendously powerful there, even if you could. After all, they could never include powerful cards in such a rare pack. It would have completely destroyed the game.

To check the current price and availability of the Pokemon Shining Fates Elite Trainer Box, click here to view the selection on Amazon.

Are Shining Fates Tins Worth It?

Again, it is only really going to be worth purchasing these tins if you are not planning on opening them. That is where the real value of the game is.

You may be able to pull a few rare cards, but it is unlikely that these will sell for more than what the unopened Shining Fates Pokemon tin would have earned you.

If you can sit on these for a few years, then we reckon that you are going to have a nice little money earner on your hands.

How Much Is a Shining Fates Pack Worth?

At the moment, a Pokemon Shining Fates booster pack isn’t worth a whole lot. You may be able to get $10 for it, but that is pretty much where the value of it is going to cap out. The real value of the Shining Fates packs will come in a few years when the price starts to climb.

The tins and promo boxes can vary in price. You may be able to find them between $30 and $100, depending on what is included in the promo box. Yes, it is going to be a little bit more expensive to buy upfront, but you are probably going to save yourself a ton of money by doing that! Actually, no. You are probably going to end up making a lot of cash by purchasing the Shining Fates promo packs like that.

What Is So Special About Shining Fates?

The real specialness from Shining Fates comes from the fact that it is going to be a rarer booster pack. That is it. There are some good cards that you can find in Shining Fates. However, as we stated before, there is nothing in here that is going to be especially powerful. This is because it would have completely messed up the game if there were.

That isn’t to say there is some value here, though. One of the main reasons why people opt to pick up Pokemon Shining Fates booster packs is due to the way in which the full-art trainer cards worked.  If you love your trainer cards, then Shining Fates produced some of the absolute best artwork around, which is always going to look fantastic when you have a Pokemon collection.

There are not that many major differences, though.

Which Shining Fates Cards Are Worth Money?

As you can probably guess, one of the most expensive cards that you can find in Shining Fates is a Charizard card. Specifically, it is the VMAX Charizard card. This one sells for about $180.

No other card comes even close to the value of the shining Charizard card. The next most expensive card is the VMAX Shining Suicune, which is only going to sell for around $30.

After this, you are looking at paying around $18 for a Skyla full art trainer card.

Do bear in mind that the price of these cards may go up ever so slightly as time goes on.

Pokemon Shining Fates is one of the rarer Pokemon expansions. This is because there is only a limited number of ways in which you can get your hands on the expansion.

There are not a huge number of rare cards in Pokemon Shining Fates. The main reason people try and get their hands on this expansion is because they want the VMAX Shining Charizard, a card that can easily sell for $180.

Pokemon Shining Fates can make a good investment product. However, this is under the assumption that you do not open the pack.