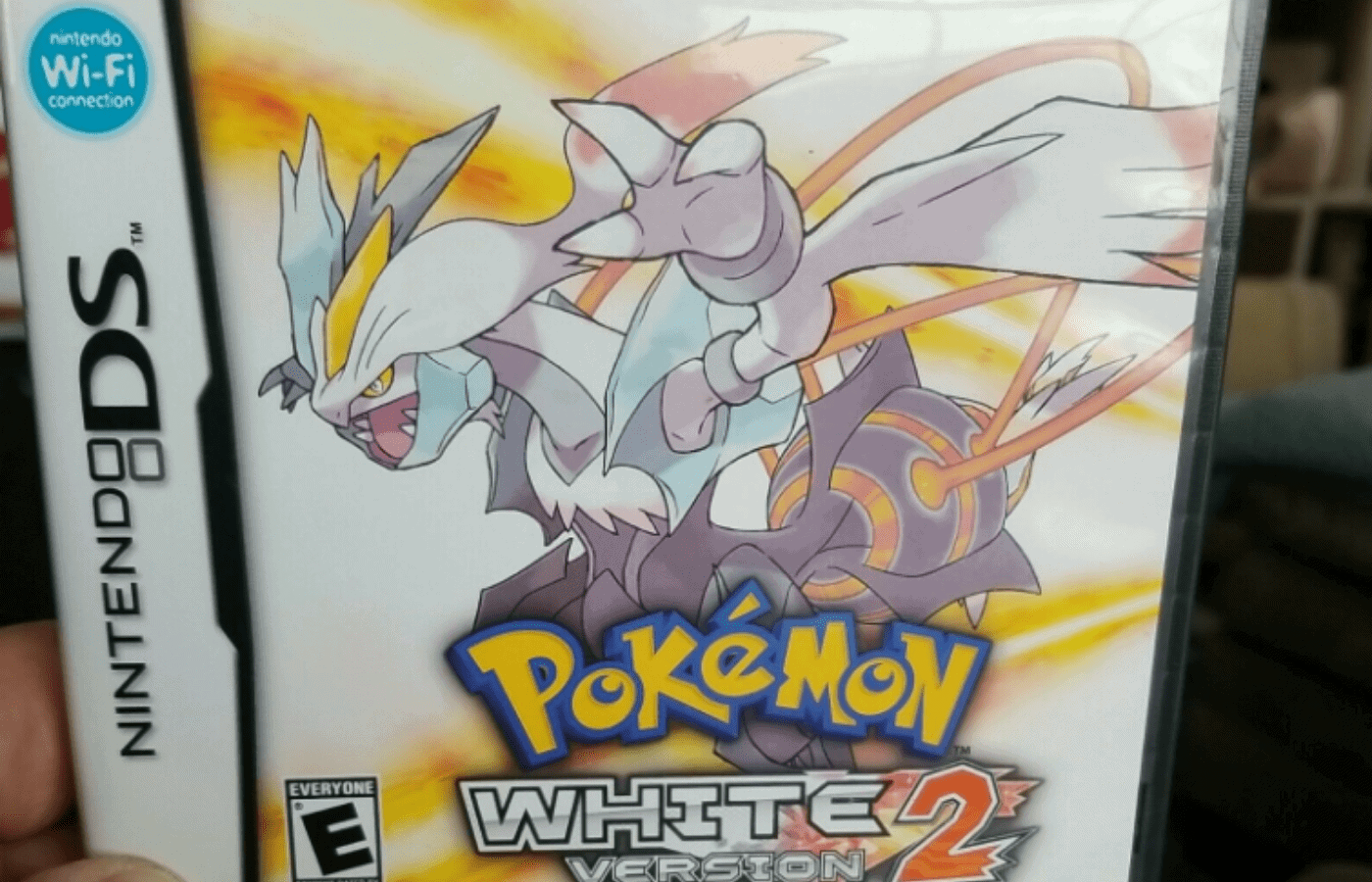 Pokemon White (and Black) were the first, and so far only, mainline Pokemon games to get a sequel. Because of this, a lot of people want the set. It doesn’t take long before people realize just how expensive they are, though. So, why is Pokemon White and White 2 so expensive?

It is because these games are desirable. A lot of people class them as some of the best games in the Pokemon series too. This only serves to make people want them a whole lot more. Unlike other games, they haven’t had a remake either. This means that if you want to play the story of these games, then you need to buy them.

Let’s go into a bit of depth on this, shall we?

Why Are Pokemon White and White 2 So Expensive?

Pokemon White and White 2 are expensive because of supply and demand. More people want the games than there are available on the market. This pushes the price up.

Because neither of these games have had a remake, the price hasn’t really come down. As far as we know, Nintendo isn’t really planning a remake of these games either. This means that it is unlikely that the price of the games is going to fall any time in the near future either.

How Much Does Pokemon White and White 2 Cost?

Pokemon White is currently retailing for between $70 and $100 if you go on eBay. You may have to pay a little bit more if you want the game boxed, but it shouldn’t be a massive increase in the price.

This is because the Nintendo DS was one of the first handheld generations where people were willing to save the cases for their games.

Pokemon White 2 is roughly the same price if you purchase the cartridge-only. This means that around $70, depending on when you buy it. However, there seems to be far fewer copies of the boxed version around. We wouldn’t be surprised if you are going to be paying somewhere around the $120+ mark for this version.

To check the current price and availability of Pokemon White and White 2, click here to view the selection on Amazon.

How Much Did Pokemon White and White 2 Cost When They Came Out?

Both Pokemon White and Pokemon White 2 launched for $34.99. The price never came down. This is part of the reason why the price of the games has continued to remain so high.

How Many Copies of Pokemon White and White 2 Were Made?

The problem here is that Nintendo does not really release full sales figures for their games. They will only give combined sales figures (i.e. with black and black 2 included)

What we can tell you, however, is that Pokemon White was one of the fastest-selling DS games in history. Along with black, it sold over 15-million copies. It is assumed that white sold roughly half these copies, so around 7.5-million.

White 2 sold far worse than Pokemon White. Combined with Black 2, the game only sold 7.5-million copies. This means that there are around 3-million copies of White 2 out there.

Obviously, not all of these games are going to be available in English. Although, it does appear as if the bulk of the versions that were released are out there in English.

How to Tell if Your Pokemon White and White 2 Are Real and Not Reproductions?

The problem with Nintendo DS Pokemon games is that they ditched a few of the features that would make it easy to tell whether you are dealing with a reproduction.

For example, Pokemon White and White 2 do not feature white cases. They have the typical black cartridge case. This makes it a bit easier for reproductions to be made. In addition to this, they use flash memory, which means that you can’t open the cartridge to check what is inside.

Still, it is incredibly rare that you are going to stumble across a fake copy of Pokemon White and White 2. You should still double check the game cartridge to make sure, though.

For example, we suggest that you always look at the sticker on the front of the cartridge. Compare this to a real version of the game. This should give you a rough idea as to whether the colors on the sticker are the same, as well as the fonts.

If you look on the back of the cartridge, there should be the Nintendo logo. This should be pressed ever so slightly into the plastic on the case. It shouldn’t be too deep, though. If the text on the cartridge is deep, then you know that you have a fake.

The original versions of the game will have had the patent number for the game inked into the back of the cartridge. However, because this was ink, a lot of it has worn off. This means that it is no longer going to be a good indicator as to whether you have a real copy of Pokemon White or Pokemon White 2.

Apart from this, all you can really do is hope for the best. If you are buying from eBay and are using a reputable seller (i.e. those with good feedback), then you can be sure that you are getting a game that is real. These games really are not going to be reproductions that often.

Is Pokemon White and White 2 Worth The Cost?

Pokemon White and Pokemon White 2 are both brilliant games. We are not going to deny that. They are some of the best Pokemon games around. The problem is that they are going to cost around $200 if you want the both of them. This is going to be expensive for most people.

In our opinion, if you do want to play the games, then you are best emulating them. We know that this is not strictly above board. However, $200 is just way too expensive for old games, no matter how great they are.

They should be OK for collecting purposes, though. They will go up in price. However, do bear in mind that since Pokemon White and White 2 do not currently have a remake, there is always a chance that the price will fall temporarily when that happens.

However, if older Pokemon games can be gone by, the price reduction shouldn’t be too much. It will always go back up in price too.

Of course, if you do have the money to spend on the games, then we can’t think of a greater set of Pokemon games that it is worth spending your money on!

Pokemon White and Pokemon White 2 are so expensive because people really want these games. They are classed as some of the best Pokemon games ever made, and people who missed out on them on the DS are now looking to buy them.

You can expect to pay around $70 to $100, depending on what condition you buy the game in. While there are not a lot of reproductions out there, you should always be wary before putting down this amount of cash.

These games are great, but some people may find that they are not worth spending the cash on.