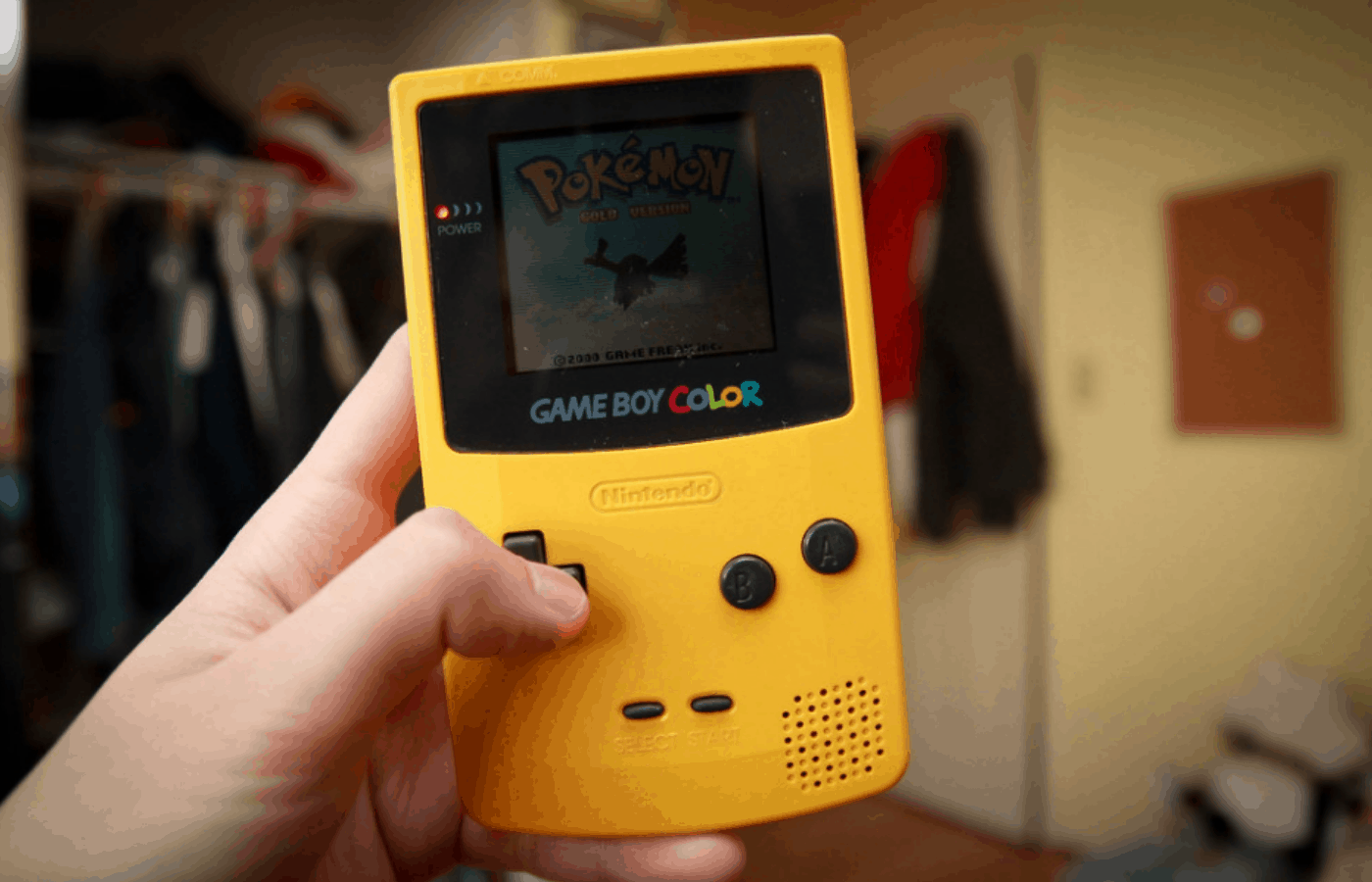 For any child of the 90s, for anyone born after the 2000s, and for anyone who just enjoys video games, we’ve all heard of Pokemon. The anime, the card game, the comics and manga, the many, many, many video games, it’s a worldwide phenomenon that will continue long after its original creators have passed away.

How famous is it? To put it in perspective, it is known as the highest-grossing franchise of all time. Beyond any movie, beyond even media giants like Disney or corporate CEOs like Jeff Bezos, Pokemon is one, if not the most famous pieces of media entertainment out there, and is loved by people the world over. Japan, the U.S, China, Europe, and more!

Pokemon, or, as it was known at the early prototype stage, Pocket Monsters, was developed by the Nintendo company, the same people who made Mario. Its video games are known for their many variations, from Pokemon Colosseum, Pokemon Snap, the mobile game Pokemon GO, and Pokemon Tekken. But, the truest start of the franchise came from the humble GBA, with Pokemon Red/Blue. And to celebrate the franchise, here are the best 11 games from the Game Boy Advance and Gameboy Color Era.

Pokemon Emerald, the third generation of Pokemon, is one of three versions, the others being Pokemon Sapphire, with the legendary Kyorge, and Pokemon Ruby, with the fearsome Groudon, on the covers. Pokemon Emerald has the powerful Rayquzaya on it, and all three make up the weather trio found in each game.

The third generation of Pokemon Games took players to the Hoenn region, where players were once again tasked to become the greatest pokemon master of them all. By going to different gyms and defeating their leaders to earn their respective badges, players would see all of the Hoenn region’s sights, sounds, pokemon hiding in tall grass, and more!

But, the evil team Magma/Aqua, depending on the version, and if Emerald is the currently used game, then both, is planning to unseal one of the legendary pokemon. If released, then they will flood the world, it set it ablaze. It’s up to the player to face this dastardly team on their own.

The newest features in this game allow the player to surf among the waves if they have a big enough pokemon that can swim, go fishing, ride a bike, and hop into beds, chairs, and benches if you want to take some time off to relax.

With over 360 Pokemon roaming around though, do you want to? It’s a big, big world out there, and you might as well have some fun.

While originally a game for the Nintendo DS, Fire-Red and Leaf Green are in fact remakes of the very first pokemon game. Pokemon Fire-Red and Leaf-Green take the player back to the very first starting region of Pokemon, the Kanto Region. There, once again players will be tasked by Professor Oak to find and capture all of the pokemon.

All 180 of them, and more! But now, the player will also have to contend with the dastardly Team Rocket! And unlike the show, these guys are a bit more dangerous, though still fun to play with.

Collect Gym badges from the gyms scattered throughout the land, from fire to water, earth to electric, and more!

Like the original, you can explore pretty much anywhere from the getgo, but powerful pokemon lie in the tall grass, and you may find your path blocked by a wooden fence. But, go get some pokemon, train them up, and you’ll find the sky’s the limit! Mostly because if you teach a pokemon fly, then you can quite literally take to the air and start flying around.

But, just like in the first game, there’s something else going on behind the works, Team Rocket may be goofy from time to time, but there’s a reason they stayed in power for so long. But, you’ve got your pokemon at your side, and like the song says: You wanna be the very best like no one ever was. You will travel across the land, to train them is your cause. To teach Pokemon to understand, the power that’s inside!

That song is now stuck in your head, and I’m not apologizing.

Also, the reason why Leaf-Green was the new title for the remaster was because Pokemon Green was its name in Japan, while the U.S version was called Blue, and that’s why the remastered game has Leaf-Green as a title instead.

We recommend this Gameboy Advance Pokemon 5 Game Pack to get the most nostalgia for the best price.

Now, I know that technically, this is just a version of the same game, but who wouldn’t want a Pikachu following them around, just like in the show? Pokemon Yellow for the Gameboy Color stars both you and an electric mouse called Pikachu, and as a bonus, the trio of Jessie, James, and Meowth appear as well!

Taking a lot of source material from the show, that of the first few seasons of Pokemon, such as other gym leaders having teams that reflect what they had in the show. To put it simply this version is a love letter to the first seasons of the Pokemon cartoon, and if you’ve ever wanted a Pikachu of your own, wanted to be Ash Ketchem, or just liked the color yellow, then Pokemon Yellow is the game for you.

Pokemon Yellow harkens back to many a gamer’s childhoods, and while it may be old, the nostalgia factor cannot be overlooked, and it’s just different enough to warrant its slot on this list. Plus, unlike Leaf-Green and Fire-Red, it was made before the turn of the 2000s, meaning that it lacks more of the fancier features that the remakes possess. If those looking for a classic and don’t care about the remasters, this game is for you.

I know that the remastered versions, and Pokemon Yellow, are on this list, but the original Gameboy Color Pokemon versions deserve their spots as well. Pokemon Red and Blue are the starts of the Pokemon franchise, and as such, are the reason why the series is as popular as it is. Without them, then there wouldn’t be a card game, anime, movies, comics, or manga.

Pokemon Red and Blue star the player with a simple task given to them by professor oak. Travel around the Kanto region and collect, record, and capture 180 pokemon while collecting Gym badges from various leaders. Unlike the remaster though, there are no fancy features to see you through, for the first game in the series, you’re going to have to rely on your wits and skills to see the game through.

Like the other entries on this list, you don’t have to go it alone. Choose from one of three starter pokemon, Charmander, Bulbasaur, Squirtle, and set out on your journey to be a Pokemon Master! There are over 180 Pokemon to find, and some, like the elusive Mewtwo, the game’s greatest pokemon, require you to do some heavy lifting before you can capture them.

However, Team Rocket is making trouble, and unlike the anime, they’re lead by the powerful and dogmatic Giovanni, the man who created the fearsome Mewtwo, to begin with. If you want to beat the Pokemon Leagues and earn the title of Pokemon Master, then you better bring your A-game to the battle, because he will hold nothing back.

But, above all else, don’t forget what it means to be a Pokemon Master. The reason why this game kicked off the Pokemon Franchise was this: Your pokemon are your friends, and every one of them can carry you to the end if you raise them right.

If there was ever a sequel that shook the foundations of the gaming world, this was it.

Taking place in the Johto region of the Pokemon World, the player is once again given the task of setting out on their journey to become a Pokemon Master. The sequel to Pokemon Red and Blue introduced all-new features that became staples of the later games, such as breeding, day/night cycles, the ability to choose your character’s gender, special poke balls such as the Master Ball, rematches with old trainers, and more!

The plot of the game is the same as the others, but this time, you’re charged to defeat the Elite Four, the greatest of Pokemon Masters in the Johto region, and each come with their team setup that will require preparation in order to beat.

But, even more than that, once you beat the Elite Four and claim your place in history as a Pokemon Master, there’s one last challenge to beat.

In a move that stunned gamers and critics the world over, once you beat the game, there’s a new region to explore.

It’s not small, it’s not a tacky add-on.

It’s the Kanto Region of Pokemon Red and Blue in its entirety, and all of its challenges are there and waiting for you. All of the gyms, all of the pokemon hiding in the grass, the ocean, and more.

And the person waiting for you atop Mt. Silver Cave, and you’d better be prepared to face a foe unlike any before him.

Pokemon GBA games are the reason why Pokemon is such a longstanding series, and are sought after by many game collectors and fans. From the beginning with Pokemon Red, Blue, and Yellow, people who played the games all knew they were enjoying something special that will last probably throughout human history.

A belief reinforced with Pokemon Gold, Silver, and Crystal, which particularly reinvented the Pokemon wheel and gave the series its flagship entry. And when Pokemon Ruby/Sapphire came out, to say that everyone on planet Earth had at least heard of Pokemon at one point would not be an embellishment.

And finally, with the release of Pokemon Fire-Red and Leaf-Green, people who loved the originals finally got to play them again with the updated features and graphics. Pokemon on the GameBoy and GameBoy Advance are the starting blocks of the franchise, and for any veteran gamer, are pieces to be remembered and enjoyed whenever given the chance.