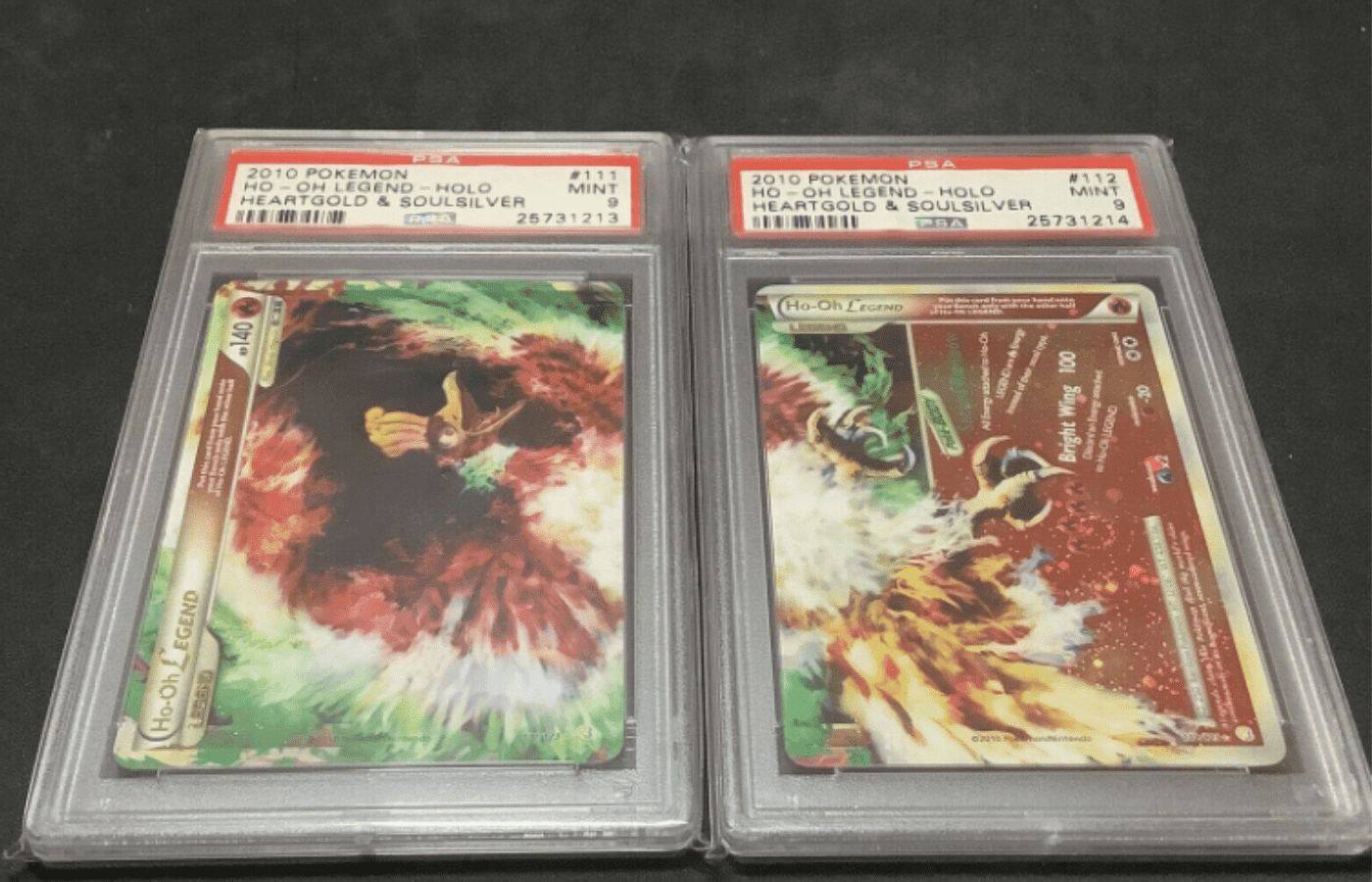 While they have long since been removed from the Pokemon Trading Card Game, many people love the idea of legendary Pokemon cards. So, on this page, we figured we would talk a little bit about how to get your hands on them.

So, how do you get legendary Pokemon cards? Well, these Pokemon cards were only included in the HeartGold and SoulSilver expansion packs that came out back in 2010. This means the only way to buy them nowadays is either as singles or by purchasing a booster pack that they appear in.

Let’s tell you a little bit more about how to source these cards and how to tell whether a Pokemon card is legendary.

How Do You Get Pokemon Legendary Cards?

If you have played the Pokemon games or watched the anime, then you will know that there are some Pokemon that are classed as legendary. These are Pokemon that are so rare people think they are a myth. In some cases, only one of each legendary Pokemon exists e.g. Mewtwo or any of the legendary birds.

When we talk about Legendary Pokemon in the context of the card game, we are talking about specific cards that were specifically labeled as Legendary. After all, many of the legendary Pokemon appear in each set. For example, you should have no issues finding a Moltres in a standard Pokemon card set.

Pokemon legendary cards only ever appeared in these expansions:

The thing is that the Pokemon game was going through a little bit of a downturn at this time, although it is now more popular than ever. This means that finding Pokemon Legendary cards can be somewhat difficult since not many were purchased.

At the moment, if you have your eye on a specific Pokemon Legendary card, then we suggest that you purchase it individually. You could open booster packs that contain Legendary cards, but they were so rare that you would have to spend a lot of cash to get one.

You can pick up singles from most trading card selling websites, or you can check out sites like eBay.

How Do You Tell if a Pokemon Card Is Legendary?

Once again, we are putting aside the fact that some Pokemon are classed as legendary in the Pokemon Mythos. We are talking specifically about Pokemon trading cards in the context of the game here.

All of the cards that were classed as Legendary in the set would have had ‘Legend’ written next to the name at the top.

How Do Legendary Pokemon Cards Work?

The reason why legendary Pokemon cards never made their way outside of the sets listed above is due to the unique way in which they work. It would have been incredibly tough to fit them into the rest of the game. Like most unique Pokemon card types, they were eventually discontinued from the game.

The interesting thing about legendary Pokemon cards is that they are not just one card, but two cards. Because they are so powerful, you will actually need both parts of the card before you can place them onto your bench. However, you will be able to play both cards at the same time. If you only have one half of the card, it is not playable in the game.

Of course, since it is rare that you are able to play the Pokemon (as you need both parts), they tend to have incredibly powerful attacks that can turn the tide of the game. For example, some of these legendary cards can do upwards of 1000 damage just from four energy cards!

If you have a legendary Pokemon, you can play them at any point in the game EXCEPT during your first draw.

What Are Some Legendary Pokemon Cards?

As these Pokemon were released in a Heart Gold and Soul Silver set, the main legend cards are closely tied to the legendary Pokemon from those two games e.g. Ho-Oh and Luiga.

The rest of the Legend cards that were released were dual Legendary legendary cards, similar to the recent Tag Team Pokemon cards. This included:

What Is the Best Legendary Pokemon Card?

The thing with these Legendary Pokemon cards is that they can no longer be played in the standard version of the game. As a result, none of the cards hold that much power. However, if you are playing around the kitchen table with your friends and they agree that you can use them, then these cards can be awesome.

We want to walk you through some of our favorites.

Ho-Oh is, of course, a fire Pokemon. However, this is a Pokemon that can be included in any deck. This is because it can convert any energy type of fire energy. With 4 energy cards attached to Ho-Oh, it can let out a devastating 100 damage attack.

This combo can do a whopping 80 damage to any of your opponent’s benched Pokemon. This can nullify your opponent rather quickly.

It can also do 80 damage to your opponent’s active Pokemon. it will always leave behind the burned status effect.

Use this Legendary Pokemon card, and you will be able to gain 1 extra prize card each time you knock out your opponent’s Pokemon using it. You will likely be gaining a lot of extra prize cards too. it does a devastating 150 damage!

Legendary Pokemon cards are no longer produced for the Pokemon Trading Card Game. They were briefly produced in 2010 to 2011.

If you want a Legendary Pokemon card, look for any Pokemon labeled as ‘Legend’ from the HeartGold ; SoulSilver expansion block. Although, do bear in mind that you will need to purchase both halves of the card.

You will not be able to use these Pokemon in official Pokemon tournaments.