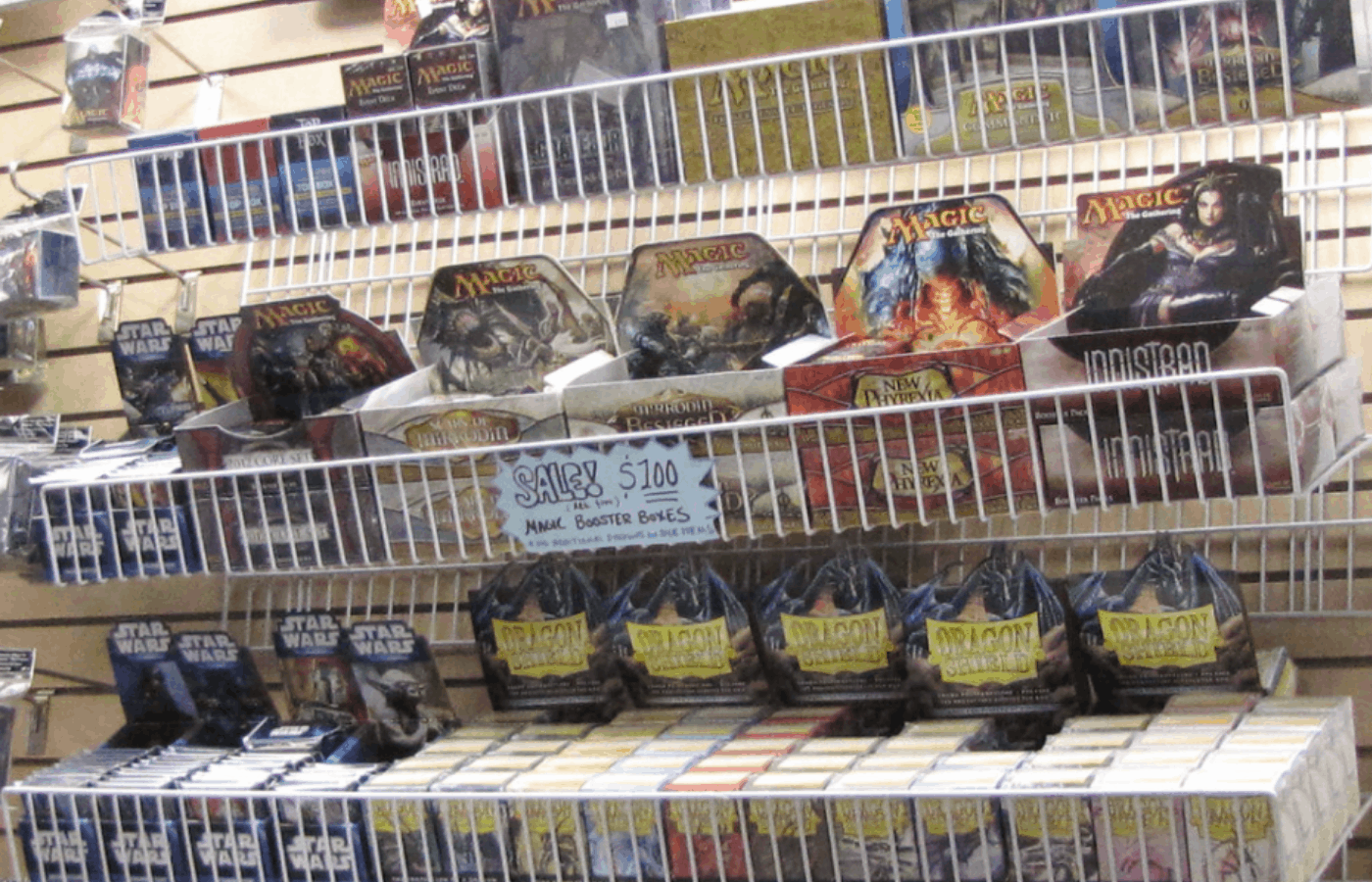 In the game of Magic: The Gathering, boosters are essential and often game stores will sell them in boxes or packs. Most experienced players don’t need a booster box and wouldn’t see any value for their money from buying one. However, they may be worth it for new players to build up their collection.

Whether you need them or not, many MTG players find joy in opening up a booster box/pack. They get to open up a pack with many of the best MTG collectables and can even score rare editions. However, even though you may get a bunch of really cool cards, it’s very unlikely that you will get the ones you need to build a competitive deck.

It’s very important in MTG to have 4 good boosters and most booster boxes don’t come with the card selection to get 4 that you need. This isn’t meant to completely discard booster boxes, as new players could find a couple of strong cards in there to build up their collection with.

How Do You Store Booster Boxes?

Booster boxes are full of really cool collectibles, even if they don’t build up your strong playing cards. In the case that you have rare or vintage booster cards, you will want to store them properly to preserve their value. If you live in an area where the climate is consistent, they should be fine in an airtight container.

However, if you live in a zone where the climate changes or it is more humid, then you will need to be more cautious about how you store the cards. You should continue to store them in an airtight container, however, you should also wrap any cards that are no longer sealed in bubble wrap.

It’s a good idea to air the container out often, but to ensure the cards stay in mint condition you should place silica gel in the container as well because it will absorb any extra moisture and keep your booster boxes dry.

Which MTG Booster Pack Is the Best?

While there are some pretty great booster packs available, currently the best one to buy is the Commander Legends. It is a combination of both Draft and Commander boosters. This is the ideal box for 8 players because each pack player will get 3 packs in a draft since the Commander Legends box comes with 24 packs.

Players can expect thicker packs with Commander Legends than previous booster packs because this one includes:

One of the best parts about this booster pack set is that it allows players to draft 60 cards, when other sets only allow 45.

To check the current price and availability of the Commander Legends Booster Box, click here to view it on Amazon.

Are Set Boosters Worth It?

Many MTG players believe that set boosters are worth it. Not only do they add an extra dash of excitement to the game, but they also are very valuable for the money. When players buy many different boost packs or boxes throughout the years they will open up a lot of cards that they never use.

While booster packs are a great way for new players to build up their collection, the more seasoned MTG players want something more tailored to their gameplay. This is why many MTG players prefer the set boosters. Instead of receiving cards they won’t use, players will get boosters that are custom-tailored to be broken down into sections. This way players get cards that are more valuable to their collection.

Players are able to find more valuable rares and uncommons in their set boosters. It’s always exciting to open a new set, especially when there could be a valuable MTG treasure in there. Opening up a new set booster pack is always a treat for MTG players because there’s the chance they could get 3 rares in the same pack.

Set boosters are a great choice for MTG players who are wanting to collect more cards, but don’t want to receive as many commons.

Is It Better to Buy Set Boosters or Draft Boosters?

Drafting boosters actually don’t hold any value. They aren’t worthless though because many players have a lot of fun drafting and they can get a good day’s play out of a pack of draft boosters. While set boosters have more long-term value to them, draft boosters are great for a fun game.

The one downfall about the draft boosters is the amount of commons. These are really only good for new players who need to build up their collections. For more seasoned players, the odds of finding a specific rare or uncommon in their draft booster won’t be as likely as they are with the set boosters.

However, there are certain things you need to take into consideration in order to make money from booster boxes. One of the most important things is that you act fast. These cards are a lot more valuable when a collection is new, or very old (vintage).

This is because there is always a lot of demand for new MTG cards when a collection is first released. If the booster has already peaked by the time you attempt to sell it, you may not have as much luck. You will have a better chance of finding a player who’s willing to pay a premium price early on.

What Are the Best Magic: The Gathering Booster Boxes to Buy?

To check the current price and availability of Magic the Gathering Booster Boxes, click here to view them on Amazon.

Should I Keep Sealed Booster Boxes?

If you find an older sealed booster box you may be tempted to open it, but it’s not the best idea. Older booster boxes won’t provide you much help in a game today. While your curiosity may have the better of you, you will likely be highly disappointed if you open up a sealed booster box. However, some players open them to have fun getting an old draft going.

Every Magic: The Gathering player has a collection of cards that they need for the game. Certain cards can be obtained to build the strength of their collection. Many seasoned players don’t believe booster boxes are worth it because they end up with too many common cards, which they don’t end up using. Unless they sell the cards quick enough, they won’t be valuable.

Most players who have been in the game for many years prefer to buy singles to get the exact cards they want. However, when they are in the mood to up their collection, they are more likely to buy set boosters over draft boosters. This way they will be more likely to find rares and uncommons for their collections. Unfortunately, drafting boosters have too many commons.

However, this doesn’t mean booster packs/boxes are a waste of money. They are very useful to new players who need to build up their collection. They are also a lot of fun for any player who wants to open up a new set and see what surprises are waiting for them. After all, you never know what exciting rare you could find in the next box set.