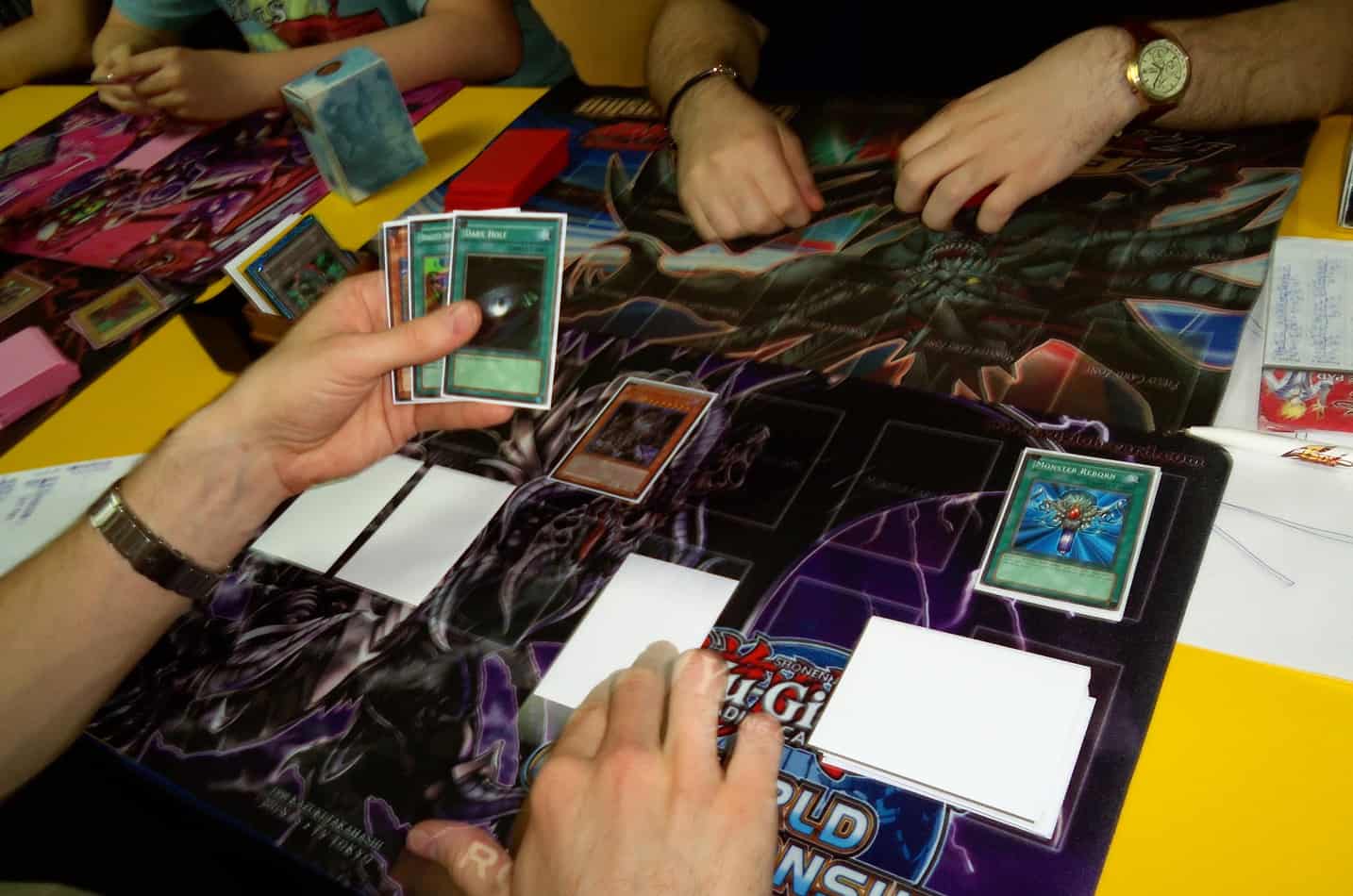 We’ve all had that one rare Yu-Gi-Oh card that we accidentally bent or damaged. Hopefully it wasn’t one of the most expensive cards in your deck. If you are deciding on going to your first Yu-Gi-Oh Tournament, or just don’t know the rules about cards very well, you may be asking yourself this question.

The face of the card must also be legible enough so that you don’t have to second guess what the card it is. In the end, it boils down to the head judge at the event. If they deem your card too damaged to play, then you may become disqualified.

For more detailed information about any and all card alterations, you can check out the official tournament policy. This policy goes over all the card alterations including decorating.

What Is a Marked Card?

A marked card is any card in your deck that can be recognized or distinguished from the other cards among your deck without seeing the front of the card. This makes your card recognizable when it is face down is deemed as having an advantage over your opponent.

Marked cards can come in many different forms whether it was on purpose or on accident. You may currently have a marked card in your deck and not even know it. It’s best to do your due diligence and check all your cards and sleeves before proceeding into a tournament style setting.

Conditions that May Consider a Card as Marked

Some conditions of a marked card include, but are not limited to, bends, creases, tears, discoloration, card or sleeve thickness, texture, watermarks, and any other physically or visually impairing effects that can distinguish this card from the rest in your deck. Your cards don’t have to be in mint condition, but they must be in decent enough condition to not alter you chances of winning in any way.

If you are using card sleeves during a tournament, it’s best to make sure you have a set of new sleeves on your cards so that none of your cards may be deemed as marked. White sleeves in particular get dirtier than other colors and is something to keep in mind when going to a tournament.

Remember, it is the head judge that determines if your sleeves are or cards are considered marked. If they deem so, then you will be required to re-sleeve your deck or you will have to forfeit your following match to your opponent.

When Is a Yu-Gi-Oh Card Considered Unplayable?

All of the following rules apply to all of the cards in your deck including, your main, side, and extra decks. A Yu-Gi-Oh card is considered unplayable when:

Can You Use Foreign Language Cards in a Yu-Gi-Oh Tournament?

Yes. TCG cards that are printed in English, German, French, Portuguese, Italian, or Spanish are legal for play in Official Tournaments within all of the TCG territories. If you want to use a foreign language card, you must be able to show and prove that this card was printed for the TCG and not the OCG.

If you plan on using a card in another language, you must have a local-language version of the card ready in a deck nearby for an accurate card translation if asked by an official or opponent. There are so many Yu-Gi-Oh cards in the collection, and if your opponent has no idea what your card does, they will need verification that the card does what you say it does.

Damaged cards can be used in a Yu-Gi-Oh tournament without issues depending on the severity of the damage. If you are worried that you may be called out for having a damaged card, then I would highly suggest getting replacement cards to the ones that are noticeably damaged.

On the other hand, you can take the initiative and actively have a judge check all the cards you have in question so you can get a clear cut answer if your cards are good. In the end, it is the judge’s decision at the event whether or not your cards are considered playable.