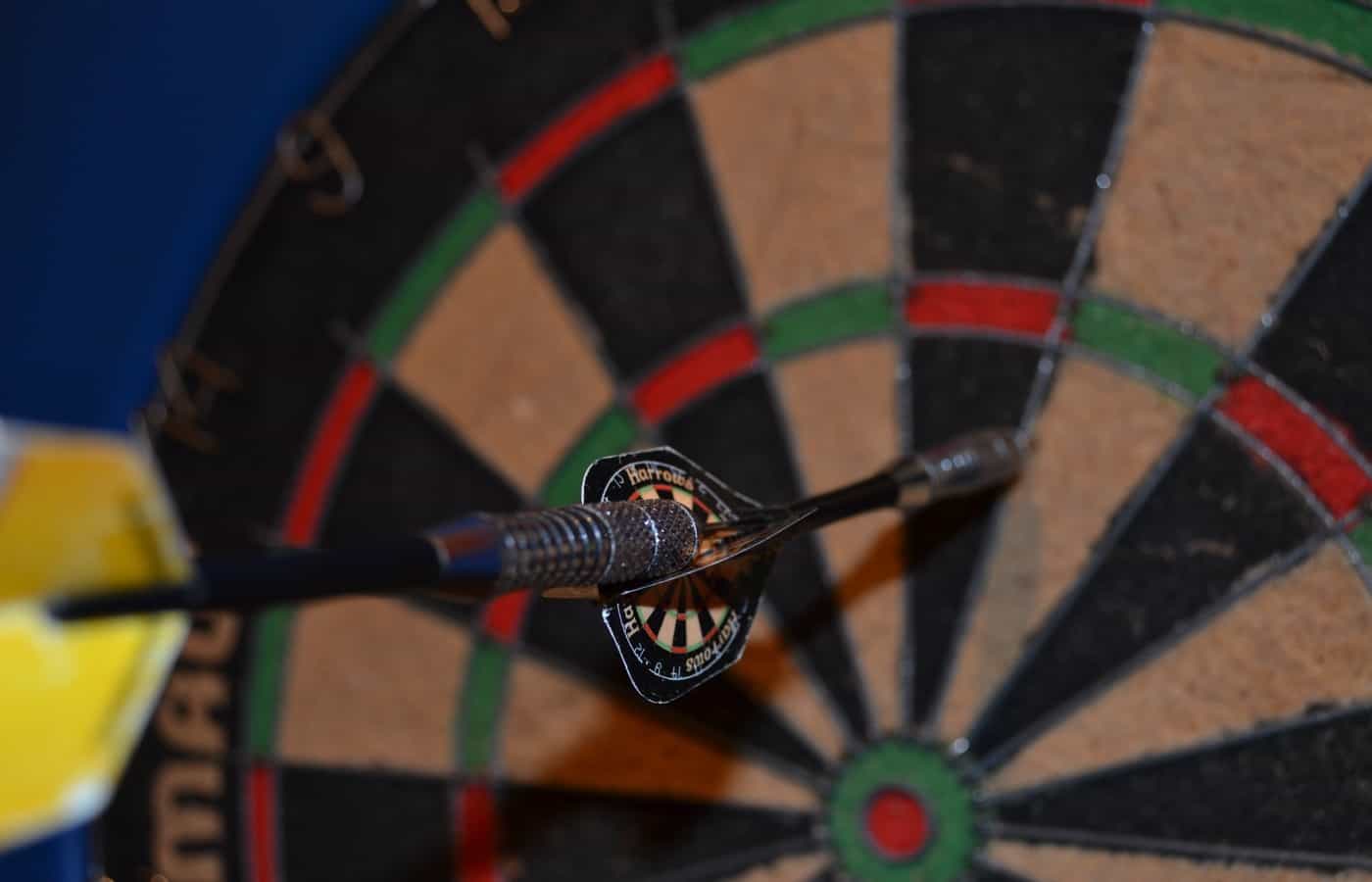 Darts is a simple game to play, but difficult to master. When learning how to play darts, you will encounter a number of different scenarios that will have you wondering if there is a rule for that. One common question is, does a dart count if it falls out?

The short answer is no. A dart needs to demonstrate that it sticks into a board properly in order to count as a score in a normal game of darts. If your dart falls out of the board before it is counted by a scorekeeper or is collected by a player, then it does not count. A players turn should be scored as soon as the third dart strikes the board, but if it falls out immediately afterwards it might be discounted.

Not only does a dart not count if it falls out of the dartboard, but the dart is not able to be rethrown to actually achieve a score with it. Interestingly, this rule also applies to any darts that are knocked out of the board after they have been thrown into the board. So, bear in mind that even if you initially hit and stick a dart in the board, there are several different ways it can be discounted!

How Long Does a Dart Need to Stay in the Board to Count?

In order to score a point, your dart has to stay inside the board until it is counted by a scorekeeper or other officiator, or until it is collected by the players.

Nevertheless, it needs to be in the board at least until it is counted as a valid point by some official referee or agreed upon by the two players. There is no specific time frame for this, and usually darts are counted as soon as they strike the dartboard.

If you are playing in a tournament from the British Darts Organization you are able to appeal the decision of a Caller or Marker with regards to a discounting of your score. This must be done immediately after the dart is discounted, and play will be entirely stopped in the meantime while a decision is made.

Why Do My Darts Keep Bouncing Out?

While the concept of the sport may be simple, the intricacies of play are anything but. There are a few reasons why your dart might be bouncing out of the board once thrown, and a couple of ways to fix it!

The most common cause of a dart falling out of a bristle board is the points being too dull. This happens after repeated use of darts without proper sharpening or tip replacement.

This phenomenon is fairly common and is often considered one of the central causes of a losing streak within the game. A worker can only get so far when the tools of their trade are faulty – the same principle applies to darts players and their darts.

A bristle dartboard is made up of a selection of sisal fibers all placed together on a backboard. When a properly maintained dart hits a dartboard, it parts the sisal fibers, nestling itself between them in order to stick in the board.

When a dart’s tip is dulled, it can strike these sisal fibers, crushing and impacting them against the dartboard rather than parting them easily. This has two effects:

Bounce back and darts falling out also occur when these duller tips strike off the “spider” (the metal separating each section of the board). Properly sharpened dart points have a tapered, but slightly rounded end, so if they impact the spider they are more likely to slide the dart off the spider and into the correct position on the board.

How to Fix Dull Tips

You can remedy this issue by properly sharpening your darts. This will mean the dart is more likely to properly pierce the dartboard and not fall out afterwards – decreasing the number of discounted darts you will then waste.

There are options for both replacing your dart tips with new, properly sharpened points, or doing it yourself with a cylindrical stone dart sharpener. Either of these will work and will make your dart game much better, and stop you losing those points when the darts fall out!

We recommend using a cylinder shaped dart sharpener like this one from Amazon. It’s small, portable, and very effective. Sharpen the tip of your dart until it is slightly rounded. You don’t want to make the common mistake of make the tip too point or too dull.

In essence, a dart that falls out prematurely to being scored does not count. All three of your darts must be on the dartboard when accounted for by a scorekeeper or judge.

There are many rules in the game of darts. Staying behind the oche, throwing one dart at a time with reason, and how darts are scored are just a few out of many rules there are to learn.

The best way to make sure all your darts count is keeping your dart tips properly sharpened. A dart tip is sharpened perfectly when it isn’t too sharp, or too dull. The tip should be slightly rounded to help prevent bounce outs and to have a higher chance of staying on the dartboard.