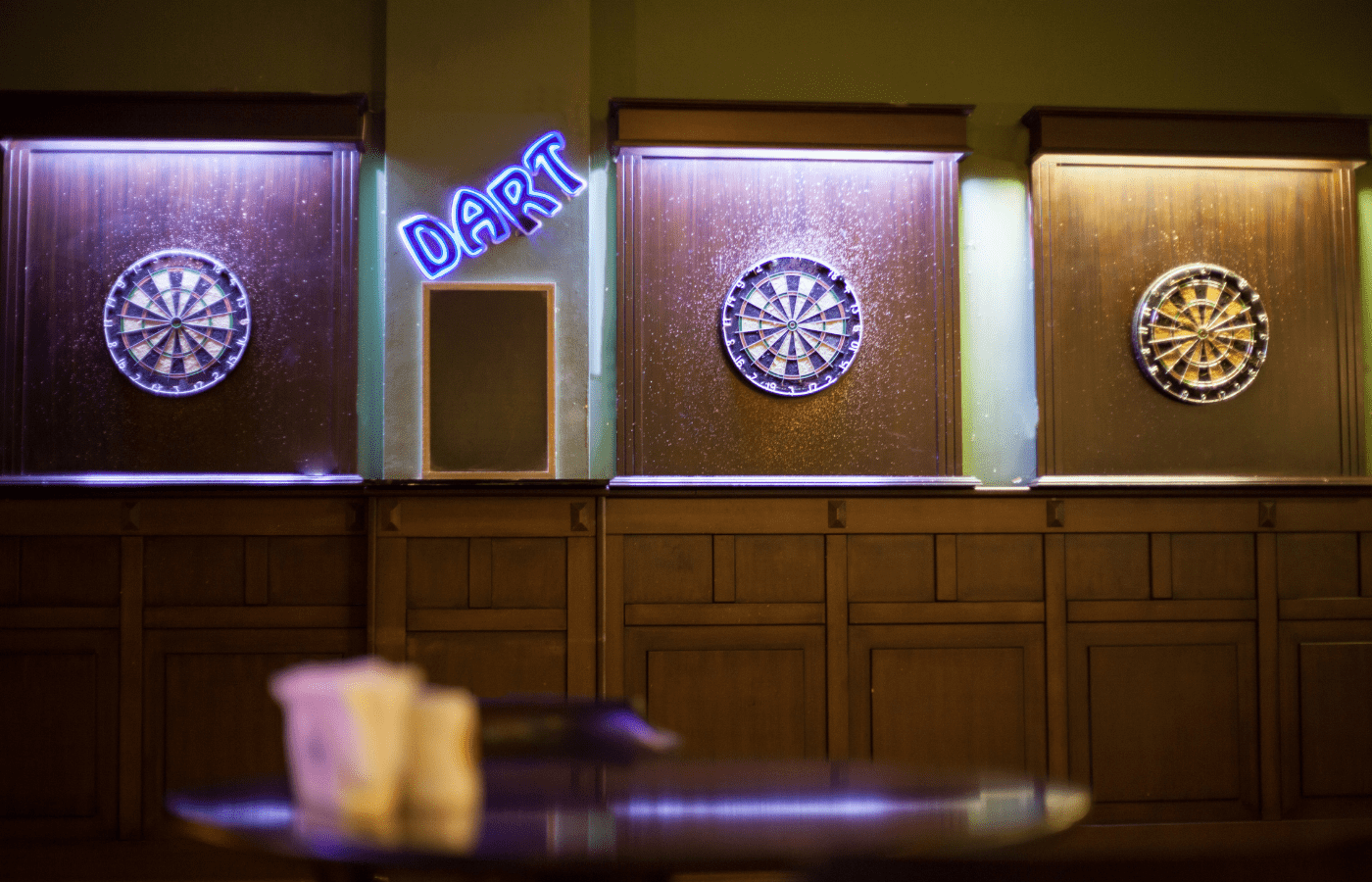 Timing of an entire match isn’t built into the official rules of darts. The fact of the matter is, there is no set time limit for a darts match between two or more people. While there is a set number of legs (sets) per match, which is much like a set in a tennis game. So, how long do darts matches last?

It’s safe to say that a best of 5 dart match can last anywhere between 20 to 40 minutes depending on the type of game and players. Consider: if a match is set to be a best-of-five match, that means the first one to win three legs at 500 points per leg, if competitors can finish each leg in 5-10 minutes, That match could be finished in 25-50 minutes. As you will find out from this article, because there is nothing about time in the rules, you can make each match as long (or short) as you want.

You can even choose to time matches in a way that fits your timeframe. Under the rules, a match in which each leg is won with 25 points will likely take less time than a match in which the winner must score 100 points per leg. Likewise, a game in which competitors play 11 games per leg will take longer than one where they play 5 games per leg. In short, since the rules don’t cover time, and no one seems to have created a database of match lengths, you have control.

Some Rules Can Make a Darts Match Longer or Shorter

There are many variable factors, including different sets of rules and even dartboards to factor into how long a match should take. For instance, every tournament operated by the PDA follows rules set up by the same body, the DRA, which can be found here.

Of course, even though the DRA has set rules, there are many versions of the sport of darts. There are also a wide range of dartboards, which indicates that rules are somewhat flexible. And there are no rules mandating times regarding the length of matches or tournaments.

However, the standard height from floor to bullseye on a standard dartboard is 5 feet, 8 inches, with the toe line (the distance from the front of the board to where each player should stand when throwing) should be 7 feet, 9 1/4 inches.

Is There a Time Limit to Throw Darts?

There are many rules within the game of darts, many of which are not widely known by players themselves, like a time limit to throw a dart. According to the American Darts Association, all darts must be thrown within a total of 3 minutes. No darts will be allowed to be thrown after 3 minutes have passed.

The Popular Game of 501 Can Take Time

The game most frequently played in tournaments, and by professionals, is 501. In the game of 501, the object is for the winner to be the first player to reach zero from the starting point of 501. For each turn, players throw three darts at a time, and they subtract the total score from those throws.

Typically a best of 5 legs is implemented into this game by default. You can expect a game of 501 to last anywhere from 20-40 minutes depending on the players and activities involved like drinking.

In some versions of the game, each player needs a “double start” to even get which means they have to hit a double to get started, in addition to the double at the finish. That could cause a match to take longer, if one or more players have difficulty making a double.

The fact that there are no specific time frames listed in the rules, and there isn’t a lot of data available regarding the average length of a darts match, can actually free a tournament planner or scheduler up quite a bit. A lack of specific standards means you control your own destiny.

Another very popular game is the game of 301. The 301 game is basically the same as the 501, except that players start with 301, which means it has the potential to make the game considerably shorter than the 501. That said, it depends on the number of legs (sets) you set to make that happen.

Games that are played in the legs format can be played in the “best of” format instead. That means, if you are planning an 11-game leg, a “best of” could conceivably be completed in 6 games, while a “best of 5” can be finished in 3. That could shorten each match and each round considerably.

There are many other games to choose from, so you have the option of choosing those that you think may be completed over a shorter time, if time is constrained.   Choose games that feature easier rules and/or fewer legs or sets. Follow the rules, but make them work for you.

The variations in the many games of darts that exist are among the primary reasons it is virtually impossible to precisely predict how long each match should last. The way one expert explained it, asking that question is like asking how long a piece of string is. It’s about how long or short you want to make it.

Of course, the converse of the rules not including time limits means it’s all up to you. With no proscribed timeframe in the rules of darts, so you have the power. You can determine the match format. For example, many tournaments simply choose a “best-of three” legs for the early rounds. In others, organizers will actually time some rounds.

You also get to choose how many rounds you have and which games you can choose for your tournament.  And you can also model your tournament after others and determine how long their tournament took to complete as a guide. In other words, it’s not necessary to know exactly how long each match will take.

If you are under strict time constraints, just remind yourself that you can choose any format, choose a shorter game, or you can even time games, and declare winners at the end of specific times that you choose. If this is your tournament, everything is up to you. You get to decide how much time each match can or should take.

A best of 5 dart match can last anywhere between 20 to 40 minutes depending on the type of game and players. To make a game shorter, you can play a different variation of a dart game.

For example, 301 will take significantly less time to complete than 501 due to the fact that you are starting at a lower score.

There are also other things to consider in a dart’s tournament like the players involved, the audience/setting, and whether or not drinking is involved. This can greatly affect the time it takes to finish a dart match.