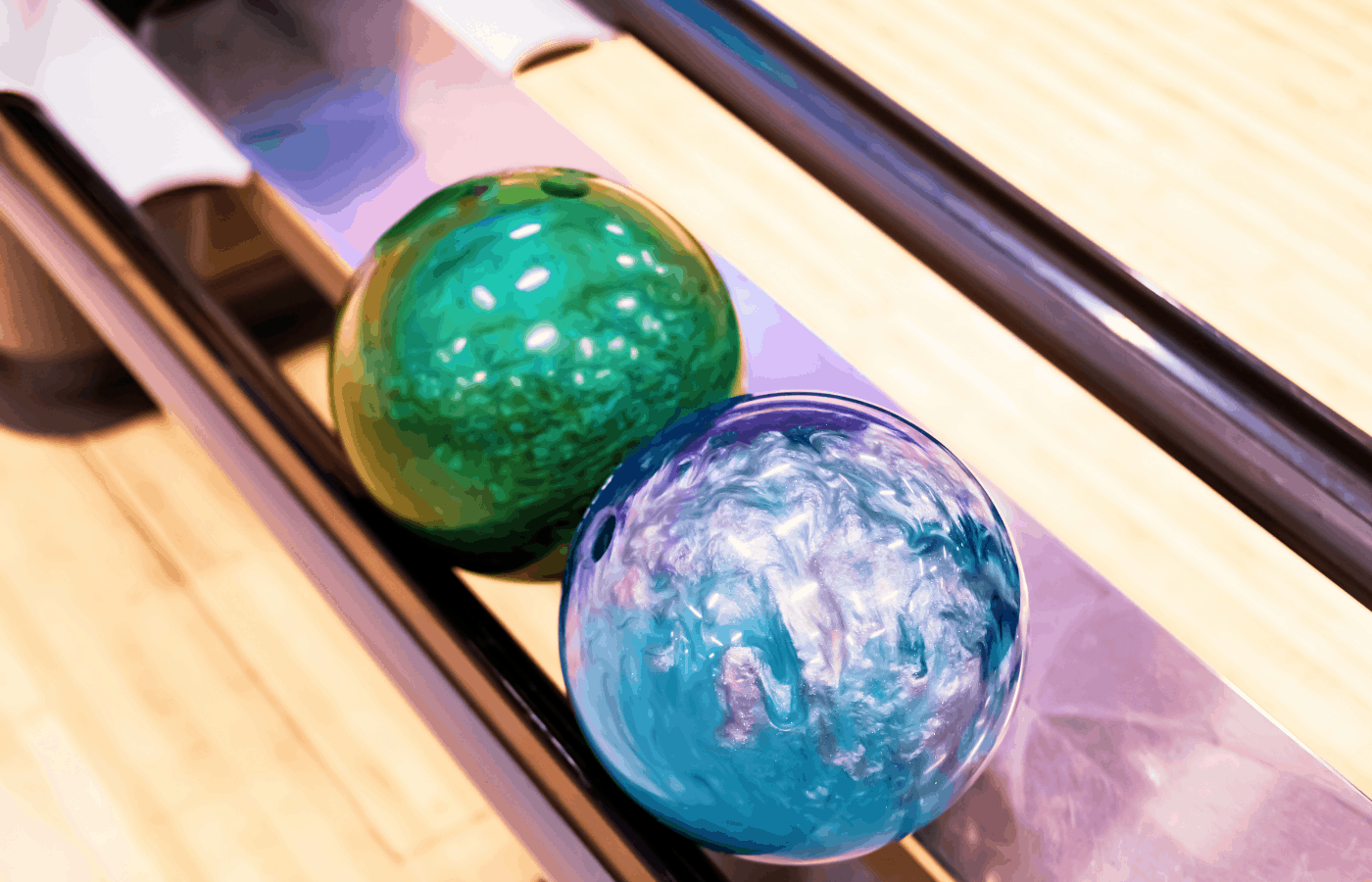 Often, if you watch a professional bowling match or even a league game, you will often see many bowlers haul in bags of balls. They seemingly pull a different one out for each situation. This does lead many people to wonder how many bowling balls you need.

You only need one bowling ball to bowl. However, this doesn’t necessarily mean that going in with one ball is the right choice. While you could play an entire game with one ball, you won’t be that effective. As a result, it is not uncommon for bowlers to have at least two balls once they start to bowl seriously. One ball will be designated for strikes, while the other ball will be fore spares.

Remember, there is no rule that limits the number of balls that you can use in a game. As long as the balls conform to the ball specifications laid out in the rules (weight, hole location, balance holes, etc.) then you could use a different ball on every shot, if you wish. Not ideal, because you would never understand any one ball enough to play properly, but it is possible.

We just want to focus on two of the main balls that you will need once you start to bowl properly here. You have strike balls and spare balls. Let’s take look, shall we?

Strike balls will have an ever so slight hook to them when you throw. This means that there will be a small curve in the way that the move on the lane. This is important because bowling lanes will be waxed.

If you are playing a league game, the bowling lanes will be waxed in a way that you can’t just throw the ball down the middle of the lane and get a strike. You may need to throw it ever so slightly to the left or right of the lane (depending on your positioning) and let it curve inward ever so slightly.

The best strike balls are those that a decent amount of hook potential. Most people will opt for reactive resin balls for their strike balls. You probably should do too. As with the spare balls that we discuss shortly, you may eventually end up with multiple strike balls so you can really adjust to the conditions of the lanes.

However, start with a well-sized reactive resin ball, and you should be covered for just about every eventuality.

Next up, you will need a spare ball.

If you are trying to get a spare (i.e. knock the last of the few pins over), then a strike ball won’t do. It has that hook on it. This means that it is going to be a bit more difficult to be precise in your shots. When you are throwing a spare, you don’t have time to predict how your strike ball is going to work for those particular pins. This means that you will probably miss it.

For spare balls, you need something that has a bit more precision on it. This generally means something that is not going to absorb the wax as it travels down the lane. This means that your spare balls should be plastic or urethane.

You will need to pay special attention to the core of the ball when you are purchasing spare balls. Ideally, as a beginner, you will want a ball that has a slightly heavier core.

This will provide you with a bit more control over your shots, although heavier balls travel slower which does give them more time to hook. Many people will opt for spare balls marketed as having symmetrical cores. You will have a lot more control when you go down that route.

Over time, the bulk of your ball collection is going to be focused on your spare balls. While you will eventually be happy with just a couple of strike balls, you will often need to have a collection of spare balls that you can use over the course of a game.

This way you are going to be prepared for every eventuality. This will help to take a lot of the guesswork out of your shots. If you can choose the right bowling balls, then you will be throwing spare after spare. You will be racking up those points!

Why Have Different Bowling Balls?

Contrary to popular belief, bowling isn’t just a case of throwing a ball straight down the center of a lane and hitting a strike every single time. That would be the dream. But things are not that easy.

In order to allow the ball to move down the length of the lane, the lane will have been waxed. The amount of wax on a bowling lane will change how the ball moves. The more wax, the straight the ball goes. The less wax, the more a ball will start to curve.

As you start bowling, you will notice that the way in which a ball changes over the course of a game. This is because the wax is being spread about the surface. This means that one area may start to become drier, while others become wetter.

The idea of having a different selection of balls means that you are always going to be able to cope with whatever the lane throws at you.

For example, some people will have balls that are capable of dealing with dryer conditions (they will have a smoother surface to compensate for the lack of wax), and others that are designed for wetter conditions where the player still needs to have a small amount of hooking in their shot.

If you are new to bowling, then you shouldn’t really worry too much about the balls that you should be taking along with you. You really do need just one or two balls to get started.

Once you understand the sport a little bit more, you can expand your ball collection and get fancier with those shots. For now, just get familiar with two balls and work from there.