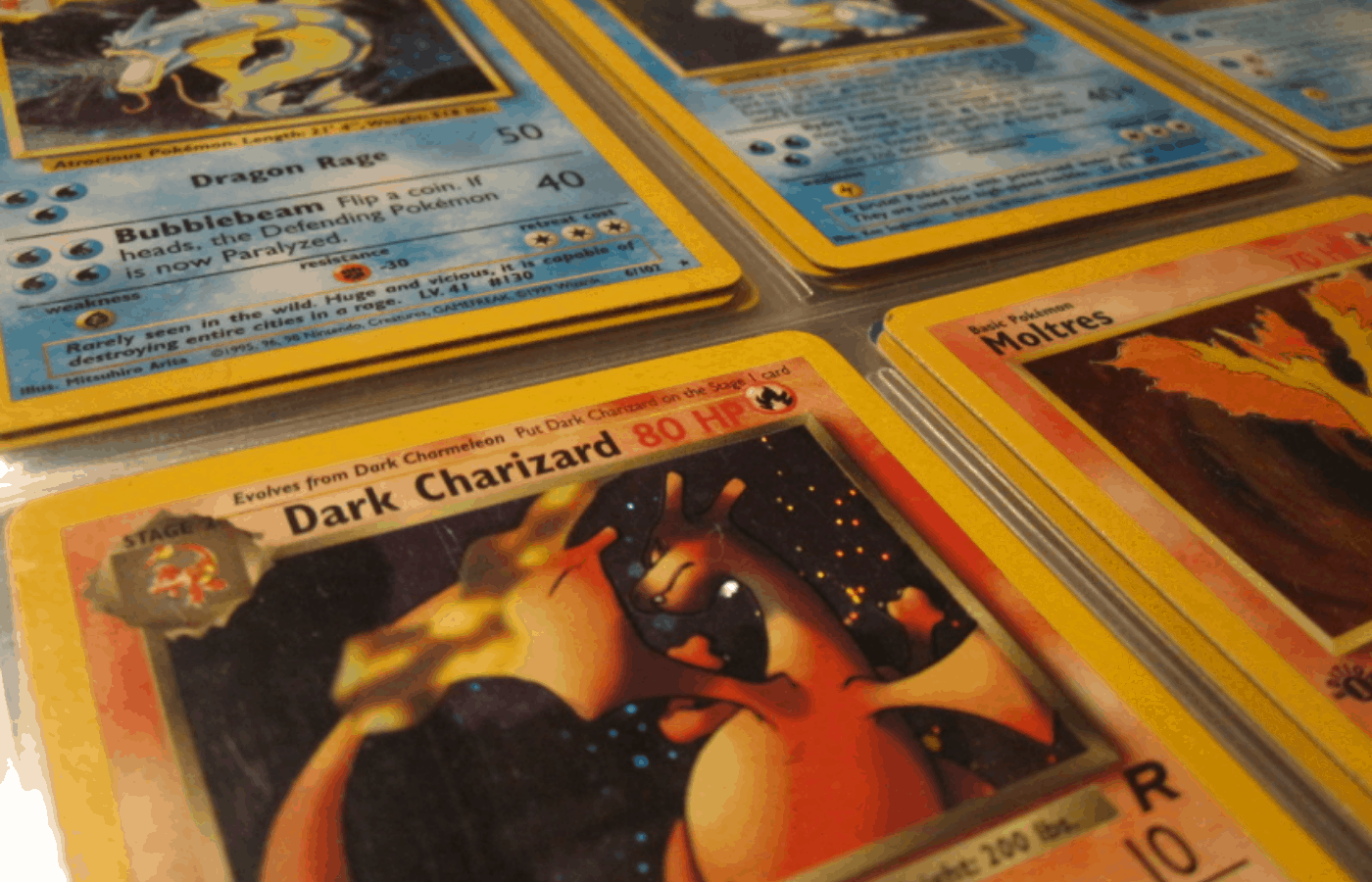 Holographic Pokemon cards are highly sought after, with many collectors spending a large amount of money in the chase for one. However, given the addition of the holographic design to the card, this means that they weigh ever so slightly more than the average pokemon card.

For this reason, many enthusiasts have taken to weighing packs of cards before purchasing them. They use the average of the weight to determine the chances of the pack contained a holographic card, as opposed to solely standard cards which can be lower in value.

How Many Ounces Is a Pokemon Card?

There is no exact weight for Pokemon cards. Their weight will depend primarily on whether or not the card is holographic as this will cause the card to be heavier due to the design.

However, a standard pokemon card will weigh anywhere between 0.059 ounces and 0.061 ounces. So, when accounting for a total pack weight it is important to remember that the weight of the total number of cards can vary by quite a large amount.

When it comes to holographic Pokemon cards they come up heavier than their standard counterparts. On average, they will weigh 0.067 ounces, making them slightly heavier and they hence increase the overall weight of a pack of Pokemon cards.

How Much Does 300 Pokemon Cards Weigh?

Yes, holo Pokemon cards do indeed weigh more than their standard card counterparts. This is due to the addition of a holographic layer on the top of the card which is not counteracted in weight by the removal of any other design features.

On average, a holographic Pokemon card will weigh 0.21g (0.007 ounces) more than a standard card. This is the reason why many collectors will weigh sealed packs of Pokemon cards before purchasing or even opening them. Weighing the pack will allow them to calculate the likelihood that there is a holographic card inside.

Typically, the heavier the pack is the more chance that there is a holo Pokemon card inside. However, given the weight difference between some of the standard cards, this is not always a guaranteed thing.

It may simply be that all of the standard cards are on the lower end of the weight spectrum and can account for the weight difference of a holographic card in the pack.

Alternatively, all of the standard cards in the pack may be on the higher end of the weight spectrum, tricking a collector into think that there is a holo Pokemon card in what is simply a pack of standard cards.

Weighing Pokemon cards is not illegal, but it is frowned upon by many collectors. Essentially, many people believe that it takes all of the fun, joy, and surprise out of sealed packs as you may unknowingly have purchased a very lucrative and sought-after card.

If you are trying to weigh Pokémon cards we recommend using a scale like this one, which can be found on Amazon, since it is pocket sized and weighs in .00g.

However, before you begin weighing all of the packs in a shop, many consider it best practice (and just good manners) to ask the store owner or manager if they would mind you weighing the packs. It is entirely up to their discretion and so depending on them you may receive different answers in different shops.

Even if you are allowed to weigh the Pokemon card packs in the store and have the time and equipment to do so it does not necessarily guarantee that you will receive a holographic card.

In fact, because the average standard weight can vary significantly when multiplied to make up a pack you would need to ensure that the weight of a pack is significantly heavier than the average to have any guarantee of buying a holo Pokemon card.

Why You Shouldn’t Weigh Pokemon Cards

Pokemon cards are not only collected by enthusiasts and avid collectors but are also a fun pastime for younger children. So, for this reason, many people think that you should not weigh packs as this will only hurt the children.

Although you may know exactly what to look for when purchasing a pack of Pokemon cards, allowing you a higher chance of obtaining a holo card, children will often not know this trick. So, essentially, you are taking all of the good cards whilst leaving the others to purchase the lesser packs.

Weighing cards is a good way for someone to spend as little money as possible whilst still collecting some of the more valuable cards. It can save them having to spend a lot of money to purchase the cards second-hand.

This can be an ideal situation for someone who appreciates and enjoys collecting Pokemon cards but may not necessarily have the money to be able to spend a lot purchasing second-hand desirable cards or waste a lot of money attempting to find one in a pack from the store.

Similarly, if you have already spent a lot of time trying to find a holo Pokemon card then you may not be in the mood to spend much longer searching for it. Weighing cards can help to save you time.

Typically, there is a one in three chance that you will end up with a holo Pokemon card. Although many can afford to take these odds, some collectors, even younger collectors, do not have the funds available. So, weighing cards can turn these odds in their favor.

Weighing Pokemon cards is not a new phenomenon. In fact, many people have been weighing cards for many years. This has led to the company adding code cards and other weights in order to try and deter people from weighing and guessing the contents of a pack of cards.

Even though it does have advantages to the person weighing the cards there are debates online about the morality of card weighing. Essentially, it gives one person the advantage over others, when the entire point of sealed packs is that you are unaware of the contents and the types of cards until you open them.

Some stores do not allow card weighing and so if you decide that this is something that you want to do you should ask permission beforehand. Remember that it is not a guaranteed thing, you may simply have a pack of cards on the higher end of the standard card weight average. Weighing cards will increase the likelihood of you getting a holo card, but not guarantee it.