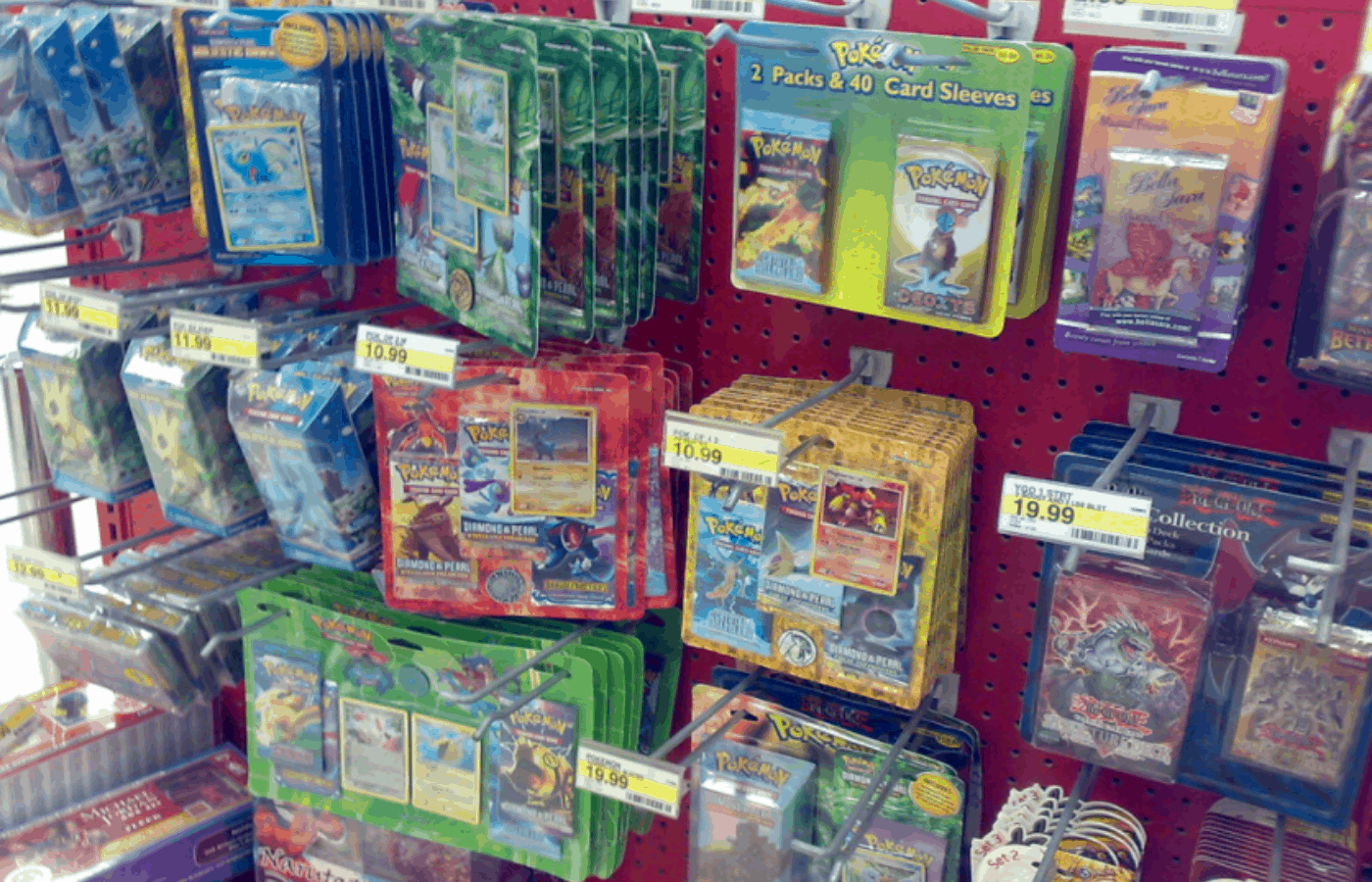 For many living in the United States, Walmart and Target are going to be the main source of Pokemon cards. After all, the stores are easily accessible, and most people head to these stores to regularly shop. Sometimes they may be out of Pokemon cards, though. So, when do they restock the cards?

Target and Walmart locations will restock their Pokemon cards overnight, a couple of days per week. it is dependent on the store on the exact days that the products are restocked. On the restock days, it is likely that the new cards will be available the very next day at opening. Or, in the middle of the night in the case of 24-hour Walmart stores. Let’s expand upon this a little bit.

Throughout the rest of this page, we want to talk a little bit about restock days for Pokemon cards at Walmart and Target.

The problem with us giving you a time that the restock happens is the fact that it is going to be different between Walmart stores. You will have to try and work out when your Walmart store restocks card.

For the most part, people have reported that the Pokemon cards are restocked on Thursdays and Fridays. We assume that this is to help ensure that the store has enough Pokemon cards to see them through the weekend. However, the time at which the cards are restocked will vary. There will often be a few people that go between the Walmart stores in a certain area and restock. So, some may have it carried out in the early morning, while others will have to wait until the afternoon.

If you ask Walmart staff when they normally get restocked, then they may be able to tell you. Although, we wouldn’t count on it. A lot of people may not even know! Since the cards are not restocked by Walmart, this is the sort of thing that they do not have that much knowledge of, sadly.

What a lot of people fail to realize is that Pokemon card restocks at Walmart are not carried out by Walmart. Instead, it will be one of the vendors that sell to Walmart. They will send in their own staff to put Pokemon cards on the shelf. This is part of the reason why it is so tough to predict when the Pokemon cards are going to be restocked. It is just a group of people going through Walmart to Walmart store. Walmart isn’t just keeping Pokemon cards ‘out the back’ that they can just restock whenever they want.

Walmart has not stopped selling Pokemon cards. During the latter part of 2020 and the early part of 2021, they were out of stock of the trading cards for long periods of time. This is because there simply wasn’t enough product being produced to keep up with the demand that people suddenly had for Pokemon cards.

Even now, you may find that Walmart is out of stock of Pokemon cards for a short part of the week. In many cases, these products sell out almost as quickly as they hit the shelves, particularly when it comes to the promotional products that contain much sought-after promotional cards.

Just like with Walmart, this is going to be dependent on the store. You will need to pay attention to when your Target store restocks.

Since most Target stores are not going to be open 24-hours a day, the best way to pick up some new Pokemon trading cards is to check out the store when they open.

One of the interesting things about Target, and we are going to discuss this shortly, is the fact that Target has rules in place on the number of products a person can buy from their Pokemon range. This means that, in some cases, you may find that Target is getting restock less frequently than twice per week. It may only be some of the more frequented stores that receive regular stock refreshes.

Just like with Walmart, the Target Pokemon cards are not going to be restocked by Target. Instead, that is all going to be handled by the team at MJ Holding. There may be some different distributors that deal with different Target stores. However, the bulk of the stock refreshes seem to be carried out by the staff from MJ Holding.

Yes. For a brief period in early 2021, Target did stop selling Pokemon cards. In fact, they ended up refusing to sell all trading cards. This is because the high demand for certain trading cards had caused a lot of violence in their stores. As a result, they decided to pull all of the stock from their shelves. This lasted for a little over a month.

In June 2021, they decided to put the stock back on the shelves. However, in order to prevent people from arguing in the Target stores, they had to have specific limits in place. Each person is only allowed to purchase 2 products from the range per day. It can be any two products. So, you could buy 2 booster packs and reach your daily cap. You could also buy 2 promo boxes and reach your daily cap.

It is unlikely that this is a policy which is going to be changing any time soon. There is likely going to be a shortage of Pokemon cards for the next few sets. This means that we would anticipate seeing Pokemon card restrictions at Target going well into 2022.

We do want to point out that the staff are going to be keeping tabs on the number of products each person has bought. They are really strict against this policy.

Remember, this is going to be a limit per guest. If you have multiple people in your group (i.e. multiple children), then you are allowed to buy 2 Pokemon products for each of them. Well, at least this should be the rule in the vast majority of Target stores.

Target and Walmart do not handle their own product restocks. Most of them are going to be handled by MJ Holding.

Due to the restocking being handled by an external company, it is tough to predict when Walmart and Target are going to be receiving new product. For most stores, it should be during the latter part of the week. This is to ensure that the companies have products that they can sell throughout the weekend.

Remember, if you head to Target at the moment, there are going to be restrictions on the number of Pokemon products that you can buy from them. This is going to continue for the foreseeable future.