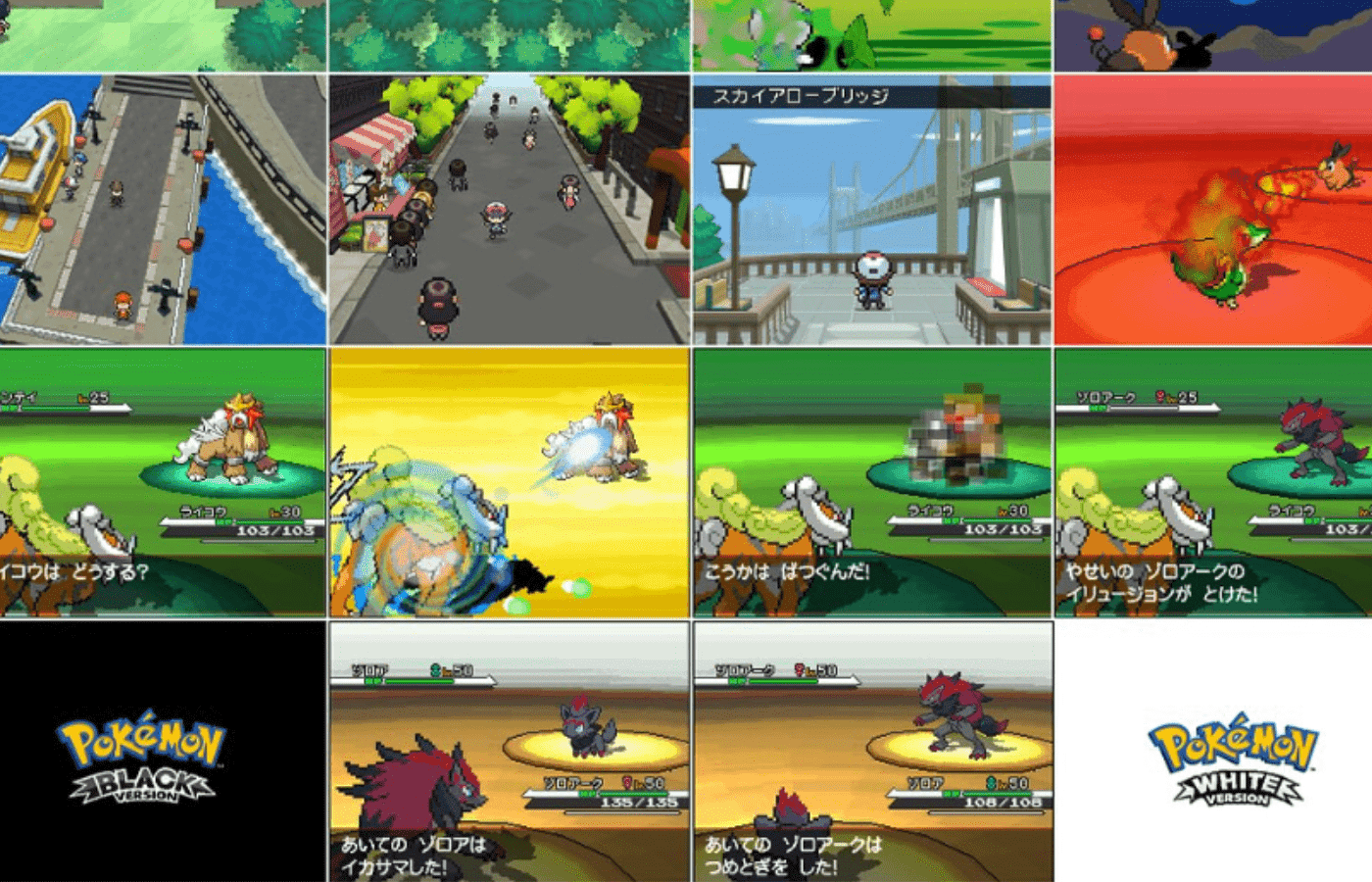 In the past, Pokemon games released in pairs would have minor differences between them. A couple of names changed. Different Pokemon. However, Pokemon Black and Pokemon White went down a different route. They actually had a whole area that was completely unique to each game.

It is a matter of what you want out of the game that would determine which one is better. While Pokemon Black offers a different shopping experience, Pokemon White included a whole area for catching wild Pokemon. This meant that there were over 30 Pokemon that couldn’t be found in Black.

Is Pokemon Black or White Better?

As we said, this is going to be dependent on what you want out of the game.

Pokemon Black offers Black City which changes in size over the course of the game. It offers more shopping opportunities for players, and there are various tasks to complete. However, the most important difference is that there is access to more trainers to battle. This means Pokemon Black is likely better for those that want a game that is very dynamic, or enjoy the battle aspects of things.

Pokemon White has White Forest instead. This is a wild area that provides access to 32 Pokemon that cannot be found in Pokemon Black. Pokemon White is perfect for those who are into the more collector-focused part of the game.

To check the current price and availability of Pokemon White, click here to view the listing on Amazon.

Pokemon Black sold a couple of thousand more copies than Pokemon White did. In the grand scheme of things, the overall difference in sales wasn’t that big. Although, you are more likely to find Pokemon Black available on the second-hand market, if you are looking to purchase it.

To check the current price and availability of Pokemon Black, click here to view the listing on Amazon.

Is There a Difference Between Pokemon Black and White?

A major area of each of the games is different too. As we said earlier, Pokemon Black has Black City, and Pokemon White has White City.

The story between the games is ever so slightly different, but we don’t want to give you spoilers here. Basically, the motivations of various characters is changed but, overall, the story is going to take you to the same place.

FInally, there are aesthetic differences between some of the areas in the games. Although, none of this will impact gameplay, it is more to line up with the story that is being told in the games.

Pokemon Black sold a few more copies than Pokemon White. However, as with most Pokemon games, the difference is negligible. This is owing to the fact that many people actually end up buying both versions of the game.

Why Black and White Are the Best Pokemon Games

A lot of people praise the story of Pokemon Black and Pokemon White. In fact, some would argue that the story is the most mature out of all of the games. It is fine for children to digest, but also has deep moments that really make adults think. We won’t go into more depth on that, just in case we give spoilers.

As we have mentioned several times, there were parts of the game that were drastically different too. Other than the sequels to the games, these are the only Pokemon games to feature major differences outsides of aesthetics and Pokemon.

They added more of an end-game to things. It was Pokemon Black and Pokemon White that eventually started our transition into modern Pokemon games where it wasn’t just about playing through the story, but there was something that you could accomplish at the end of the game.

Even now, people call Pokemon Black and Pokemon White the best games in the series.

Pokemon Black and Pokemon White are the two best games in the Pokemon series. The best one for you will be dependent on what you want from the game.

Pokemon Black is going to be the best choice for those that want to battle trainers and have better shopping experiences, and want their experience to be a bit more dynamic.

Pokemon White is the best choice for those that want a game that offers more opportunities to catch unique Pokemon, even if a few trainers have been removed from the game. Both offer great experiences, though.