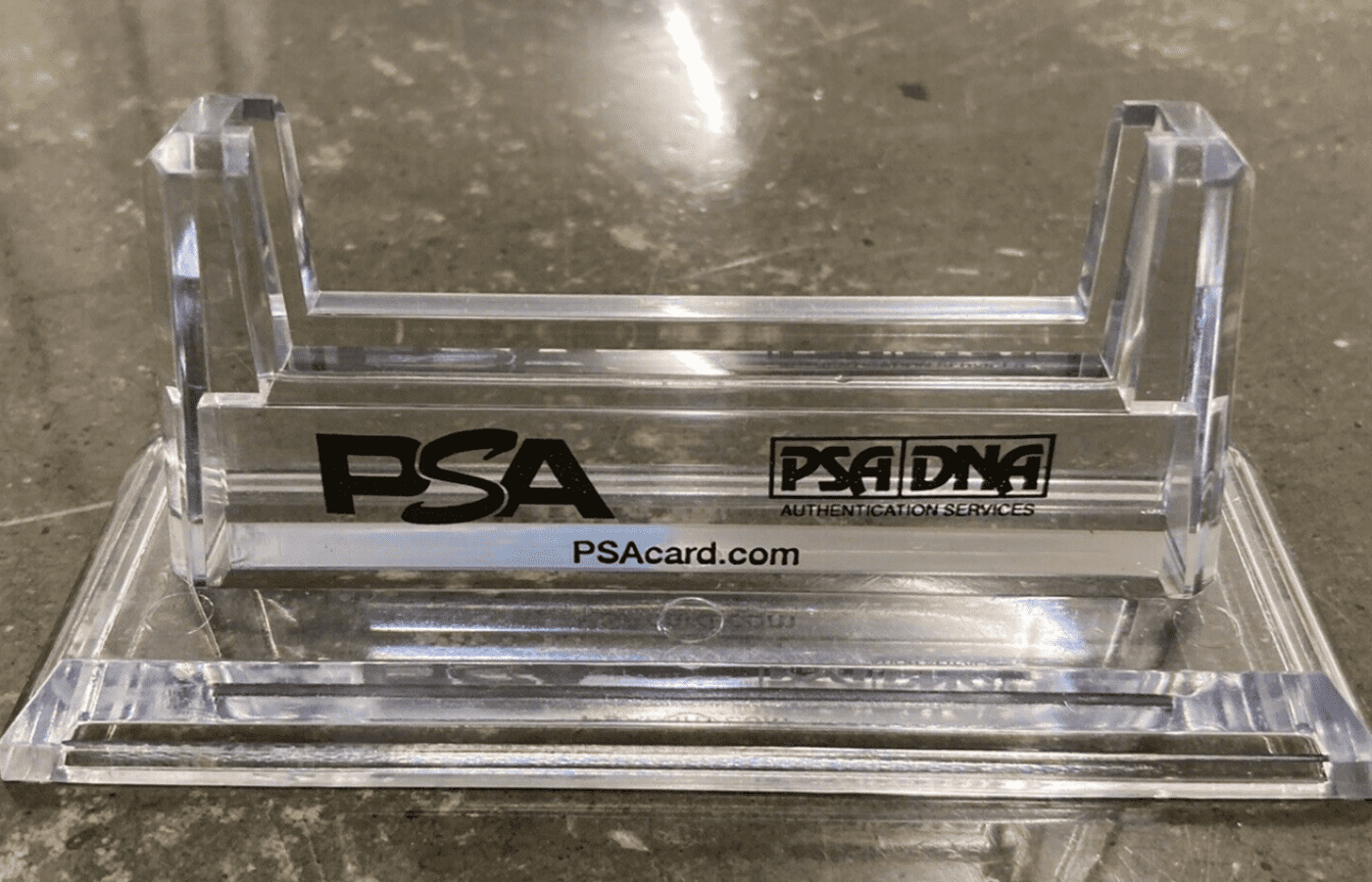 In 2019, a trading card grader and keen card doctor bought lower-graded cards, trimmed them and resubmitted them to PSA, also known as the Professional Sports Authority. PSA set the cards at a high value and the doctor made out like a bandit on eBay. So it begs the question, is PSA grading trustworthy?

On the outset, PSA is a third party authentication system that people have relied on for decades in the trading card industry. So, even on this factoid alone, nothing is certain. But, this mishap, whether intentional or not, means PSA isn’t as trustworthy as we may want to believe.

Aside from the 2019 snafu, there are other reasons to be skeptical about PSA and their grading system. For instance, they aren’t very forthcoming about certain things and they don’t have the best rating at the Better Business Bureau.

Since PSA’s inception in 1991 by David Hall, and certainly with other grading systems before, there has always been a question around trustworthiness and authenticity. Their first controversy started with a card Wayne Gretzky tried to authenticate through PSA, the T206 Honus Wagner.

This card, while building up the credibility and fame of PSA, was later exposed as a provable fraud. This trimmed and doctored card still sits in grade 8, the same one found to be fraudulent. Even the PSA grader of the card, Bill Hughes, knew the card had undergone alteration and still graded it high anyway.

Regardless of this event, PSA still saw a high demand for their grading services. And, even to this day, David Hall denies the card as trimmed. Although, it’s provable the card very much was a trim. But, this was the last scandal we know of for about 25 years, then the 2019 debacle popped up.

The 2019 Fraud with PSA Graders

PWCC is one of the largest trading card sellers on Ebay and accepted a host of trimmed cards. For instance they had six 1952 Mickey Mantle Topps cards that PSA put at a grade of Mint 9. One sold for $2.88 million. But, if altered, they may only value at around $20,000 and PSA is responsible for the difference.

So, PSA will, at all costs, try to avoid having to pay this. What further compounds the issue is that Collectors Universe, the parent company of PSA, doesn’t have the insurance to pay out such guarantees. Plus, they admit not having enough money to even begin to be able to pay off such a difference out of pocket.

The Devil Is in the Details

If you research the details of the scandal, you can see the graders and CEOs eschewing responsibility. They deny any wrongdoing and pass it off onto the trimmers guilty of the doctoring. While it might be true, they already have a history of grading trimmed cards.

But, there’s no way to really verify their claims and it’s difficult to believe anyone. However, one thing is certain, most people do not trust PSA any longer. How the company has handled this scandal doesn’t give customers and clients much confidence.

Plus, Joe Orlando, CEO of Collectors Universe, not only refuses to take responsibility for the scandal, but he once admitted something shocking. In a press conference, he said that most cards receive a grade in about 30 seconds.

This should be surprising to any serious card collector. If the brevity of time they take for evaluation wasn’t enough, his nonchalant and haphazard admission of it pours lemon juice on an open wound.

This doesn’t leave much time for thorough checking and evaluation. Such a brief time period to determine the value of a potential gold mine leaves one much to desire; especially where competence and credibility come into the picture.

Is PSA Grading Worth It?

While it may seem like PSA grading provides a level of certainty, recent events leave an even darker cloud and a bitter taste in the company’s wake. When you take into account the checkered past of PSA, you may be better off thoroughly educating yourself on the subject.

Even if you find a more credible grading service, it’s best to be a second set of eyes. This way, you’ll prevent conmen from taking you for a ride in an industry where integrity dwindles by a thread.

Can I Trust PSA with My Cards?

Unless you know a professional grader at PSA, you probably shouldn’t trust them with your cards. If you wanted to use them and their grading as a gauge, that might be okay. But you shouldn’t rely on them and, with somewhat shifty operations specifically with their graders, it’s best to find other options or ways of grading.

PSA simply doesn’t have the credibility or seem to care to deliver the right competence to be sure you’re getting a true grade. What’s more, even if you know your cards are substandard, you don’t know if you’re dealing with someone who’s going to turn around, doctor it and make a shifty profit.

It’s unfortunate that the world of trading cards has taken such a dive. So, while you may be looking for a way to check your collection against what it’s worth in regards to market value, PSA should probably become your last resort.

They have a history that’s far too shady. It’s a third party grading system with a history of obtaining fame from grading a trimmed card. Even after it proved to be fraudulent, they still maintain the grade. This paints a grim picture, not just for the company but also for the grading service industry as a whole.

Let’s face it, card trading isn’t what it used to be. Plus, since everyone is having a field day with dishonesty, you can expect more of a con job out of it than anything useful. Not that you can’t find some good people out there, but it is like finding a needle in a haystack.